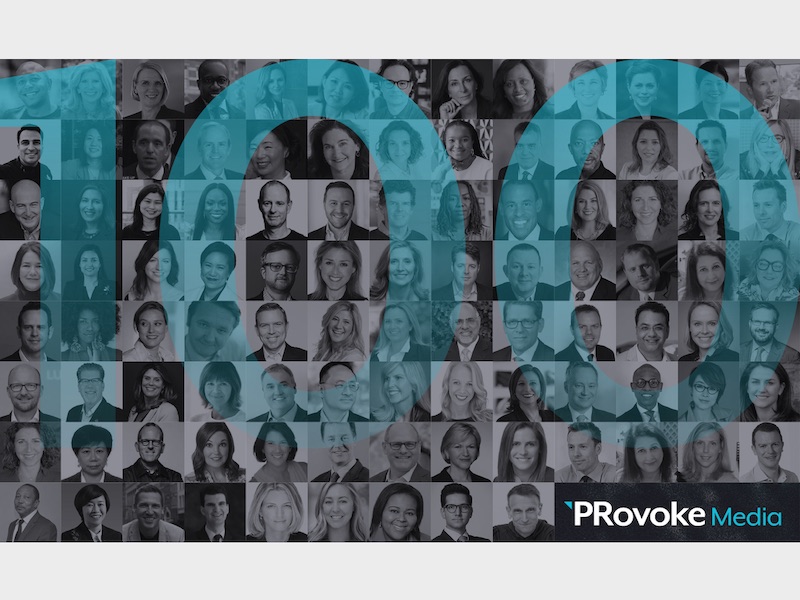 PRovoke Media’s annual report features in-house communicators nominated as CCOs and CMOs of the future, plus Crossover Stars who have moved into broader business roles.

LONDON — The Influence 100, PRovoke Media’s annual report on the world’s leading chief marketing and communications officers, has revealed the in-house communicators nominated as CCOs and CMOs of the future.

This year’s 20 Rising Stars have been identified by the 2021 Influence 100 cohort as well-positioned to be among tomorrow’s most influential global chief communications officers and chief marketing officers. A number of previous Rising Stars of recent years have made it onto the global Influence 100 list, including last year’s nominee Dara Treseder, head of global marketing and communications at Peleton.

The 2021 Rising Stars include 10 nominees from the US, two from Asia-Pacific, and eight from EMEA, including two from the UK. The list features 11 women and nine men. Many are already in regional or specific discipline leadership roles within their function, such as corporate and brand communications.

Also included in the Influence 100 are the Crossover Stars: PRovoke Media’s annual ‘Hall of Fame’ for those communicators whose career trajectory has extended beyond communications, marketing and sales into a broader core business function within their organisations.

The 11 leaders named as this year’s Crossover Stars are:

The full Influence 100 report, with profiles of all 100 influencers, demographics, and insights including their budgets and main areas of spend, how they work with agencies, diversity and the challenges and future of the CCO and CMO role can be found here.

The report also includes the Influence 100’s views on the PR agencies they most admire and future challenges for the PR agency world; the brands that have managed their reputations best and worst over the past year; and the political leaders who have communicated best, and worst, this year.