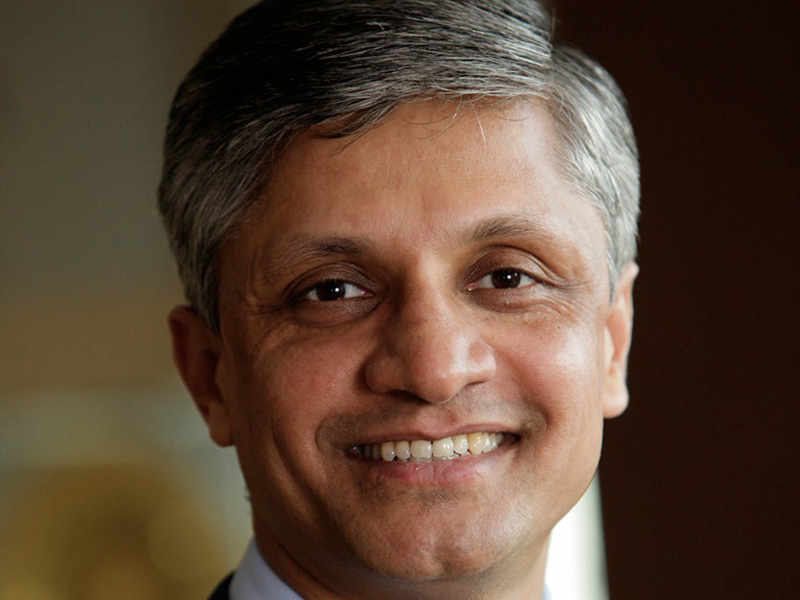 BG Srinivas explains why the Infosys reputation is a critical part of its growth strategy.

BG Srinivas was recently elevated to the role president at Infosys, amid a rejig of the Indian IT giant’s senior leadership. Srinivas, who joined Infosys in 1999, is charged with overseeing market-facing teams after helping to build three of the company’s key growth engines: enterprise solutions, financial services and manufacturing/engineering.

His promotion is viewed as a key element in founder Naryana Murthy’s plan to get Infosys back on track amid disappointing results and increasing competition from Tata Consultancy Services. In an interview with the Holmes Report at the World Economic Forum in Davos, Srinivas explains why the Infosys reputation is a critical part of its growth strategy and discusses how companies can rebound from serious public trust issues.

Does it surprise you that public trust in business in general is not higher than it is?

It does not surprise me, given the last couple of years of issues which have come about. Businesses and various challenges that businesses have faced and also businesses letting consumers down in terms of lack of transparency and issues that have come out of certain malpractices. But, again, not everything is broken. Not every industry, every sector, every individual organisation has been involved in that. But, yes, it has made big headline news and, definitely, a lot of effort has to go into rebuilding trust. Sentiments do not go away quickly unless you reinforce it and build back trust by not only talking about it but by demonstrating in action.

It’s difficult to generalise about business as a whole but do you feel that companies are cognisant enough of the fact that they need to rebuild trust?

Absolutely. Absolutely. The reason why is the biggest stakeholder, who was impacted by loss of confidence, is the client. Hence, it is important for the sheer survival and growth of any industry to rebuild trust. The second biggest shareholder, who is also impacted, is their own employees  — every employee wants to feel proud for working for an organisation that does everything right. So, the best talent, if you want to retain and attract — you need to rebuild trust from both and internal and external perspective. The third important shareholder is your shareholders and partners. It’s not just about your financial performance but it’s also about giving the confidence that you are doing things right, legally and ethically, and giving the confidence that you can survive on a sustainable basis. That’s the only way organisations can survive. It is very important to build trust and organisations are doing it. They are doing it through awareness campaigns, through internal actions – but there’s still a lot to be done. The work is not over.

Companies seem to find it very easy to talk about how they should rebuild their reputation, but they find it harder to put those words into actions. Why is that?

The first step companies have to take is to understand the root cause of the breakdown. Figure that out quickly. The subsequent actions to be taken are to show, through actions, zero tolerance for any such misbehaviour. And those are hard actions to be taken. Organisations have to revisit what has percolated. It’s also to do with the culture you have built at the organisation. One: a culture of trust, transparency and sharing. Two: the culture also prevents individuals from surfacing problems up. The problem will be too big before you get to notice if you don’t encourage people to surface the problems when they were small. If they have to rebuild that internal culture by restating the values and carrying that out, it takes time. That’s why it’s tough. You have to address specifics in each country.

Externally, also, to get your clients back onboard to have confidence in you, to ask your clients to have confidence in you, also means you need to be doing the same. It’s even more difficult as you’re not in touch with them on a daily basis, unlike your employees. Your communication mechanisms – how have you strengthened your governance, how are you managing risks – showcasing that confidence to clients, has to be done. It takes time.

Do companies have a lot of time?

It is not easy. The day-to-day operations have to run. Again, if you look at leadership, if you are really interested in getting growth back, getting your best employees to stay, getting more attractive, there is no option. So, while it is tough, I see it happening. Why is it so slow? You have a bandwidth issue as well. The faster companies adapt, demonstrate through leadership and invest in this. Even then it will take time but, at least, it is clearly demonstrable that companies have acted.

You talked earlier about the importance of the culture of a company. What role does leadership play when it comes to determining that culture?

The tone and everything else is always set by the leadership. It’s not what they say, but how leadership acts. For large corporates, it’s important that this is articulated as part of the charter — the values. That’s why you see most large organisations have a vision statement, articulating their mission and core values. And then, of course, how do you start measuring how you are performing on those? If you talk about client value as one value or transparency as another value. Are you demonstrating this in all of your internal actions, have you set your internal processes and systems to reflect that? Hence, the tone has to be set at the top. That’s how the culture percolates across the organisation.

A lot of companies that have faced problems have great mission statements and a great list of values. Many of the banks, for example. Why didn’t those save them?

The question is, what have these organisations done when the first breakdown happened? How quick was the action taken, how seriously was it looked into? For these actions you need to have zero tolerance. That’s one way of demonstrating there is no second chance. If that has not happened, you have not practised what you stated. And that’s when the culture starts to retract. Somebody figures out that an individual is getting away with whatever. Not only that, he is incentivised to do that. That’s when things go wrong.

One of the things you hear from companies is that they are not necessarily incentivised to behave well within a quarterly reporting cycle. They are incentivised to maximise profit within the quarter. Do you see any tension between those two objectives?

There will always be this tension. On one hand, organisations are measured on financial performance as well. Sometimes these two objectives are looked at as short term and long term. In my view, it’s not so, because if you have to be sustainable and profitable in the long run, you have to do everything also right in the short term. If you look at it as two paradoxical objectives, it won’t work. It has to be intrinsic to the company’s core values and financial performance. On matters of ethics and anything to do with compliance we should have zero tolerance, that’s the only way this will work. You see this in other industries as well. In countries where you have very high deterrents on, for example, driving, you’ll see much higher standards.

But you’re not talking about external regulation?

It’s difficult to put a percentage as such but, given that Infosys is a very strong brand — particularly in India — there is a considerable amount of time in which we focus on what the external perceptions are and what do we do about it internally. It’s very important, particularly in today’s world, that you make sure your brand reputation is protected. By itself, there is so much you can do in breaking down barriers and driving business growth when you have good brand recall. That’s why you need to continuously reinforce that and invest your time.