Please refer to our Privacy Policy for important information on the use of cookies. By continuing to use this website, you agree to this.
Home Latest Interview: As CCO, Matt Anchin Is Keeping Consumer Reports Relevant 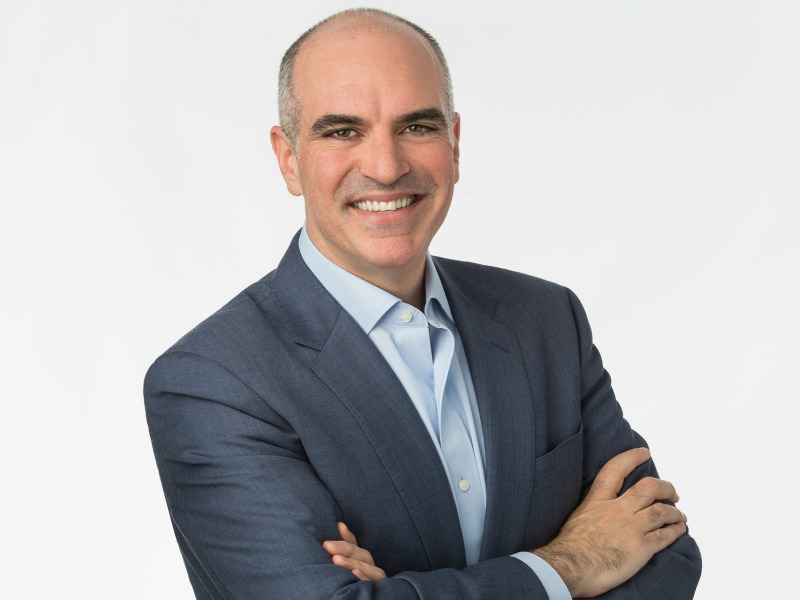 As CR undergoes a modernization, Anchin is using communications to keep the organization in front of 21st century consumers.

Matt Anchin joined Consumer Reports, now known as CR, as CCO slightly more than a year ago, coming onboard while the 80-year-old organization was in the throes of an ongoing modernization. CR has fundamentally changed from a subscription-based to membership model — a means of driving revenue as well as consumers’ stake in the nonprofit; Roughly 7 million members have signed on so far.

Despite the legacy of its name and ratings system, however, CR still faces the challenge of standing apart from rival product review sites, including those that consumers access for free. In turn, Anchin launched, and continues to roll out, a more aggressive comms strategy that puts CR, its research and its experts in the limelight via media relations as well as its own outlets. He spoke with the Holmes Report about CR’s three-tiered mission, its target markets and how to attract attention in an information-heavy era. An edited transcript:

Many people view Consumer Reports as a resource for product ratings. But the organization is bigger than that.
What we call CR now has three levels in its mission. The first is the media pillar, that’s the magazine and website, where you find news and reviews every day and has been a big part of our transformation. The second pillar is our advocacy, taking policy positions and mobilizing people around things like food safety issues. That (had been known as) our consumer unit,  but now we are now concentrating brand power and leveraging it and making everything one CR. The other level of what we do, which is unique to us, is our research and testing. We have 140 people across 60 labs, including hundreds of acres in Connecticut where we put cars through their tests. We test everything under the sun. The ratings themselves are another level. We tell the story consumers need. That is central to CR.

Describe CR’s transformation and what it means for both the organization and consumers.
It’s really about taking Consumer Reports, this iconic brand, and propelling it to be the organization that serves consumers and helps everyone for the 21st century and beyond. This is all about creating a better, safer, healthier marketplace for consumers to operate in at a moment when the dynamics, physics of economy and how we operate as a society — everything — has shifted. The mission couldn’t be more critical, so that stays the same as we transform.

What does that mean in concrete terms?
We have fully embraced us being a membership organization. This is a new model. When we looked at the research and anecdotal information, a lot of people already thought of themselves as members. We wanted to codify it and turn brand awareness up — that we are a nonprofit membership organization. As a nonprofit we have a double bottom line. We have to self-fund and we have to have impact in the marketplace – that’s raising safety standards and rights for consumers in the 21st century. And we want people to understand that when you become a member of Consumer Reports you are joining an organization, and that’s more than becoming subscribers or paying to get past a paywall. Our testing shows there are 65 million Americans who are looking for this. A big part of the transformation is making sure they are aware of us.

Who are those 65 million consumers you’re trying to galvanize?
We put them in two loose categories. The first are passionate change agents, people who will go out and evangelize products, people who want to enlist their colleagues, their friends and their families.  Savvy supporters are people who vote with their wallet. They want to make sure they make the right choice.

What are the communications challenges in reaching them?
Communications required a transformation to match where the brand has gone. It’s about being much more opportunistic than we have been in the past. We need to make sure we are getting the consumer voice out, the perspective of what the consumer needs — in the zeitgeist, day-in day-out. It’s velocity, variety and volume and collectively we are bringing that spotlight on us.

And that includes?
We want to work with the media in addition to being media ourselves, (stray away) from being more passive in the marketplace to being more active when the situation calls for it. That can be a collaboration like the one we did with ProPublica … around car insurance to see if, based on geography and income, people are getting the fair shake.  Based on data we saw, they were not. (It’s a way) of becoming more active and pushing that information out into the zeitgeist, and affecting marketplace change. We need to make sure that we are out there … editorially and pitching. It’s about how fast are we getting stories placed and how opportunistic we are being. We are inserting ourselves more frequently and in higher visibility locations.

Where does advocacy come into that equation?
It’s also about how we can be out there helping and doing. A good example occurred in early January. There were reports coming in that people were getting sick with E. coli, and it seemed like it was coming from romaine lettuce. The CDC didn’t want to put (a warning) out because they didn’t have enough information. But we said this is a health hazard, we want to make sure the word is out. We published a story, issued alerts to the media and used social media — and it was basically Consumer Reports issuing a recall on romaine lettuce. It shows part of our power is in being able to communicate to the marketplace and we are trusted and when we need to do we can spring into action and make sure consumers are protected.

Yet not everyone may like what you have to say.
When you publish information on any given day .. it’s inevitable if you put something out that’s not positive, you are going to have people poke holes in it and disagree. We want to be out there talking to them, which is a more active (position) than we have taken in the past. It’s not just about shifting the conversation. It’s going where the audience is and speaking the language they speak.

And convincing them to pay an 80-year-old organization for information when there is so much out there for free.
It’s really hard to cut through the clutter. But we bring a discipline and rigor that others don’t. And then we take a real world consumer experience and we start to design tests to meet what the consumer needs to know. We know our information is very reliable and now we have to cut through.