Please refer to our Privacy Policy for important information on the use of cookies. By continuing to use this website, you agree to this.
Home Latest Interview: Can Business Lead The Fight Against Modern Slavery? 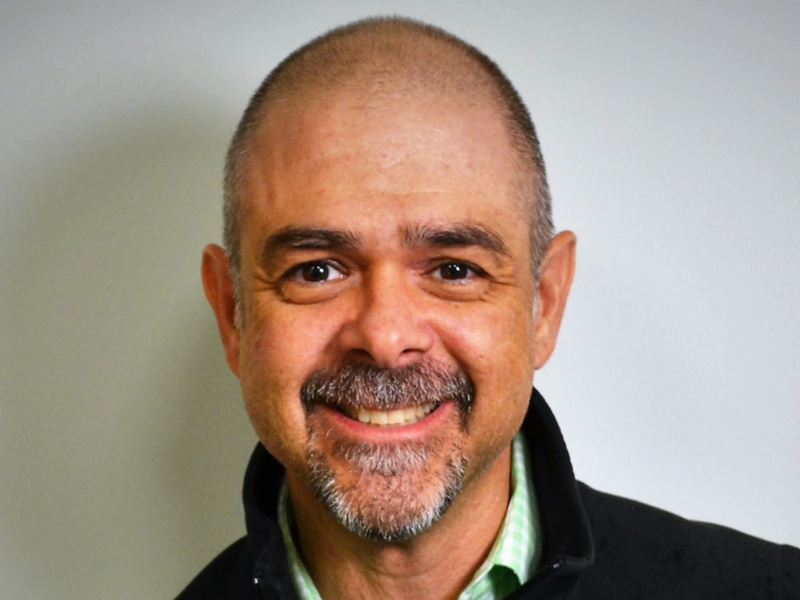 Interview: Can Business Lead The Fight Against Modern Slavery?

Freedom United CEO Joe Schmidt, who heads an 8 million-plus member group devoted to eradicating modern slavery and human trafficking, believes the issue touches "any company in the world who buys anything from anyone."

Generating an estimated $150bn a year, modern slavery is the second largest illegal industry in the world, topped only by the drug trade. Yet the problem has yet to garner the kind of widespread attention that other issues like the environment have. “I would say that there is an intrinsic fear of accepting the fact that modern slavery still exists, and a belief that we as a society moved past this with the Emancipation Proclamation,” says Joe Schmidt, CEO and founder of Freedom United, an online community of eight million-plus dedicated to ending forced labor and human trafficking.

In turn, Schmidt is calling on business to take the lead in eradicating modern slavery — not only because of the influence companies wield but also because of their culpability in allowing the practice to continue by allowing it to exist in their supply chain.“The difference between modern slavery and most other causes in the world is that modern slavery is grounded in a crime,” Schmidt said. “Companies will eventually realize that they are required to participate in this fight whether they want to or not.”

An entrepreneur and former CMO (Schmidt led marketing for CafePress after it acquired the business he co-founded, Canvas on Demand), Schmidt spoke to the Holmes Report about the Western world’s role in perpetuating modern slavery, what business can do to curtail it and the communications challenges of making that happen. An edited transcript:

First, the basics. What is modern slavery?

Modern slavery by legal definition is someone being exploited through force, fraud or coercion for the benefit of someone else without the ability to leave the situation. Globally there are more than estimated 40 million people trapped in modern slavery today, more than at any other time in history. What that looks like is a wide array of situations based on where it’s happening in the world. That consists of everything from sex trafficking, which we hear about in the US, to forced marriage, which we see a lot of in Asia but also here in the US, to forced labor which is the largest segment of modern slavery in the world today. So as a marketing and communications challenge, it’s difficult to draw a tie between all of them. But the good thing about becoming committed to this fight is it allows you to deploy your efforts in a lot of different ways. It can be from how you buy products, to which nonprofit you support to where you might volunteer.

How do you communicate that in ways simple enough to grab people’s attention?

We use every channel any online ecommerce company would use. We use all the same tactics. We use offline channels like PR. We leverage Google ads, we leverage Facebook organic as well as Facebook paid advertising and Instagram, Twitter and all the social media platforms that any good online marketing company would be leveraging.

It’s just like a business trying to build a global brand. The biggest challenge we face is the same most businesses face — building lifetime value of a customer. For us it’s a matter of building lifetime commitment to a cause. So we actually look at lifetime value in a linear fashion, which we call ‘the apathy to abolition continuum,’ moving a global citizen from low-knowledge, low-commitment to high-knowledge, high-commitment, and what are the stepping stones we have to present to move that along.

But you want people to fight for a cause, not buy something. That's a tough ask.

The nonprofit world has had a lot of pushback around the concept of slacktivism, defined as a millennial pushing a button on the Internet and signing a petition but not really deploying any real time effort — and not really having an impact. What we found is that what most of what the world would consider slacktivism is the first step in making a commitment to something. Just like a brand would consider the first time you click on a Facebook ad – that’s the beginning of a lead. For us, we have spent the past three years focusing on getting people to take that first action, which a lot of time in our case is signing a petition; we have 30 live petitions at all times. Once you take that first step, we view that as someone raising their hand and saying I want to be part of this movement, I want to learn more and take me on this journey.

Our entire platform is built on a learn, act and give model. We take someone through the education process and make them aware of modern slavery...to the point where they can be action-oriented through online activism, off-line activism, volunteerism and all the way to the point where the wallet is following, either supporting our organization or others. I believe that being an abolitionist should be a lifestyle choice just like being an environmentalist is a lifestyle choice.

How do you bring an issue like modern slavery home to people in a country like the US, many of whom don’t even know it exists let alone understand how they can effect change.

The largest areas we tend to focus on are forced labor and supply chains. The fact is that the UN estimates that slavery generates $150b of revenue, the second largest illegal industry behind drugs. It’s the buying and selling of the outputs of their efforts. In order for an industry to become $150b in size, the West has to be involved. We are the ones who are funding the majority of modern slavery that exists today. It exists in the products we buy, we just don’t know it. And sometimes the companies (creating those products) don’t know it. They either haven’t done the due diligence or don’t have visibility into their supply chains. (It’s) any company in the world who buys anything from anyone.

So where do you go with that?

Whether or not companies want to know about it or not government is waking up to the fact that there is (modern slavery being used in) supply chains and companies will be held accountable for it. Adidas has been committed to this space for years, and has won an award called the Stop Slavery Award for it. They have decided to make it a part of their DNA to make sure their products are free of forced labor. Delta Airlines committed to eradicating sex trafficking in the US by creating an awareness amongst their employees so they could recognize the signs, and a Sky Miles donation program to help move survivors back to their homes once they’ve been rescued. So companies have begun to step up and look at all aspects of modern slavery to see where they can best deploy their efforts.

Do you see that as being tied to the larger rise in corporate activism we’re seeing?

A company deciding that the environment is something they are going to build a social responsibility platform around is a corporate social decision. A company deciding that modern slavery is an element of their business they have to focus on will eventually be a functional decision based around law. The difference between modern slavery and most other causes in the world is that modern slavery is grounded in a crime. Companies will eventually realize that they are required to participate in this fight whether they want to or not. But we are definitely seeing early adopters. Some are doing it altruistically, some are doing it because it’s going to be the corporate landscape in the next 20 years.

Why are we only starting to recognize and act on this issue now? This is not a new problem.

It’s not a matter of any one person not being informed. There are two different fields of thought on this. One is that the picture is very wide but also disparate in what it looks like. So sometimes it’s difficult to tie all these different types of slavery together to turn them into a single focus and those stories are just not hot in the media today. Things are confusing when the bad guy can’t be identified very quickly. I would certainly agree with that. I would also say that there is an intrinsic fear of accepting the fact that modern slavery still exists, and a belief that we as a society moved past this with the Emancipation Proclamation.

Modern slavery doesn’t look like it did during the transatlantic slave trade, with ropes and chains and people being bound. So this is all very new to the world, even though slavery is the oldest crime. We hopefully will be the last abolition movement in history. But the effects that (modern slavery and trafficking) have on the victims and the survivors are very real and deserve the effort and attention of the world.