Please refer to our Privacy Policy for important information on the use of cookies. By continuing to use this website, you agree to this.
Home Latest Interview: CEO Paul Taaffe On The Future Of Huntsworth's PR Firms 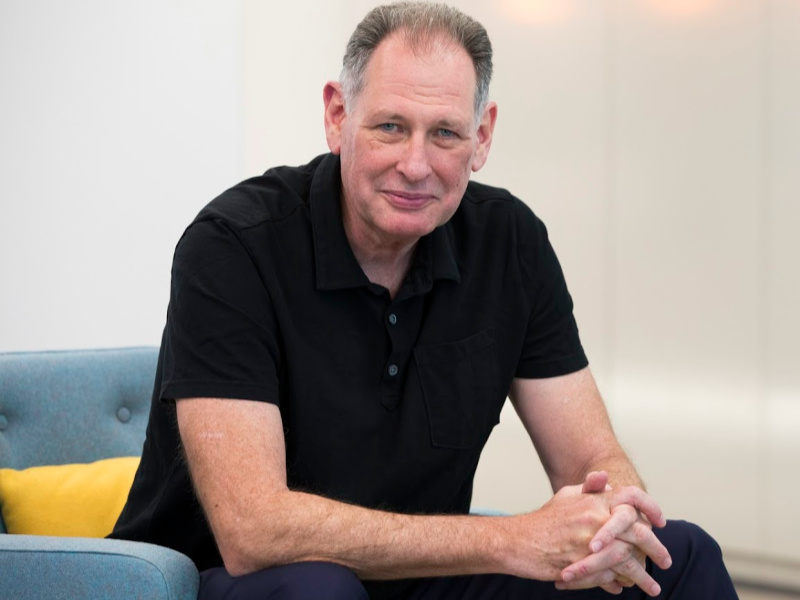 In an interview with the Holmes Report, Paul Taaffe discusses how he has pulled Huntsworth's PR agencies out of the doldrums and where they go from here.

There was good news from Huntsworth’s PR firms — Grayling, Citigate Dewe Rogerson and Red Consultancy — in the trading update issued Tuesday, the likes of which haven’t been seen in a while. “The communications division saw an acceleration of growth in the second half and will achieve full year revenue growth of c. 2% for the first time in several years,” according to the update, which covered the business in 2019 through Nov. 30.

Which is no small feat, given where the communications division (which also includes Quiller Consultants) was at five years ago. The group had barely grown since the onset of the global financial crisis, suffering from an over-exposure to Europe and an inability to reach critical mass in North America and Asia-Pacific.

It was at that time that Huntsworth hired Paul Taaffe, a former H+K Strategies global CEO who had been overseeing communications at Groupon for the previous four years, to succeed founder and CEO Lord Chadlington.

Since then, Taaffe has been rolling out a carefully crafted plan to lift the comms group out of the doldrums, which, if Tuesday’s report is any indication, seems to be gaining traction. The first steps, executed in early 2015, included widespread restructuring in the PR group, and resulted in the company’s first year of growth since 2011. Taaffe has also doubled down on building Huntsworth’s more profitable healthcare division. In the last two years, Huntsworth Health has made four acquisitions.

In an interview with the Holmes Report, Taaffe discussed the evolution of the business, the state of the PR industry and his plans for 2020 and beyond. An edited transcript:

How far along are you in your plans for Huntsworth?

What are some of the recent moves you’ve made organizationally?

We’ve done some early stage investments in different parts of the businesses. Employee engagement, learning delivering systems, measurement, where learning works in an organization, capability building in teams, mega global internet support. It’s a lot of stuff that affects communications but not within the way we structure our company.

If we look at investing in the course of 2019, we started connecting our PR agencies much more together physically. In Paris, Citigate and Grayling moved into the same office and that’s proved to be a great success and they have already begun collaborating. [Huntsworth also split Citigate’s UK staff between Grayling’s and Red Consultancy’s offices.] Increasingly, some clients don’t want to have four or five agencies if they’re asking for measurement, public affairs. Citigate corporate has moved in with Red because that has social, digital and consumer clients. So [Red] has access to that. Getting that kind of collaboration takes a couple of years and I think we’re going to be in a pretty good place for that.

What are your plans for the PR agencies moving forward?

Helping these agencies do better in what they do well. Clients still want to know agencies have expertise and these brands still represent very specific expertise. We are extending that expertise and are already looking at where they can collaborate and integrate. There will be more of that in 2020. In September, we unified Grayling in Europe, and we’re seeing very good [traction] in Europe as a result of that. Our public affairs offer is one of the largest in Europe and we will continue to expand that in 2020. Germany is a priority. I see a lot of opportunity there.

Do you have any plans to sell the PR firms?

The PR firms are doing all the things they said they would do. They have returned to growth and their margins are starting to improve, so owning them is great and giving us additional capacity on the healthcare side. We are very committed to comms.

How do you see the market for communications firms evolving?

There is a lot of debate, especially among PR companies that try to be like ad agencies. I think there is an increasing demand from more brand-based clients for that kind of flexibility in their PR services. But fundamental PR is growing and broadly growing across the world. The basics of what PR agencies do is growing and I see that demand growing by the fact there has been a broad debate between PR and advertising and digital agencies about who is best positioned. The answer is that they are. But PR has proven over the last two years that they can produce results faster for less cost and that is getting attention from non-traditional marketers.

Speed and localization are an increasingly important part of the needs of marketing, and speed and that kind of localization and reducing costs are the three broad areas they are assigning to the criteria of assignments. PR has proven itself in the last couple of years to be adept at that and it’s one of the drivers of demand. If you look at the growth rates of most of the big PR agencies or groups with holding companies relative to marketing services, they are seeing more growth … versus advertising or branding agencies. I think PR is taking more of the marketing [budget].

How do you think holding companies need to change given the pressure they’re under?

A lot of those traditional holding companies have a lot of fundamental issues. They are under the pressure [of] profit margins. They are too dependent on the media part of the business to drive their profit. They did not evolve their ad models and so ad agencies, particularly in the US, are having terrible times. They have all the issues at the same time clients are wanting more technological solutions. It’s like flying the plane while fixing the engine.

Do those problems affect your agencies?

Their problem is my opportunity at a time when there is nearly full employment in key markets we operate in. I think talented people would rather work in a smaller group like ours. We care about the cost but we don’t obsess about it, as long as our brands are within their broad targets.

[Agency leaders] would rather be spending most of the time with their teams and clients and not with the holding companies. But holding companies are siphoning the time of their best people into management and cost control. Most of the people who run these agencies are great at finding creative solutions and finding great people to deliver on them. We have recruited a lot of people, especially for PR agencies across our group, and it hasn’t been difficult.

Where did Grayling go wrong and how has it been turned around?

I think there wasn’t a lot of investment in it, and in these businesses you keep investing in people and systems. They had too high a margin target so they could never invest in their own business, [and] bad acquisitions. And there was fatigue. They had been through too many wars. When you [are holding to] margins and chasing revenue, people try to work for clients at any price. I hate unprofitable clients. They burn your people out. They work too long, they don’t get pay increases, clients become abusive. It doesn’t mean you can change every client but some clients are not worth having. And I don’t think big holding companies have come to that conclusion yet.

Two years ago we started eliminating egregiously unprofitable clients. Surprisingly some of them started paying more. It was mixed. But it changed the energy for a lot of the agencies because now people have better, constructive relationships with clients, get paid for what they do, and can hire people. That’s what Grayling in the UK has done — hired creative people, expanded capability in the UK —  and that led to enormous dividends. If you have great people and great clients growth naturally returns.

What is your plan for Citigate?

We are doing quite well in Asia, we moved to Taipei a year ago and Tokyo and expanded in China. Broadly we will continue to be a stronger presenced [sic] in Asia, particularly as Chinese companies are trying to communicate globally, huge numbers of major multinational Chinese companies who are understanding they now need a new way of communicating with the Western world and equity providers. We like Citigate. They have a very strong niche and over the last 12 months we have [driven an] expanded offer and that’s being seen in clients buying their services.

Red is just a powerhouse. Red is such a class business, class agency, working with some of the biggest brands in the UK. They will move into more sectors because they understand how these large clients (operate), they’re looking at expanding healthcare, financial services and expanding in tech and e-commerce. They are great and they win a huge array of the awards, not only in traditional PR but also marketing. Expanding that capability into new sectors continues to be a major focus on Red.

Will there be any more management buyouts on the cards after Grayling MENA?

Not that I am aware of. I feel strongly about each one of the brands and the comms group as a whole. We now have a COO [Neil Jones] who is chief executive of that group. We are seeing a lot of interest in areas like cooperation, creating capabilities for our agencies and working together. We will continue to invest in their existing strengths and in the next three years are looking to expand them further. Right now we’re less concerned with our geographic footprint than doing well where we already are strong.