Please refer to our Privacy Policy for important information on the use of cookies. By continuing to use this website, you agree to this.
Home Latest John Doe Merges With Wire To Form Integrated Agency 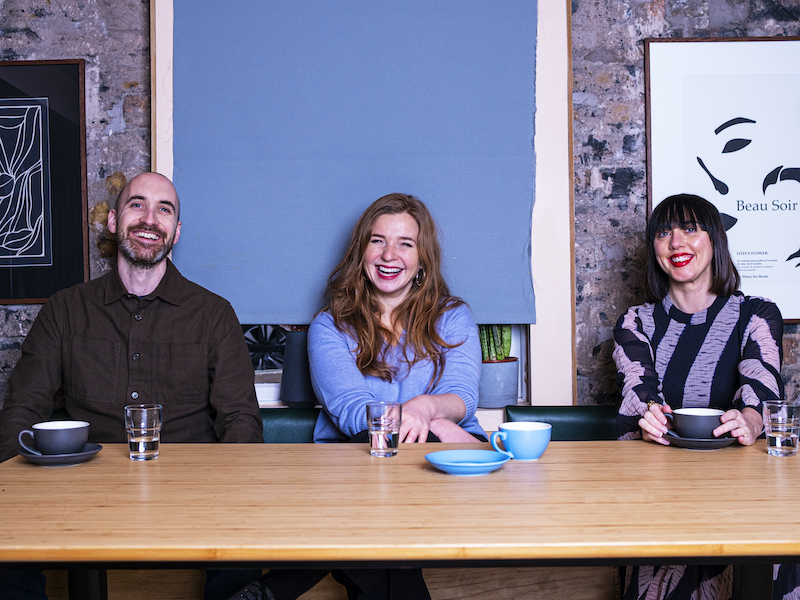 The new group is based in London, Glasgow and Manchester and offers PR, advertising, research, planning, experiential and a creative studio.

LONDON — John Doe has merged with Wire, which has offices in Glasgow and Manchester, to form an integrated agency offering PR, advertising, research, planning, experiential and a creative studio.

The newly-named John Doe Group has a team of 38 and revenue of more than £3 million. It will be led by three equal managing partners: Lee Beattie (pictured, right) as chief executive, Magin Trewhella (left) as chief strategy officer and Pam Scobbie (centre) as chief creative officer.

Rachel Bell, who founded John Doe in 2010 and has been chair of Wire since 2019, will remain in her role as chair. She said: “In combining agencies, we’re bringing together a huge pool of talent. They are without doubt the agency to watch and that’s why this merger is so exciting.”

Trewhella, previously the youngest-ever head of marketing for Pernod Ricard, has been at the helm of John Doe for three years, attracting brands including Facebook, Instagram, Red Bull and Jameson, as well as driving the agency’s commitment to diversity.

“When I was client side, I never wanted a traditional PR agency,” said Trewhella. “I looked for a clever group of people who were unafraid to challenge me and passionate about brilliant creative work. My ambition returning to John Doe in 2018 was to build the agency I couldn’t find. A place that was equal parts smart, committed, honest and brave. That cared about action on diversity, the positive impact we can have on society and recognised the business benefit of doing both.

“In the three years since I took over, we’ve achieved so much, but by coming together with Pam, Lee and the amazing team at Wire, we will refine, sharpen and scale that vision to take the John Doe Group to another level. Our ambition is massive and it’s going to be transformational for those we work with.”

Scobbie said: “There’s an amazing energy in the agency that feels like part rebellion, part renewal. It doesn’t just come from the merger; it’s driven by the fact there’s never been a better time to build brands that genuinely matter. There are too many empty words and gestures flying around our industry and it’s killing brands.”

John Doe Group will also include a new ventures arm to build its own brands. The first, Socialeyes, is a virtual venue hosted by entertainers, with a percentage of all events going to good causes. Other brands are planned for introduction later this year.

The team is also working on a new platform to help clients understand consumer audiences better, including under and misrepresented communities.

Analysis: PR Players Aim To Claim Their Space In The Metaverse
Diana Marszalek
// 20 May 2022
View All