Please refer to our Privacy Policy for important information on the use of cookies. By continuing to use this website, you agree to this.
Home Latest John Saunders Succeeds Dave Senay As FleishmanHillard CEO 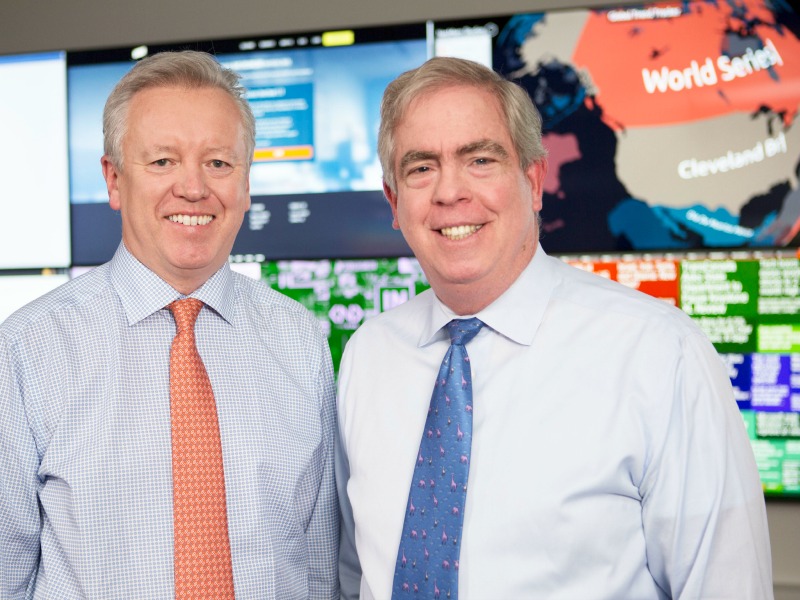 FleishmanHillard has named John Saunders as president and CEO to replace Dave Senay, who steps down after 32 years with the Omnicom firm.

Dublin native Saunders will begin his new duties effective today, after serving as Fleishman's EMEA president for the past four years. Saunders relocates to FleishmanHillard's global HQ in St. Louis, but will continue to hold the EMEA leadership reins as well.

Speculation has grown in recent months about Senay's succession, centering on the expectation that he would step down in 2016 after a decade as the firm's CEO. Senay told the Holmes Report today that, when he took charge in 2006, he committed to a decade in charge — "I’m in my tenth year now."

Accordingly, Fleishman began a leadership evaluation process last year, with Saunders emerging to claim the top role. "Why go through some pretentious waiting period?" asked Senay, referring to his immediate exit from the role. Saunders, he said "is ready for primetime now."

Unsurprisingly, other contenders for the CEO role are believed to have included members of Fleishman's senior team — Americas president Jack Modwelewski, Asia-Pacific head Lynne Anne Davis, and JJ Carter, who now oversees Fleishman's East and West regions in the US.

"He is a proven leader with a global perspective,” said Dale Adams, chairman and CEO of Omnicom's DAS unit, which houses its PR firms. "He has helped grow and develop people and offices and a region during challenging times. He is an inspiring communicator and a natural collaborator and relationship-builder. In today's ultra-connected world, he will help FleishmanHillard link its employees and clients with the many best-in-class companies that are part of the Omnicom/DAS network of companies."

Saunders told the Holmes Report that deepening relationships with other DAS and Omnicom firms, including the likes of Porter Novelli and Ketchum, is a priority.

"If you look at how FleishmanHillard and Ketchum have collaborated for Philips, under the OneVoice brand, for the past half-dozen years  — there has nobody that has come close to emulating that," said Saunders. "And clients are looking for that. It’s in our enlightened self interest to encourage that."

Saunders added that he would welcome the prospect of further consolidation, following the UK merger of Fleishman and Fishburn. "I would hope so," he said. "I would hope that we can persuade other firms both inside and outside Omnicom to partner with us because we’re very good collaborators. We see it as a partnership."

"After 32 years in the agency business, knowing only this life, I am really looking forward to rediscovering life," said Senay. "It doesn’t mean I won’t dabble in communications here and there. But I am done being a major agency CEO."

"Dave served FleishmanHillard with distinction across a variety of roles before becoming only the third CEO in the firm's history," added Adams. "As CEO, he was ahead of the curve in recognizing the profound changes taking place in our industry and helping FleishmanHillard evolve to meet those challenges. Along the way, he became one of the industry's most respected leaders."

Saunders has spent 25 years with Fleishman, after forming Irish firm FleishmanHillard Saunders in 1990. In 2004 he was appointed regional director for Europe, and in 2011 he was elevated to the role of regional president for EMEA. Under his leadership, the firm was twice named European Consultancy of the Year by this publication, in 2009 and 2010.