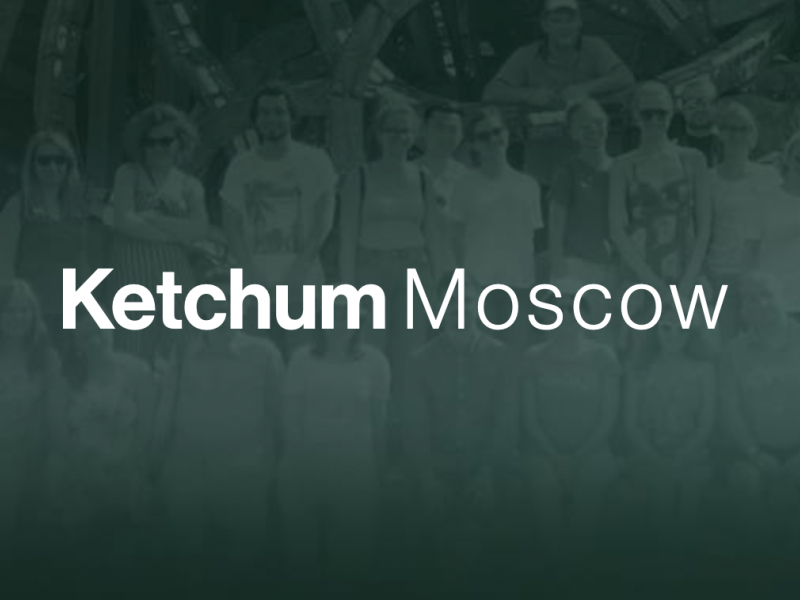 Ketchum is pulling out of Russia, turning over control of its Moscow office to its original founders.

MOSCOW — Ketchum is the latest PR organization pulling out of Russia in response to its fierce invasion of Ukraine, turning over control of its Moscow office to founders Michael Maslov and Serguey Chumin.

“Ketchum will be disposing of its owned operations in Russia. This decision impacts Ketchum’s majority-held office in Moscow, which will no longer be part of the Ketchum-owned network,” the Omnicom agency said in a statement Wednesday. “As soon as formalities are completed, the Moscow office will be independently led by its original founders and minority owners, Michael Maslov and Serguey Chumin, as it was before integrating into the Ketchum network in 2010.”

In a memo to its global leaders, Ketchum said that it had “deeply considered our path forward following the Russian government’s invasion of Ukraine,” resulting in its decision to pull out of Russia.

Ketchum, which has a sizeable office in Moscow via its previous acquisition of Maslov PR, was Omnicom’s only wholly owned PR agency in Russia. The firm previously counted a lengthy relationship with the Russian government, which came to a close in 2015.

“To us, our Moscow team are colleagues and friends. We care a great deal about them and about the bonds we’ve forged for each other and for clients for more than a decade, which is why we gave this situation the appropriate thought and consideration it — and they — deserve. They contribute so much to our global community, and we will make every effort to take care of them during this time of change,” Ketchum wrote.

“This is an incredibly difficult time for our Moscow colleagues, many of whom are deeply concerned for the health and safety of their family and close friends across the border in Ukraine. The impact of this war is felt all over the world, but our hearts are with those in Ukraine and Russia whose lives are being forever changed.”

In ceasing its Moscow operations, Ketchum joins a growing list of PR agencies and holding companies that have stopped doing business in Russia, or with Russian organizations, since it invaded Ukraine nearly three weeks ago.

FleishmanHillard, also an Omnicom agency, has distanced itself from Russia by divesting from its Moscow affiliate, FleishmanHillard Vanguard, while firms including FTI Consulting and Mercury dropped Russian clients in keeping with US sanctions.

On Tuesday, Publicis Groupe became the third of the major marketing holding companies to pull out of operations in Russia, ceding the ownership of its agencies to local management as the invasion escalates and the humanitarian crisis in Ukraine deepens.

The move follows WPP’s statement last week and IPG’s announcement Monday that they were also withdrawing from all Russian agency operations, across disciplines.