Please refer to our Privacy Policy for important information on the use of cookies. By continuing to use this website, you agree to this.
Home Latest Ketchum Hires Consumer Brand MD From W Communications 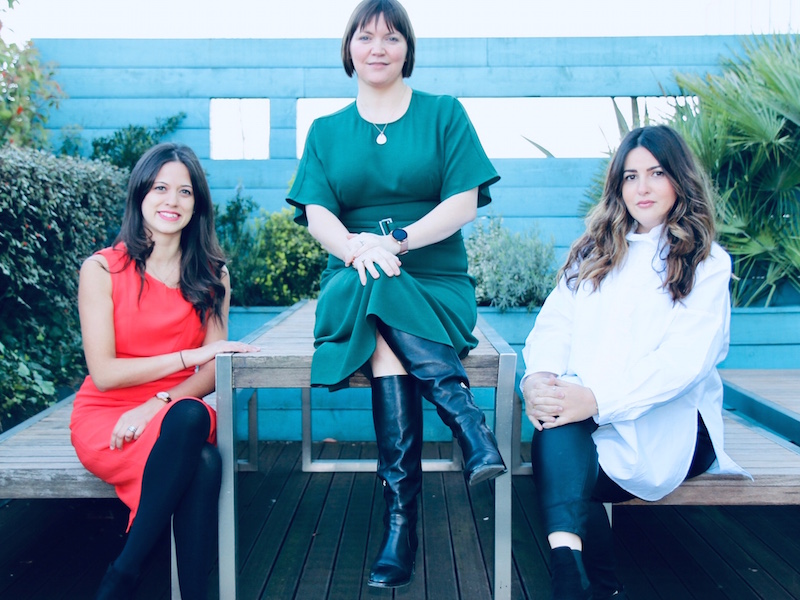 Sophie Raine joins the agency in the newly-created role after six years at W, with Alicia Solanki as deputy.

LONDON — Ketchum has hired Sophie Raine in the newly-created role of consumer brand managing director to “inject some more swagger” into the agency’s London offer.

Raine (pictured, right) joins Ketchum after six years at W Communications, where she was latterly deputy managing director. Before that, she was at Frank for six years.

Speaking to PRovoke, Ketchum London CEO Jo-ann Robertson (centre) said: “I didn’t have a specific role but I was looking for fresh consumer brand talent and I couldn’t find anyone who really excited me with their energy and ideas until I met Sophie and the magic happened. Within about five minutes I knew she was someone special in our industry, and in terms of what she could achieve in a big agency.”

Robertson created the consumer brand MD role for Raine in November, a few weeks before she went on maternity leave with her second child. Robertson said: “Not being one for convention, when Sophie told me she was pregnant, instead of pausing, I was determined to show her that she could still progress her career in a big job.

“We got her in as soon as possible – luckily W allowed her to exit early – and she spent a few weeks getting to know the team and creating a blueprint for what we needed us to do while she was away.”

Raine, who is on maternity leave for the next few months, told PRovoke: “People kept telling me Jo-ann was doing amazing things at Ketchum and that we’d really get on. I didn’t know what I wanted to do, but I was looking for a change, and when we met I was really impressed.

“Through a long, candid process I could see there was an amazing opportunity to develop my career, doing really good work that impacts the client’s business, inject a bit more swagger into the agency, and push the boundaries of what people expect from PR.”

At the same time, Ketchum has promoted 15-year staffer Alicia Solanki (pictured, left) to become Raine’s deputy. Solanki joined as a graduate and has worked in various parts of the business, including corporate and healthcare and Ketchum London’s biggest client, Samsung.

Robertson said: “Given how big our consumer brand community is, we decided that Sophie needed a deputy to support her. Alicia was the ideal candidate – she’s relentlessly curious, highly commercial, and all about excellence and our people-led culture. She’s the right person to create a magical partnership.”

Solanki added: “We bring a really complimentary skillset. I’ve always been at the edge of corporate and consumer PR, and together Sophie and I can drive forward big legacy clients like Samsung, P&G and Philips. I also want to focus on product and service innovation, as we evolve into a more consultancy mindset.”

Robertson said her ambition for the new team was to be “the hottest consumer brand shop in town.” She added: “When you look under the hood at the breadth and depth of the work here and the impact it’s having for clients, it’s insane. We’re doing way more than earned strategy and execution – the new team gives us an opportunity to really elevate and attract consumer brands who might not have thought of Ketchum.”