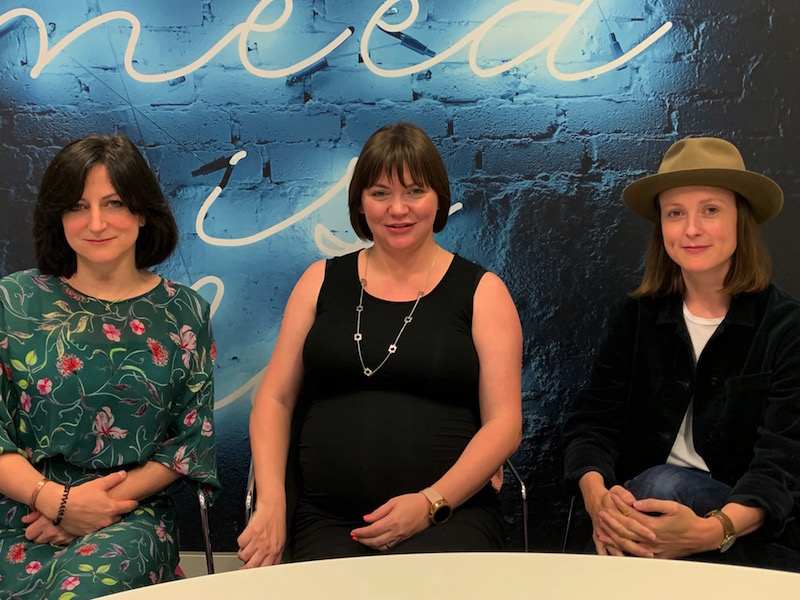 The agency has brought two strategists on board from Edelman, as well as a new creative director from OMD.

LONDON — Ketchum London CEO Jo-ann Robertson has brought three female directors on board to build a new strategy and creative team at the agency, the Holmes Report can reveal.

Ketchum’s previous strategy and innovation officer Bert Moore left the firm in February this year. Robertson (pictured, centre) told the Holmes Report: “Bert leaving was an opportunity to take a new approach to strategy and creative. We’ve made huge leaps over the 16 months since I took up the CEO role, especially in terms of mid-level talent, but there’s so much up for grabs in this industry if you have the right strategic and creative team.

“I’ve hired an amazing group of smart women with great chemistry. I’m delighted that Kristy has come on board and bring such breadth and depth of experience, while Jo and Helen have already elevated how we think about our client’s challenges.”

Robertson said recruiting the right ECD in particular had proved to be a challenge: “The first 30 CVs were all traditional white male creatives, and I refused to start the recruitment process until I had a more diverse set of candidates. You do have to work hard to achieve any kind of diversity in the process.”

Tatchell (pictured, left), who has also worked at Lowe and Saatchi & Saatchi as a senior planner, said: “I’m really excited about this role because it brings together two or three strands of my career, and there’s the attraction of bringing some of rigour of brand planning into an earned space. It’s about telling an authentic story and letting it flow out rather than rigid messages in a fixed campaign cycle. It’s a brilliant opportunity at an important time for the industry.”

She said her working relationship with Chapman — as well as Edelman, the pair also worked at Saatchi & Saatchi at the same time — was also a perfect fit for what Ketchum was trying to do: “Helen and I both believe in being super-agile and a little bit ingenious, and our partnership is a show not tell version of what collaboration really means. We’ve already encouraged the teams to think in terms of their mission for clients, whether short-term projects or long term, so they focus on objectives.”

Holland (pictured, right) has a non-traditional creative background in event production, graphic design and project management, and has worked in-house at Red Bull, Burberry and Selfridges before moving to OMD. She said: “Ketchum has amazing clients and we can build on that model, uniting creative and strategy for great thinking and execution so they see we can be bigger, better and faster.”