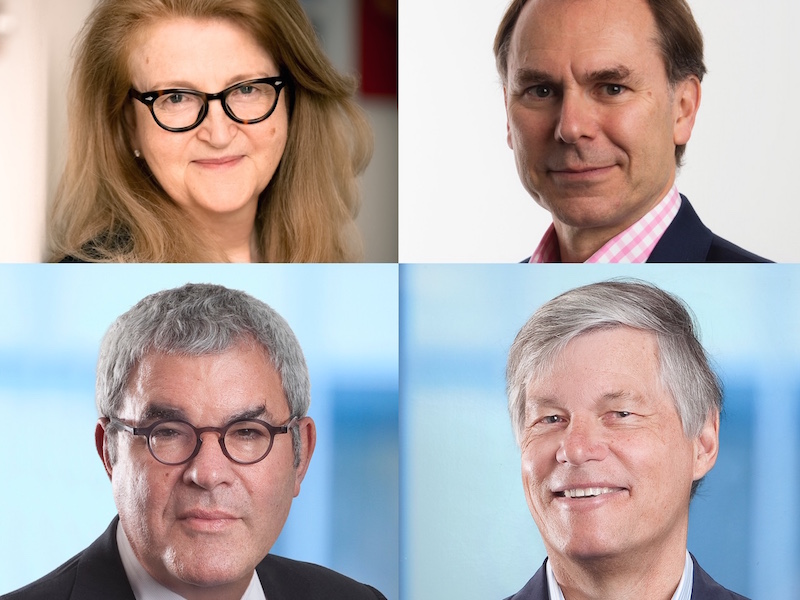 UK independent Lansons has acquired the New York financial services specialist as the first step in a global expansion plan.

The acquisition — described by Lansons CEO Tony Langham as “potentially game changing” for his firm – will give Lansons an annual fee income of around £13 million, up from its current figure of almost £11m. The deal sees Lansons acquire an initial 51% of Intermarket in cash with the remaining 49% stake to be purchased in two additional tranches over the next three years, based on the performance of the business.

Intermarket was founded by Matt Zachowski (pictured, below right) and Martin Mosbacher (below left) in 1986. The agency has worked with Lansons as part of its Global Communications Partners (GCP) network for several years, including collaborating on clients.

The US agency will be rebranded as Lansons Intermarket by the middle of this year. Both Intermarket founders will continue in their leadership roles, with Zachowski serving as CEO and Mosbacher as executive vice chairman.

They will report to Langham (pictured, above right, with Lansons co-founder Claire Parsons), who also becomes non-executive chairman of Intermarket. Lansons currently has over 100 staff, while Intermarket has 17.

Langham said the two firms had “strong synergies” in terms of “the sectors we work in, in our sense of independence and in our commitment to client service.”

He told the Holmes Report: “Intermarket approached us at exactly the same time we decided New York was a key market. Many of our international clients have a footprint in both London and New York and major businesses are seeking more international consultancy. This presence in the world’s biggest communications market provides considerable opportunity and potential for long-term growth at a time when companies are striving to define their purpose globally.”

Langham said the agency was planning further expansion, with Europe next on the agenda: “We’re a private business so we won’t be buying multiple offices all at once, but the next target would be an agency in Germany with strong Brussels relationships. But we’re not looking yet — we want to concentrate on making this work first.”

Matt Zachowski told the Holmes Report that the acquisition felt like a good fit: “Lansons has been a terrific partner over the years and it made sense to combine our expertise. We’re very excited about adding new services through Lansons like video production, internal comms, research and data that have become crucial to marketing and PR programmes, and there’s been a lot of enthusiasm from the clients I’ve talked to. We’re culturally very similar to Lansons, we’ve admired Tony and Claire from afar and now we’re part of the team. It’s going to be fun.”

Mosbacher added: “We have long seen New York and London as two synergistic parts that collectively make up an important communications hub. This is why we have always worked with strong partners in London – none stronger than Lansons.”