Maintaining Trust in the Era of Change

No place has the changes of 2020 been more significant for PR firms than when it comes to communications with clients.

With effective vaccines available there is some hope that we will return to a degree of normalcy in 2021. Even with this year shaping up very differently than the previous one, the reality remains that Covid-19 and the other events of 2020 continue to significantly impact public relations and communications.

“I think the biggest change we’ve seen — and we’ve heard it a lot from our clients — is that Covid-19 has put everybody in a more vulnerable state,” says Darlene Doyle, executive vice president of client relations at PAN Communications. The pace and scale of the pivots required to survive and prosper in this environment have been unsettling and profound, she adds.

Both clients and agencies have been forced to devise and implement massive shifts overnight. That includes moving many or all employees off-site. It has also meant abandoning face-to-face marketing events. Even client-agency contacts have been restricted almost entirely to video calls.

The stakes in 2020 for society as a whole, and communications in particular, have been much higher – literally life and death – than in anyone’s experience. Emotions on discussions around diversity, equity, inclusion and social justice have run especially high. The risk of saying the wrong thing, or the right thing in the wrong way, has probably never been greater. Saying nothing hasn’t been much of a refuge either when the times call out for being real.

The changes have not only been profound, including in some cases, total business shut-downs, but also fast-paced. “We’re at a time where in many facets of tech things have not slowed down – in fact, it’s the opposite,” says Paige O’Neill, CMO at software and services provider Sitecore. “Our agency partners have had to help us react. And keeping trust when we can’t meet face to face is even more important now.”

With that in mind, in a world gone nearly all-virtual and likely to remain that way for some time, a critical question is how to build trust between agencies and clients as well as between communications leaders and in-house staff. Short-staffed and limited in the tools they can apply, people have a heightened need to rely on their collaborators’ competency and reliability. “Nobody has done 2020 before,” Doyle observes. “So being with a partner that can help navigate those things has become more important than ever this year.”

Those observations are supported by PAN Communications’ annual year-end survey of predictions by clients and industry experts. “I was reading them and the number of times I saw the words ‘empathy,’ ‘trust’ and ‘humanization of communications’ – I couldn’t believe it,” Doyle says. “There’s this demand for empathic connection and human interaction. That goes back to the trust factor. People need a different level of comfort.”


The number of times I saw the words ‘empathy,’ ‘trust’ and ‘humanization of communications’ – I couldn’t believe it

Except for those personally affected by the illness associated with Covid-19, the biggest change from 2020 for many firms has been moving with the speed of a switch flipping from in-person to virtual. No place has this been more significant for PR firms than when it comes to communications with clients. Basically, from quick coffee contacts to day-long planning workshops, face-to-face is out and video is in.

Replacing routine contacts with video calls is one thing. But even more complicated tasks such as signing with a new agency can be done entirely virtually. “I’ve hired a couple of new agencies since Covid,” says O’Neill. She cautions, however, that getting to know someone on Zoom is not necessarily the same as getting to know them in person.

The limitations of virtual meets can be overcome, but it requires deliberate action, O’Neill says. “It’s taking time in the beginning to ask people about their circumstance and environments, getting to know people and building that into the meeting time and planning process,” she explains. “We didn’t always do that before.”

Jessica Sutera, senior director of corporate communications at identity solutions provider SailPoint, also signed a new agency since Covid arrived. She says you can do more remotely than you might think. “We’ve never met the team in person and it doesn’t matter,” she says. “We do all our calls on video, which definitely helps. Everybody is much more in tune. It hasn’t mattered that much to me.”


My budget has stayed the same from calendar 2021... I’m shifting more toward thought leadership research

Beyond working with agency partners, brands have had to cut back on face-to-face connections with customers and partners. “Clients who focused on big in-person events we’ve had to re-focus on virtual events,” Doyle says.

That’s certainly been true for O’Neill at Sitecore, which held the year’s last in-person event on March 3. “We probably would have done something like 50 large and small,” she says. “We completely had to shift budgets overnight from in-person to online.”

“My budget has stayed the same from calendar 2021,” she says. “But because there don’t seem to be physical events, I’m shifting more toward thought leadership research.” As an example, she says her agency suggested doing surveys.

“We examined how technology and innovation accelerated during the pandemic,” Horiuchi says. “We took the survey results and did everything in the PR toolbox. That’s what we used to add perspective to the stories and drive the perspective out.”

Sutera’s in-person budget similarly was entirely repurposed. However, she says online events have some advantages. Online events tend to generate more data and do it faster. “We can quickly see an impact and if it’s not working you can shift your strategy quickly,” she says. “It’s hard to do that with in-person events because you have to commit so far ahead. If they don’t work, too bad, you’re already committed.”

Once the pandemic hit, people were online at all hours of the day

When people are working from home, lines between work and the rest of life get blurred. That can lead to burnout, which can affect both agency and in-house comms staff. Doyle says they’re proactive about preventing burnout by, for instance, instructing teammates to log off at 6 p.m. “The teams have worked very effectively,” she says.

In addition, PAN Communications produced what it calls the “Break the Rules” document. This is a collection of recommended activities to relieve stress. Examples include joining co-workers for a walk outside. “Another thing we implemented was trying to manage emails,” she said. “If you’re an early riser and like to start banging out emails at 7, don’t send them until 9.”

Virtual team-building events are universal these days. Horiuchi says they held an online session featuring Deepak Chopra for 1,800 employees to kick off a 21-day meditation program. The company also created a program called “Virtually Together” for employees. “We thought it was so great we shared it with the public,” Horiuchi says. “It is resources, tools, tips, exercises, videos, lots of ways for employees and the public to address all those issues.”

If done right, it’s possible to foster strong personal connections virtually. O’Neill cites a team member who organized a digital session where employees shared pictures of themselves as babies and told stories. “It was a fantastic event,” she says. “It happened weeks ago and they’re still talking about it.”

Still, even experienced homeworkers have felt unsettled by the pandemic-induced move out of the office. Sutera, for instance, has worked for years from her Boston home, interacting with team members at her company’s Austin headquarters. The one-hour time difference shaped her day, but that went out the window sometime in the second quarter.

“I had a good couple of hours in the morning where I could knock out work without meetings and emails,” Sutera explains. “Once the pandemic hit, people were online at all hours of the day.” Her solution was to let her team members know they were trespassing on her high-productivity morning window. “The onus is on you to rebuild those boundaries you had and to educate your team,” she says.

I’ve lived in the Bay Area my whole professional life because the jobs are here. What if I don’t have to be here to get the best jobs?

As we move along into 2021, some things next year will be familiar. Content will continue to be of critical importance for lead generation, Doyle says. Paid social and virtual channels will keep flying high as in-person events remain on hold for at least much of the year.

Another thing that’s not going away is the importance of crisis communications or, as Doyle calls it, issues response. “We’ve worked with clients so much more on issues responses,” she says. “How do you respond to things that are happening and how do you develop your position as a company on those? I think that’s going to continue next year as well.”

While nobody expect entire workforces to return wholesale to offices, neither do they expect everyone to keep working from home. O’Neill says a hybrid approach is likely to be common. “That’s one positive outcome of the pandemic,” she says. “It’s shown business that people can work anywhere and it’s effective. There will be much more balance next year with regard to how people work.”

After a year of such rapid, profound and totally unexpected change, it’s only sensible to wonder whether some shifts that are tremors now will emerge as full-blown tectonic shifts between now and 2022. One possibility is that ambitious comms professionals won’t feel tied to industry hotspots like New York and Chicago.

“It seems like people are enjoying asking themselves the question, ‘If I don’t have to commute to the office, where do I want to live?’” O’Neill says. “I’ve lived in the Bay Area my whole professional life because the jobs are here. What if I don’t have to be here to get the best jobs?”

For Doyle, the key going into 2021 is less about where her clients believe they should live than in whether they believe in a future with her and her agency. “Trust,” she says, “is knowing that they are with a partner who’s going to help them get through this volatile time, be flexible with them in that volatile time and be there on the other side.” 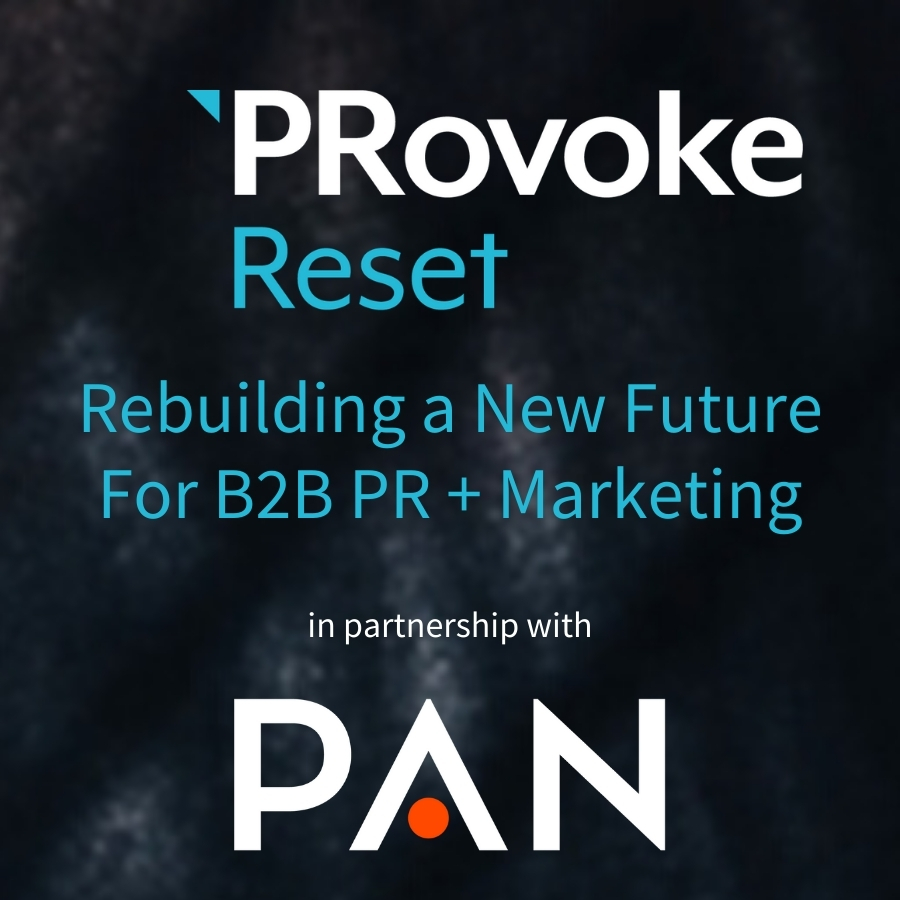