Please refer to our Privacy Policy for important information on the use of cookies. By continuing to use this website, you agree to this.
Home Latest Mastercard Marketer: "Brands Don't Only Live In A Visual Medium Anymore" 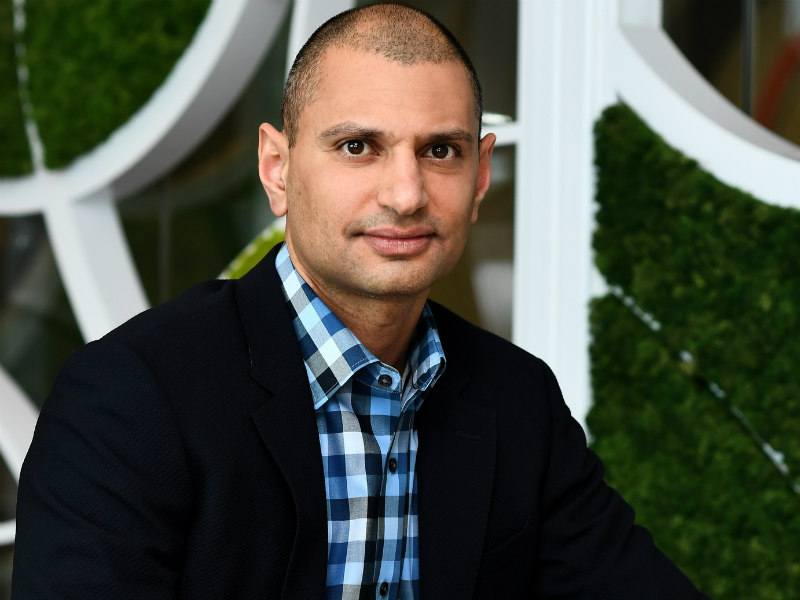 The Holmes Report talks to Mastercard Asia-Pacific marketing and comms chief Rustom Dastoor about its moves to symbol and sonic brands.

Mastercard's branding moves in recent months have attracted plenty of coverage, thanks to the financial services giant's decision to shift away from using a brand name, followed by the launch of a new 'sonic brand'. Both moves are geared towards helping Mastercard better inhabit the ecommerce era, amid the rise of mobile and voice-enabled devices.

Of course, any brand initiative of this kind carries an element of risk, particularly across the many cultures represented in Asia-Pacific, especially as the pace of change in this region sees consumers going straight from cash to mobile. The Holmes Report recently spoke to Rustom Dastoor, Mastercard Asia-Pacific SVP of marketing and communications, about how the company is rolling out these changes and what comes next. The following is an edited transcript of that conversation.

Mastercard announced its sonic brand earlier this month. What is the rationale for bringing it out right after the symbol brand?

Rustom Dastoor (RD): Our logo has been evolving all the way since the 1960s. Now, we were considering going to a symbol-only brand in 2016. And we simplified our logo and took the word Mastercard out of the rings and put it underneath them with a view to slowly eliminate the word entirely and just having the circles stand on their own. This is what led us to the rationale of going to a symbol-only brand — the need to contemporize it for the digital era, and the idea that when you're operating in the mobile space, which is where our business is now, the real estate for a brand and for a logo is pretty constrained. We did a bunch of research globally and found that 80% of people who were interviewed could easily attribute the circles to the Mastercard brand. That gave us confidence to say we can first lose the name and use just the symbols, much like what Nike or Starbucks or Apple has done.

The second piece of evolution in this round is the sonic identity. One of the things we're trying to move towards is a multisensory brand. This is an idea that brands don't only live in a visual medium anymore. There are various ways that consumers engage with brands, and we should not be handcuffed to one particular medium. Now in our business, conversational commerce or voice commerce — for example, ordering things through Alexa, Siri, and so on — is gaining in prominence. We think that in a few years’ time this idea of ordering through voice, or conversational commerce as we call it, will easily be a $40bn business.

So at that point in time…just think about it — you could be sitting on your couch and you could say, 'Ok Google…or OK Alexa or Siri,' or whatever your preferred device is….'order me detergent from Amazon.' And at that point, there is no visual medium for the brand to manifest itself. So we needed some kind of interaction with the consumer that validates that this is a Mastercard transaction. So we went ahead and created this four-bar sonic signature that will, over time, be found at every transaction point that a Mastercard is accepted at, but will also manifest itself in popular culture.

How did you come up with this particular four bar signature?

When you are a brand as ubiquitous as us, the idea of having flexibility in those four bars was critical. So firstly, the four bars have to be appealing across cultures and across global audiences that we engage with. So what we've done is that while these four bars will remain consistent no matter where you are, they will be flexible enough to allow us to use local instrumentation etc. to give them a local dynamic and flavor. The second is it had to be flexible enough to stretch between everything from a basic transaction validation to our entertainment properties, something that could work well at a sports event but also at a cultural event. It had to have that range and flexibility. We worked with a number of artists and studios around the world to land on these four bars that would give us that stretch and flex where it could represent the brand in any avenue where it was needed.

Presumably this becomes very important when you have to localize for different markets?

I run marketing for Asia Pacific which is a very diverse region as you know. But what's really interesting now is that with symbols and sounds I can do a lot more than I could do with just the word Mastercard. So symbols and sounds [help me] localize beyond what was possible even a year ago.

How important to all of this is the rise of voice shopping in Asia? And how do you see that changing the way Mastercard tries to engage with its customers and consumers.

So, voice shopping as a trend follows the bigger Asia trend which is skipping generations and going straight to mobile. In our business, we've seen cash move from the traditional form factors of cash to plastic to mobile. But in Asia, we see that leapfrog straight from cash to mobile. And when we think of mobile we don't think of mobile only in the context of phones. We think of it as any connected device so voice commerce would follow the stream of thought that any connected device can be a payments device. It's not just an Alexa Siri . It could even be your connected car or your connected fridge or anything. So for us the form factor has now become quite agnostic. If it's a connected device it offers us the opportunity to put a payments system into it and the brand has to follow that same logic that the brand cannot manifest itself only in the traditional environments.

So, it follows that broader arc, whether it's in Asia or elsewhere, but the speed and the rate of change in Asia, just by virtue of a younger audience, younger population, faster-growing markets. It's only an accelerated approach if you will.

Are there any other ways you think the Mastercard brand needs to manifest itself given the kind of rapid digital changes that we're seeing?

I mean the one thing we are absolutely focused on is that we must never become static. We must always be in a state of evolution and we are already working on a number of things that will further evolve how consumers interact with the brand and with the logo. So, I can see in the next year even another step change to what we're doing. That sort of builds out this multisensory environment even further you know, if you go down the sensory cues sight and sound are one and two, but then there are a number of other sensory cues as well. And there's no reason the brand can’t play in a number of those spaces.

More broadly, how do you view the opportunities and challenges when it comes to developing authentic brand experiences for Asian consumers?

You know the word authentic is so different wherever you are in Asia and, as a marketer, you've got to look through a different lens every time. What is authentic in Australia need not be authentic in Japan. And the same is not true for China or India. Sometimes within a large country like India. Authentic in the South and authentic in the North could be quite different.

But I think this idea that we landed on almost 20 years ago, that there are some things in life money can’t buy — the idea that people value experiences more than things, is consistent across cultures, geographies, income groups, age groups etc. That's sort of been the genesis of our 'Priceless' campaign that today in its 20th, or 21st year, has touched 100-plus countries and a billion plus consumers and has been translated into 60-odd languages.