Please refer to our Privacy Policy for important information on the use of cookies. By continuing to use this website, you agree to this.
Home Latest McDonald’s Germany Names Jung von Matt/Sports As Partner 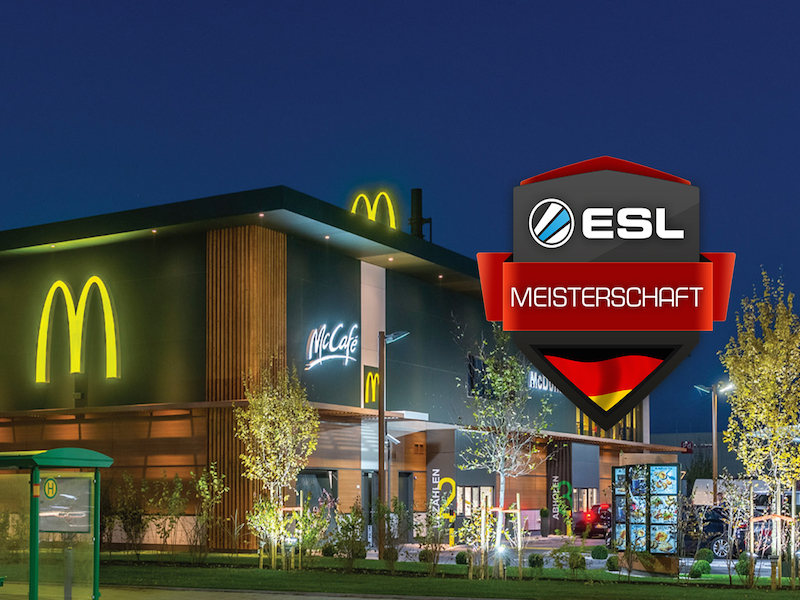 HAMBURG — McDonald’s Germany is to double-down on esports after ending its 15-year relationship with the German Football Association, and has hired sports marketing specialist Jung von Matt/Sports as its sponsorship strategy agency.

Jung von Matt/Sports will advise McDonald’s as it reorganises its sponsorship strategy, including introducing more digital and social elements as well as on-the-ground presence at events.

The fast-food chain has identified esports – multi-player video game competitions – and “trend sports” (which include activities such as drone flying championships, a form of tightrope walking known as slacklining, stand-up paddleboarding and speed badminton) – as a channel to reach a target audience of tweens and teenagers in Germany.

McDonald’s will continue the partnership with ESL (formerly the Electronic Sports League) that it started in January this year, as official partner for the ESL Meisterschaft, the company’s national championship in Germany for Counter-Strike: Global Offensive, League of Legends and FIFA.

Philipp Wachholz, McDonald’s Germany director of corporate affairs, said: "Entering the esports sector turned out to be a perfect move for us. We have noticed a considerable increase in brand attention from our target audience.”

Jung von Matt/Sports MD Robert Zitzmann said: “We evaluated sports environments that have been part of pop culture to some extent since the late 80s. What’s new is the fact that these sports may not follow traditional institutional patterns. We will focus more on communities, more on freedom and more on lifestyle that naturally matches with the McDonald’s brand.”

McDonald’s joins a growing roster of esports sponsorship clients at the agency, including Mercedes-Benz, Vodafone and Pringles.