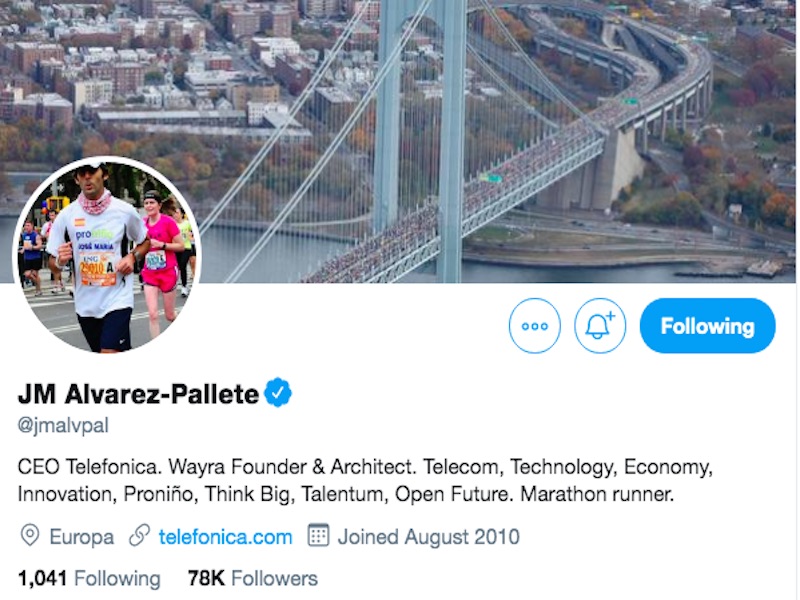 New research finds leaders’ use of social media is up, with French CEOs the most active and US CEOs having the most followers.

LONDON — The CEOs of the world's largest stock exchange companies are more visible on social media than two years ago, according to new research from independent PR agency network ECCO International Communications.

ECCO analysed the social media activities of the CEOs of the 20 largest listed companies by market capitalisation in 21 countries, including whether they are active on Twitter and have a LinkedIn profile.

It found that 58% of CEOs are represented on LinkedIn, up from 41% two years ago, when the study was last conducted. However, Twitter still does not have many fans at boardroom level: only 17% of board members are active on the platform, a minimal increase compared to 14% in 2017.

CEOs in France are the most active on social media, with the research showing they are more than twice as likely to appear on LinkedIn and Twitter than British bosses. Denmark follows closely in second place, as 23 out of 40 of the country’s leading business figures have a presence on at least one of the channels, while Australia shares third place with the Netherlands – both of which have 19 CEOs on LinkedIn or Twitter.

As with 2017’s study, USA CEOs still have by far the most followers, despite the country ranking only 5th for total presence on social media. Apple‘s CEO Tim Cook continues to top the chart worldwide with more than 11 million followers on Twitter (an increase of 120% since 2017). Microsoft CEO Satya Nadella leads the way on LinkedIn, with over six million followers (an increase of 300% since 2017).

The most active CEO on Twitter comes from Spain. José María Álvarez-Pallete, CEO of Telefónica, (pictured) has been active on Twitter since 2010 and has published over 36,000 tweets since then. And although India is ranked in last place, Uday Kotak, CEO of Kotak Mahindra Bank, is in third place worldwide with almost one million followers.

British CEOs remain more inaccessible to consumers on social media than most of their European counterparts, with only 45% of UK CEOs being on LinkedIn and 10% on Twitter, putting them in the bottom half of the ranking.

Oliver Foster, chief executive of ECCO’s UK agency Pagefield, told the Holmes Report: “LinkedIn is streets ahead as a platform for CEOs to engage in positive, measured, constructive dialogue - albeit to a significantly smaller audience than on Twitter. But am I surprised? Not really. Twitter has become so hateful, polarised, reactionary, misinformed and seemingly without any kind of sensible controls, it’s the Wild West. But there’s no denying that it remains an incredibly powerful force if you need to access a global audience, quickly.”

He said one of the key takeaways for CEOs and their comms advisors was: “Don’t feel that you have to have a voice on Twitter simply because your competitors are active on it; but instead choose carefully which platform (if any) is right for you and your business according to your audience, personality, what you have to say, and how you want to say it.”

And Foster added that choosing the right social media platform for CEO communications was all about authenticity: “If your personality is shy, polite, reserved, easily offended, Twitter is probably not for you. If your personality is better suited to robust and, at times, detailed discussion and debate, and you love to learn from others, LinkedIn is a great platform for you to engage - but don’t expect to become an overnight influencer.”