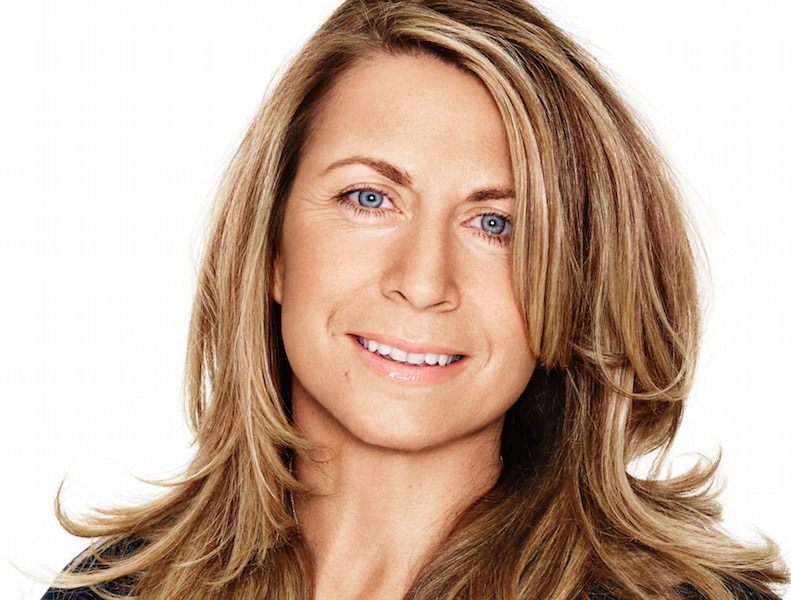 Deborah Turness is the first president of NBC News International, which invested $30 million in Euronews last month. She was previously editor of ITV News, the UK’s most-watched commercial network news service, where she was Britain’s first female editor of network news programming and the youngest editor in ITV News’ history. She has also worked at Channel 4, ITN and 5 News across foreign, domestic and planning desks, including four years as Washington producer for ITN’s DC-based bureau. The Holmes Report caught up with Turness at the Cannes Lions International Festival of Creativity.

What are you hoping to get out of being at Cannes this week?

I want to hear about where the industry’s at, and what’s going on in Europe. Euronews has also just launched a strategic content agency and I’m working closely with our content strategy VP Niaz Samedizadeh and chief revenue officer Carolyn Gibson on that, so my interest is in understanding and responding to client need for the creation of genuinely useful, valuable content. Journalists can be shocked about bringing ad sales and editorial together in conversation but I think strategic content is more important than advertising now. It’s a real opportunity because our clients want to evolve the kind of content they can put on our platforms and address their audiences in a smarter way that really connects.

So how do NBC and euronews work with brands? And how do you maintain editorial integrity at the same time as making the most of the resources, data and insights that brands are sitting on?

The first thing is that in Europe you can’t sponsor news and current affairs, so we’re working with clients on topics around the edges, such as technology, travel and innovation. In those areas we can work closely with them to advise and make content that embodies their values and ours, that doesn’t step over any editorial lines but is relevant, consumable, and informative. We’d already launched a strategic content division at NBC and the regulatory framework is very different in the US so there’s a lot more freedom, but I can point to activations and great content we created that only happened because we got into a relationship with a client.

For example, we launched a parenting vertical on The Today Show with Johnson & Johnson, where we were able to access their insights into the needs of new parents to produce valuable, targeted content that meant something to their lives. We also brainstormed with Dove to create a series of ‘Love Your Selfie’ films as part of the brand’s Campaign for Real Beauty, including all our news anchors presenting with no make-up for a day. If you get it right, it’s better, smarter content than we would have produced without the brand. But you have to walk away if your values are just not aligned – you either feel the love when you’re in the room with a CMO for the first time, or you don’t.

Thinking about those values, what’s more important, telling all sides of a story, or taking a position that reflects your editorial values?

According to Ipsos data, euronews is the most trusted news network across Europe, and much of that trust comes from euronews not being driven by any national identity or world view. We have no ideology or government funding, and the audience understand that euronews is an honest broker and an independent voice in 12 languages. We came to invest in that positioning and in those metrics. We believe that the stories that are now happening all around us means it’s time to use our investment to support euronews in stepping up and saying: we are Europe’s news channel, we are “all views”: our brand value at euronews is “building Europe’s town square”. We are trusted to host the debate and we don’t come to it from any side, so we have permission to be a bridge – or neutral territory – in which to have this conversation.

We all know that the mainstream media are losing trust among people who are voting for nationalist and populist parties, because they feel news providers are too liberal. One person’s impartiality is another’s subjectivity, and in a society where social media divides more than bringing together, where is the line? We’re perfectly positioned to say we’re going to be responsible in hosting that debate, and the values of the brand are embodied in that. That’s not to say there aren’t limits – we want to have intelligent, respectful debate, not be a platform for hate and offence. We’re setting out on a journey and trying to do something new in terms of TV. Let’s see what happens when we launch our politics show out of Brussels in September; it will be fascinating and I genuinely feel there is a public service aspect to what we do.

How do you bring that “Europe’s town square” proposition to life?

We launched Good Morning Europe three weeks ago and we have a social news studio hub, driven by mobile, that pulls in reactions from all sides on the news stories of the day as they break and evolve. We debunk fake news and the Twitter bubble. And our mobile journalists — or mojos – speak to people on the ground in all sides of the debate. We’ve cut the cord, dumped big cameras and satellite trucks and cables, so all our journalists are live on their mobile phones and the, audience discovers and participates in the story in real time as our journalists do. We were the only news outlet to have someone on the Aquarius migrant ship in the Mediterranean earlier this month, for instance. Our reporter lived with the people on that boat and reported their stories for 10 days. And we sent two reporters on a road trip through Italy to talk to ordinary people on both sides of the political divide. Experimenting with different types of story enables a different and deeper relationship with our audiences.

We have to ask, is it ok to only be trusted by half the people or should we continue to strive for trust from all? It may be deeply inconvenient to many journalists that people are expressing national populist views and the world is not moving in the direction the liberal media would like, but we are here to report on what’s happening in societies, not to filter and bend the arc of history. We can’t ignore what’s happening and we have to be willing to listen and be open to all sides.

You’ve been at the top of the broadcast business for many years now. How have you seen the relationship between public relations practitioners and journalists evolve?

I remember having debates about whether we should run a video news release (VNR) or not. Most of the material sent to us wasn’t great! For me the big shift has been how brands and their PR teams have got so smart in activating and using social media to create stories that we then report on. Brands are showing what they are doing in the world in a way you can’t avoid and ignore. It’s not about pitching a chocolate bar or a new survey any more, it’s about being smarter at addressing audiences and more sophisticated in creating stories that the media then cover.