Please refer to our Privacy Policy for important information on the use of cookies. By continuing to use this website, you agree to this.
Home Latest NYT's Dean Baquet Blasts Trump's Anti-Press Rhetoric For Putting Journalists At Risk 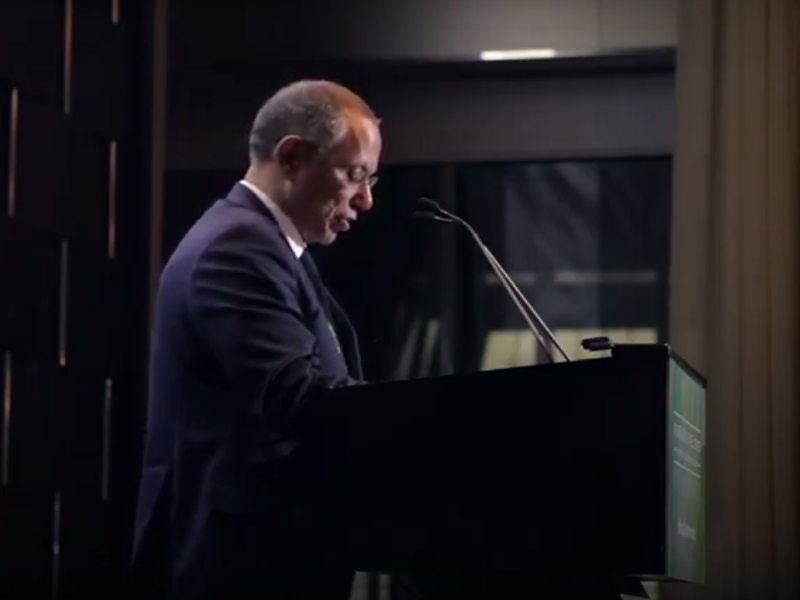 Accepting the Page Center's Foster Award, the New York Times executive editor railed against the president for calling the newspaper an "enemy of the people."

“I have no doubt that the president's anti-press rhetoric has inspired a sudden and frightening round of attacks on reporters for the Times and other news organizations including the holding of David Kirkpatrick, a reporter who was stopped on a routine trip to Cairo,” said Baquet.

“It used to be this was the one province where we could call any president for help if an American reporter was captured or injured in war. You could count on the White House to help, that every president no matter his party understood our role in the world even if they didn't always love us. Sadly I'm not sure who I would call today.”

Baquet, who received Page’s Foster Award for Integrity in Public Communication last Wednesday in New York, said he scrapped his prepared acceptance remarks on the importance of journalism after Trump’s tweet that morning “in which he went farther than he's ever gone in attacking the Times. He said, and I quote, 'The New York Times reporting is false they are a true enemy of the people’ so I chose not quite to stick to my script.

“Enemy of the people is not just a tossed off line that sounds good in a tweet. It is a particularly pernicious phrase with a deep history,” Baquet said, adding that the phrase has been used over time to quash opposition, including “physically annihilating people who disagree with a supreme leader.

“No president has ever uttered those words in public,” he said.

Baquet affirmed the importance of a free press (echoing Times publisher AG Sulzberger’s statement earlier in the day “that we were doing what the founders envisioned”) while challenging Trump’s lambasting of the news organization.

“And of course how is it against the interests of the American people when reporters spend more than a year digging into obscure hidden records to tell the story of the president's wealth and how his father actually made him a wealthy man, a fact that went against his lifelong narrative?”