Please refer to our Privacy Policy for important information on the use of cookies. By continuing to use this website, you agree to this.
Home Latest Obituary: Al Golin, Agency Founder And McDonald's Advisor 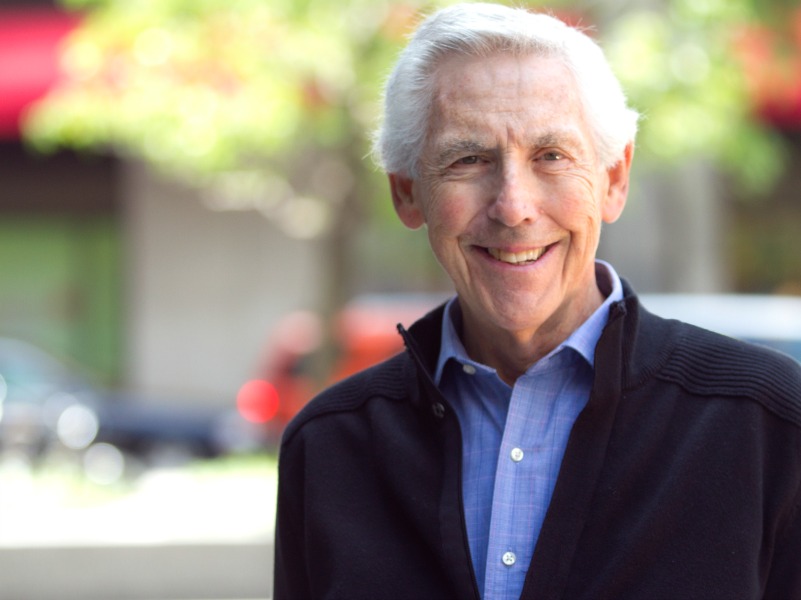 Al Golin was a member of PR’s equivalent of “the greatest generation,” a group of entrepreneurs who helped to create the modern public relations agency business.

CHICAGO—Al Golin was a member of PR’s equivalent of “the greatest generation,” a group of entrepreneurs—Dan Edelman and Harold Burson were the other most prominent examples—who helped to create the modern public relations agency business. Golin died this weekend at his home in Arizona. He was 87 and had never retired, continuing to provide counsel to colleagues even in his final weeks.

The firm he built was perhaps best known for its work with McDonald’s. Golin famously cold-called the fast food chain’s founder Ray Kroc in 1957, secured the McDonald’s account (a retainer of $500 a month) and went on to provide counsel to the company for 60 years—one of the longest and most mutually-beneficial client-agency relationships in the industry.

Last year, he recalled his early days with Kroc and his young company. “It was a new chain I had never heard of… but I called him and I said ‘I heard you were trying to start this new venture and I think maybe we can help you launch this’ and he said ‘come on over’ and I said ‘now?’ I raced over there and after about half an hour he said, ‘You start on Monday.’”

Golin had persuaded Kroc and his colleagues that they couldn’t afford advertising; public relations would have to do everything, both marketing to consumer and making the business case to franchisees.

Working with the restaurant company, Golin came up with the concept of the “trust bank,” arguing that companies could make “deposits” through their public relations activities that they could draw against in times of trouble.

“There weren’t any textbooks at the time about community relations,” Golin recalled last year, but McDonald’s “wanted to show that they were part of the communities where they operated. It was a local business in that sense. It still is, even though they are now a big global company. But back then we were writing the book on community engagement.”

It was an approach that led to the creation of the Ronald McDonald Children’s Charities and a philosophy Golin described in depth in his book Trust or Consequences, published in 2003 in the wake of scandals involving Enron, Worldcom, Tyco and others. And of course, McDonald’s has over the years been a magnet for controversy: “They are an easy target, for anything and everything. People blame McDonald’s for the ills of the world.”

A fading Western Union telegram that hangs, memorialized, on the wall of Golin’s John Hancock Center says: “We never would have made it without your help. We were immature amateurs with virtually no friends. Thank you, Al, a million times.” It was sent from Kroc to Golin in August 1997.

Throughout those crises, Golin was there, and in 2005, McDonald's honored its partnership with the firm by naming an award after its founder. The Al Golin Public Relations Award of Excellence is presented annually to the McDonald's franchisee or organization that best exemplifies the commitment of building trust through community involvement.

Two years later, marking the 50-year anniversary of the partnership, McDonald’s chief communications officer Jack Daly said: “Al Golin is one of the pioneers in the communications industry, and it’s hard to imagine the past 50 years of McDonald’s and our brand without Al Golin.”

Golin itself has been celebrating its founder’s legacy with Al’s Day, honoring his birthday with a day of paid community services.

Al was born in Chicago on June 19, 1929 to Charles and Jeanette Golin. He had an older brother, Ted, who passed away last year. He began his career with a goal of becoming a movie producer and so his first PR job in 1951 was as a field press representative with MGM Studios, working across the Midwest.

In 1956 he joined boutique PR firm Max Cooper & Associates and a year later picked up the McDonald’s business. A year after that, the firm became Cooper Burns & Golin; in 1965 it was Cooper & Golin; a decade later it become Golin Communications; and in 1981 it rebranded as Golin-Harris—the name by which it would be known until 2014.

In 1985, Golin-Harris was acquired by Chicago ad agency Foote Cone Belding, which four years later sold the firm to Shandwick International. It is today part of the Interpublic Group of Companies.

Golin led the drive to expand the agency, opening or acquiring offices across the Americas, Europe, Asia and beyond. Today the firm has more than 50 offices and 1,200 employees globally. In addition to McDonald’s, its clients include Walmart, Nintendo, Unilever, Texas Instruments, Johnson & Johnson and others. But despite that growth and success, the people-first culture of collaboration continues to set the firm apart.

According to Golin chairman Fred Cook, who worked with Golin for more than 30 years, “Al will be forever remembered as a man who poured his heart—and his desire to help others—into his life’s work. He spent more than six decades mentoring aspiring PR professionals and providing counsel to executives at some of the world’s most recognizable companies and brands.

“Al’s name has been on our door for a long time. But it’s his character that defines who we are. We’ve always been blessed with a special culture that sets us apart from others and makes us want to work here forever. And that culture is based on the simple, Midwestern values that Al lived by every day.”

Cook paid tribute to Golin’s “humility, integrity, caring and curiosity,” which he said was evident to clients and colleagues alike.

Adds Rich Jernstedt, who succeeded Golin as chief executive and later chairman, “Al had such an impact on everyone who knew him—both professionally and personally. He had all the capabilities and compassion to be your favorite boss, mentor and friend.  His contributions to our profession and the people he inspired will ensure a lasting legacy.”

Al is survived by June Golin (nee Kerns), his wife of 55 years; their three children: Barry Golin (Gemma Brownhill), Karen Golin and Ellen Resnick (David Resnick); six grandchildren: Sam, Alex, Jackson, Kyle, Cydney and Marlena; and one great grandson, Thor. A memorial service will be held in Al’s honor in Chicago at a date to be determined. In lieu of flowers, the Golin family has asked that donations be made in Al’s name to Ronald McDonald House Charities, the Off the Street Club, the Goodman Theatre or Roosevelt University.