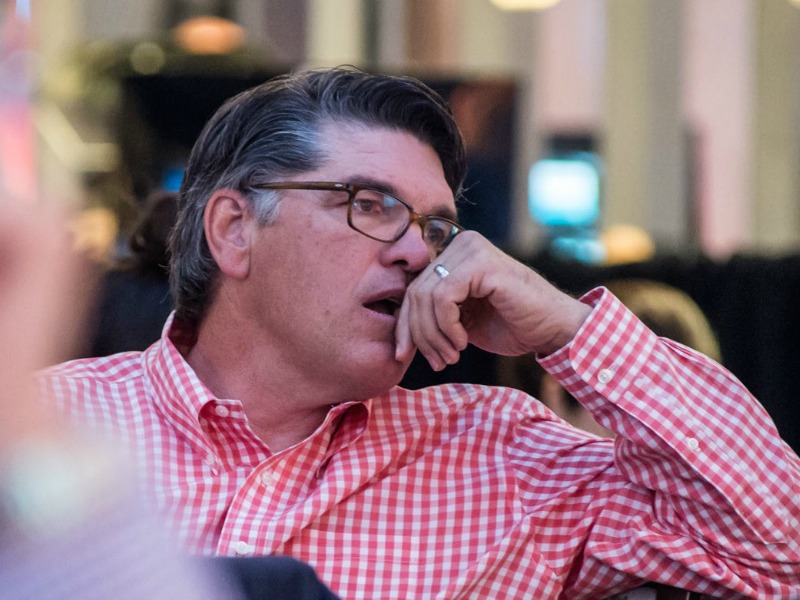 Alan Kelly, who died last week at the age of 64, was one of the industry’s true iconoclasts, an original thinker and a frequent critic of hypocrisy in the profession.

Alan Kelly, who died last week at the age of 64, was one of the public relations industry’s true iconoclasts, an original thinker and a frequent critic of what he saw as either hypocrisy or naivete in the profession.

Having worked at legendary technology public relations pioneer Jennings & Company in the 1980s, Alan Kelly founded his own firm, Applied Communications, in 1991 and built it into one of the largest and most respected agencies in Silicon Valley.

Applied grew to become a firm of 120 people with offices in San Francisco and Amsterdam at the height of the dot-com boom—although most of its clients were enterprise software, hardware and networking companies including Oracle, HP, Cisco, Genentech, PayPal, Veritas, and Informatica. It was also one of the first PR agencies to recognize the critical importance of data and analytics and to create its own research division.

In 2003, Kelly sold Applied to Next Fifteen—parent to rival technology PR brands such as Text 100 and Bite Communications—and embarked on a second life as an educator and a consultant. He created a new firm, Playmaker Systems, which developed a typology of “plays” that communicators could “run” to outmaneuver their competitors—a strategy guide for those who saw communications, as he did, as a competitive sport. In doing so, he challenged practitioners to think differently, and more strategically, about what they did.

He wrote a book, “The Elements of Influence: The New Essential System for Managing Competition, Reputation, Brand, and Buzz,” he became a blogger for the Huffington Post, and later a commentator and political analyst for SiriusXM. He was an adjunct professor at USC’s Annenberg School and George Washington University’s Graduate School of Political Management, and later a lecturer in strategic communication at the University of Maryland—making him one of the few PR practitioners to bridge the divide between the practice and academia.

He was also a frequent critic of professional organizations such as the Arthur W Page Society, questioning its focus on mutually-beneficial stakeholder relationships as an attempt to downplay the sometimes cut-throat competitive business of real-world public relations characterized by plays that “depositioned” rivals as often as they protected or enhanced the client’s own reputation. I often found myself on the opposite side of these arguments, but while Alan was never afraid to criticize ideas he disagreed with, he was never uncivil and the result was a robust debate that challenged conventional industry wisdom.

“The world of business and political communications lost a true pioneer last week,” said Tim Marklein, founder and CEO of Big Valley Marketing, and Annenberg professor Burghardt Tenderich, who worked alongside Kelly at Applied Communications. “And many of us lost a valuable mentor and friend.

“Kelly was among a group of early Silicon Valley marketing and communications pioneers who helped grow the technology industry, advocating for new innovations and helping companies use communications to drive demand, build brands, create categories and define new markets. Kelly didn’t think of communications as just words and ideas shared in verbal or written form. Rather, he approached it as an elemental science where every action spurs a reaction among players in a marketplace—often resulting in very real business or organizational outcomes.”

Lou Hoffman, founder and CEO of The Hoffman Agency, added: “I got to know Alan as a competitor in the 1990s and early 2000s as he built Applied Communications into a powerhouse that walked to its own drummer. At some point, I sized up Alan as the smartest individual I had ever come across in the PR industry. My view on this never changed.”

“Alan was also a master talent scout,” Marklein recalls, “recruiting waves of people with different backgrounds to manage the super-charged tech battles of the time. He ingrained ‘competitive communications’ in all of us, and we developed and practiced it religiously via every action, every news release, every media pitch, every analyst briefing, and every client interaction.”

Adds Josh Reynolds, who worked at Applied before going on to senior roles at Hill+Knowlton and Blanc & Otus, “Working for him at Applied was like an awakening, like being shown The Matrix, and all the strategic possibilities of rhetoric and communications. Applied was more than an agency, it was an incubator of innovation and talent.”

Kelly was a devoted family man, and is survived by his wife Kim, and his children Katie and Leo. He was also an avid sailor on both coasts, and he continued to crew for other boats after recently selling his own.