Please refer to our Privacy Policy for important information on the use of cookies. By continuing to use this website, you agree to this.
Home Latest Ogilvy Adds New Senior Hires To PR & Influence Team 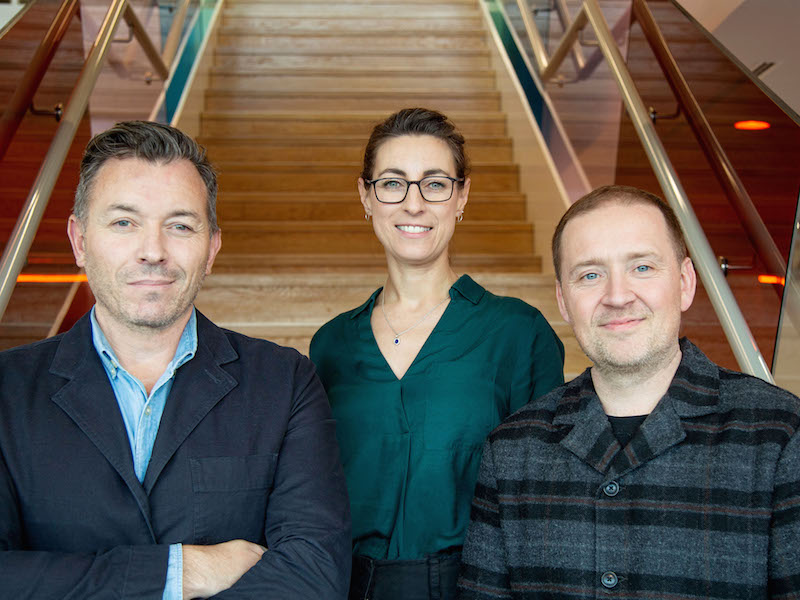 LONDON — Ogilvy has made two senior hires to its PR & influence team in London to strengthen the agency’s brand reputation and earned creative offer.

Nicola Dodd (pictured, centre) becomes managing partner across key integrated accounts; she had been contracting for the agency since June 2019 and her role has now been made permanent. Dodd was previously deputy managing director at Kaper (now part of Karmarama), leading accounts including IKEA Corporate, Virgin Trains and English Heritage.

She is joined on PR & Influence head Matt Buchanan’s senior bench by creative lead Ben Bailey (right), who is working with key PR clients and also on earned media creative across the wider agency. Bailey had been contracting since last September after a short spell at Freuds, and his role has also been made permanent.

Bailey was previously at Wieden + Kennedy and Grey London, and spent ten years at the Exposure Group, including as managing director and creative director of Three Sixty. He told PRovoke Media that it had taken him “about ten minutes” to decide to join the Ogilvy team.

“I know [Ogilvy CEO] Michael Frohlich well and we’d been flirting for a while, so the idea of working with him and Matt in the new ‘One Ogilvy’ world was really attractive. There’s also the scale, scope and clients – it’s such a well-known beast and the fact it’s been reinvented was really exciting. Having a PR man at the helm who understands earned, where we can work on big global pieces of business, is hugely motivating.”

He added: “In the current environment, it’s proved that there really is a sense of one team pulling together – we’re so fortunate to have done that transformation piece ahead of time.”

Buchanan (left), who joined Ogilvy last February, said: "We continue to bolster our core senior expertise within the team, with people who are able to work across the agency and guide brands with creative and reputation based solutions during this challenging time.

“Nicola has already helped restructure our team by removing the legacy division of corporate and consumer PR, while Ben has already made an impact on both PR and integrated accounts. Our success relies on us having specialists who work in an integrated capacity, and Nicola and Ben are great examples of that."