Please refer to our Privacy Policy for important information on the use of cookies. By continuing to use this website, you agree to this.
Home Latest Ogilvy Faces Online Backlash For Border Protection Agency Work 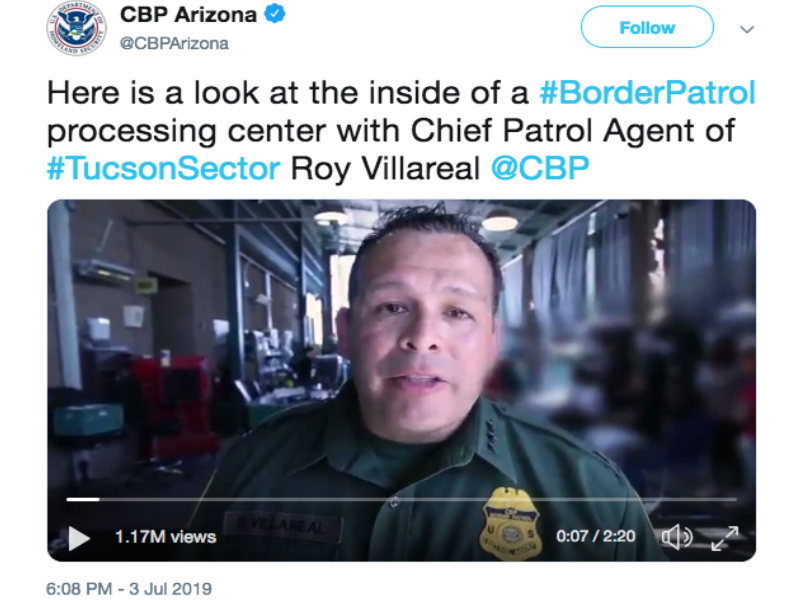 Ogilvy is facing criticism after being summarily linked to a sanitized video tour of a border patrol processing center that was produced in-house.

NEW YORK — Ogilvy is facing an online backlash for its work for the US Customs and Border Protection (CBP), amid growing outrage over squalid conditions at migrant detention centers.

The agency, which has a multi-million dollar contract to support the CBP's employee recruitment and retention, became embroiled in criticism after CBP Arizona posted a video tour of a border patrol processing center. The video provides a sanitized look at the facility and its supplies, but included no footage of facilitates where migrants are housed.

Soon after its posting, Raices Texas, a nonprofit that provides migrants with education and legal services, slammed the video as “state propaganda.” The group followed that with a post calling out Ogilvy for its work for the CBP. “A public relations firm called @Ogilvy has a $12m contract with CBP to help them with public relations such as this video," it said.

Ogilvy had no comment when contacted by the Holmes Report, but the CBP confirmed that the video was in fact produced internally.

Sources familiar with the situation told the Holmes Report that the video's subject — the treatment of migrants at the detention centers — was beyond the scope of the firm’s work with the CBP, which focuses on the federal agency’s recruitment and retention efforts.

Ogilvy, whose work with the CBP dates back to at least to 2017, is one of many private companies that is contracted by the CBP. That year, the government awarded Accenture a $297m contract to aid in recruiting staff from border agents as well as others, like individuals who work in airport customs.

According to a report in The American Prospect, from 2010 to June 24, 2019, CBP paid $6.4 billion to 1,123 outside vendors for goods and services including vehicles, food, furniture, housekeeping, video recording equipment, and leasing, based on Sludge’s review of data from the Federal Procurement Data System.

Earlier this week, the Department of Homeland Security issued a warning about "dangerous overcrowding" at Border Patrol facilities in the Rio Grande Valley of South Texas.

The report comes amid growing outrage over detention conditions for migrants and follows reports that migrant children were kept in squalid conditions without enough food and basic necessities in a Border Patrol station in West Texas.