Please refer to our Privacy Policy for important information on the use of cookies. By continuing to use this website, you agree to this.
Home Latest Ogilvy Wins Big At 2015 Asia-Pacific SABRE Awards Ceremony 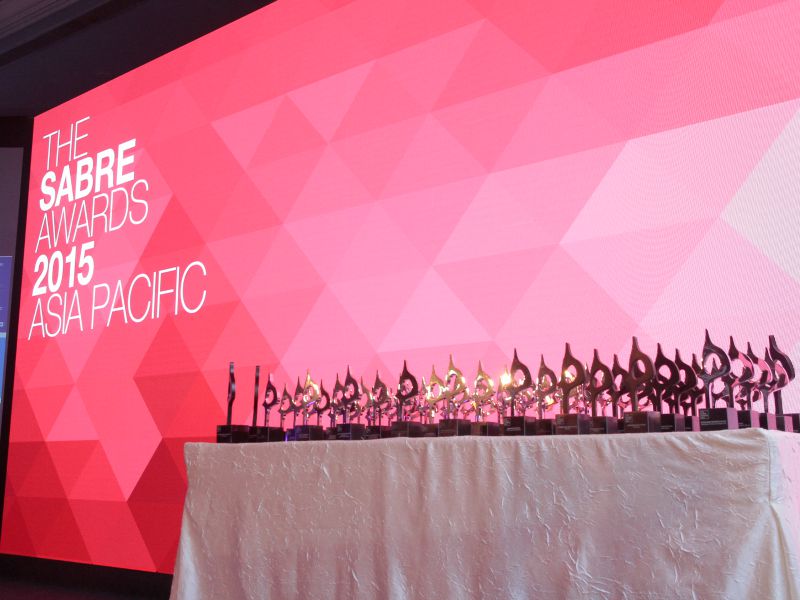 In a rare trifecta, Ogilvy took home the Asia-Pacific Consultancy of the Year award, the Platinum SABRE for the region’s best PR campaign, and an evening-best eight SABRE Awards for its clients.

HONG KONG—In a rare trifecta, Ogilvy Public Relations Worldwide took home The Holmes Report’s Asia-Pacific Consultancy of the Year award, the Platinum SABRE for the region’s best PR campaign (for its work on behalf of Visit Britain, and an evening-best eight SABRE Awards for its clients—more than any other agency on the night.

Ogilvy’s “Great Chinese Names for Great Britain” was selected as best in show over four other finalists for the award:

“There’s a reason the Great Chinese Names campaigns has picked up a host of awards,” says Paul Holmes, chair of the SABRE jury. “It’s a great creative campaign, executed using a blend of traditional and digital and social tactics, that delivered really impressive business results. In a very competitive field of terrific contenders, it really resonated with judges.”