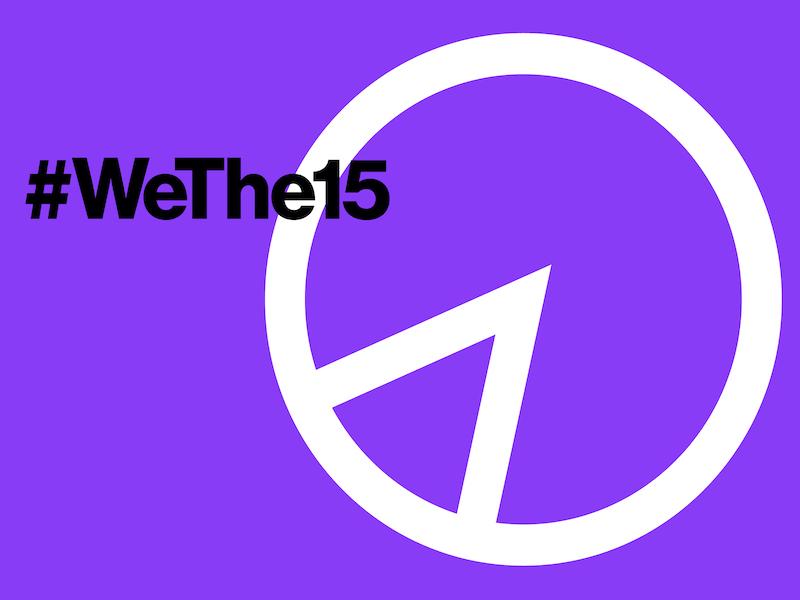 FleishmanHillard, Porter Novelli & Portland are working with the International Paralympic Committee to launch an inclusivity movement for people with disabilities.

LONDON — Omnicom PR agencies FleishmanHillard, Porter Novelli, Portland are working together with the International Paralympic Committee to launch a global inclusivity campaign for people with disabilities.

The campaign, #WeThe15, is conceived as a long-term inclusivity movement for the 15% of the world's population with disabilities – 1.2 billion people, many of whom have limited access to healthcare, education and employment.

The global launch on 19 August featured 120 landmarks around the world, including the London Eye, Empire State Building, Colosseum and the world's tallest tower, Tokyo Skytree, lighting up purple, the international colour for the disability community.

Omnicom’s agencies are working with the International Paralympic Committee on a pro bono basis and supporting #WeThe15 in a number of ways. The campaign sets out to shift the narrative around people with disabilities away from one in which they are either stereotyped as objects of pity or put on a pedestal, to emphasise that they are human, rather than “other”.

The campaign’s long-term narrative was developed by FleishmanHillard across Australia, Canada, China, Germany, Japan, South Africa, UK and the US. The campaign has become part of FleishmanHillard’s FH4Inclusion initiative and the agency is providing strategic counsel and global media relations support, underpinned by specialist DE&I, sports and cultural communications expertise.

Porter Novelli is managing all macro influencer and celebrity ambassador outreach around the programme, while Portland provided political engagement in markets including the UK, France, Germany, North America and South East Asia, and led on developing messaging.

As part of the campaign, brand partners will transform their logos, campaigns and social platforms to become 15% purple. In addition, a launch film made by sister advertising adam&eveDDB in partnership with Pulse Films will play to 250 million people during the Paralympics opening ceremony; and Paralympic athletes will sport the campaign's symbol as temporary tattoos.

The campaign is backed by a coalition of 20 organisations including UN Human Rights, UNESCO and the International Disability Alliance, Prince Harry’s Invictus Games Foundation, The Valuable 500 and Special Olympics.

International Paralympic Committee chief brand and communications officer Craig Spence said: “At the IPC we believe that change starts with sport. By partnering with multiple international organisations to launch #WeThe15 ahead of the Tokyo 2020 Paralympic Games, we want to use the platform of the world’s third-biggest sport event to spark a decade-long transformation for the world’s largest marginalised group.”

FleishmanHillard UK chief executive Jim Donaldson said: “This is a seminal moment for the IPC and all #WeThe15 partners, with the campaign promising to make a seismic and long overdue difference to the lives of many people around the world. FleishmanHillard could not be more excited to be triggering that change. Often, we find ourselves asking, ‘what can I do to help?’. Registering your support for this movement, critical to advancing the rights of the global disability community, is a welcome start.”

At Porter Novelli London, EMEA MD Fenella Grey said: “We feel hugely privileged to be part of such a powerful movement that will be the catalyst of tangible change globally. Our involvement has also helped us further shape our own approach to disability both as an employer and as creative communicators – we are committed to applying the disability filter in everything we do. It’s time to close the say-do gap, and the 10-year programme will keep us all honest to the cause #Wethe15 programme stands for.”

And at Portland, CEO Mark Flanagan added: “We are extremely proud to be part of the #WeThe15 campaign, with a focus on improving the lives of the world’s 1.2 billion people with disabilities. As an agency, we are committed to promoting diversity and inclusion in our own workplace and across society, so we are delighted to play a part in this 10-year campaign.”