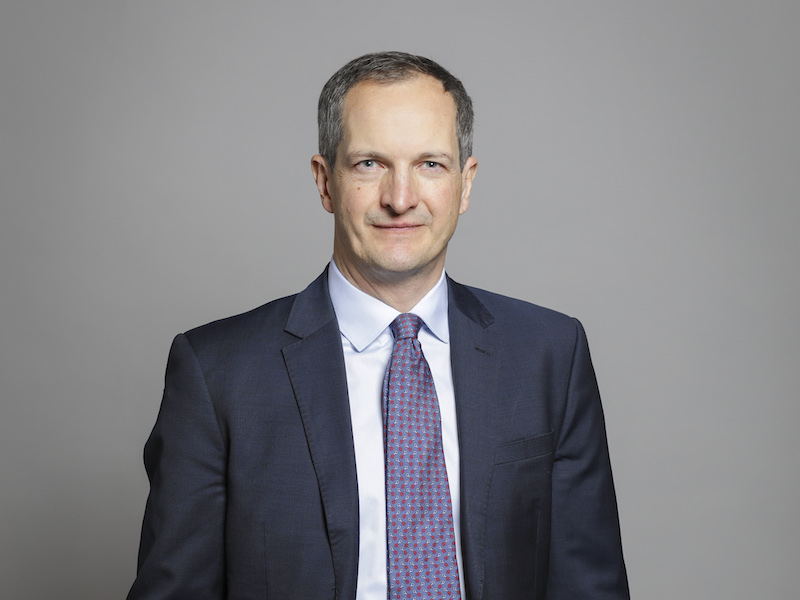 The PRCA and its Public Affairs Board are holding twin investigations into whether the public affairs firm broke codes of conduct.

LONDON — Public affairs firm Portland Communications is under investigation by the Public Relations and Communications Association (PRCA) after a complaint was made about the conduct of its chairman and a consultant in advising the UK Government around coronavirus.

The complaint was made by Liam Herbert, chair of the PRCA Public Affairs Board, in response to a Sunday Times report that claimed Portland’s chairman, George Pascoe-Watson, had acted improperly after providing unpaid strategic communications advice for six months to the Department of Health and Social Care’s “test and trace” minister and hereditary peer James Bethell (pictured) – himself a former lobbyist and founder of Westbourne Communications.

In addition, the Sunday Times report claims Portland consultant (and Conservative peer) James O'Shaughnessy had sat in as an “external advisor” on a call between Bethell and Portland client Boston Consulting Group, which is said to have received more than £20m in government contracts.

The PRCA has responded swiftly, initiating twin investigations: its Public Affairs Board is looking at whether Omnicom-owned Portland broke the letter of its code of conduct, via independent third party the Centre for Effective Dispute Resolution (CEDR), while the PRCA’s professional practices committee is also investigating more broadly whether Portland is in breach of the its professional charter by bringing the PR industry into disrepute.

PRCA director general Francis Ingham said: “I can confirm that following articles in the Sunday Times, Liam Herbert, the chairman of the PRCA Public Affairs Board, has lodged a complaint against Portland Communications, under the PRCA Professional Charter, and the PRCA Public Affairs Code of Conduct. We have well-established independent procedures for investigating such complaints, and those procedures will now be put into action.”

It is thought the investigations will hinge on aspects such as whether Pascoe-Watson and O'Shaughnessy were acting officially on behalf of Portland or as private advisors, whether the government department was declared as a client, whether or not they were paid for the work, and whether confidential information was used for competitive advantage.

In response to the complaint, a Portland spokesperson said: “We are very happy to help the PRCA in any way we can. In terms of the Sunday Times story, George Pascoe-Watson was advising the government in a personal capacity and his role was unpaid. The emails quoted in the Sunday Times were not based on any information gained as a result of this advisory role – something that the Department of Health & Social Care has confirmed.”

O'Shaughnessy added: “Earlier this year, I was asked to support the government as part of the national effort to respond to the Covid-19 pandemic, something I was proud to do. This role, which involved providing policy advice to DHSC ministers and officials around testing innovation, was approved by the Permanent Secretary and declared in my register of interests.”

On Twitter, Portland CEO Mark Flanagan defended his team, saying: "Very proud of the work of all Portland consultants who provide advice and insights to our clients. They’re the best of the best. Getting caught in the crosshairs between media and govt. is an occupational hazard."

The case has already prompted much comment on social media by industry figures, including Cicero/AMO executive chairman Iain Anderson, who bought Bethell’s firm Westbourne last year. He told PRovoke Media: “The key question always is ensuring good and clear governance. You can’t be a lobbyist and work for government at the same time.”

One senior UK public affairs professional, who did not wish to be named, said the case was not just about whether there had been a technical breach of an industry code: “They were appointed to roles that gave them privileged access, no one else knew they were appointed, then their firm trades in privileged access. We need an overhaul of the rules – no one envisaged this sort of flagrantly chummy behaviour.”

Another industry insider, who also asked to remain anonymous, said: “Either they were indiscreetly conveying accurate information and using personal or pro bono work for corporate advantage, or they were boasting about having inside information. Either way, lobbying being on the front page again is not a great look for the industry.”