Please refer to our Privacy Policy for important information on the use of cookies. By continuing to use this website, you agree to this.
Home Latest PR Council Forum Addresses Paths And Impediments To Achieving Diversity 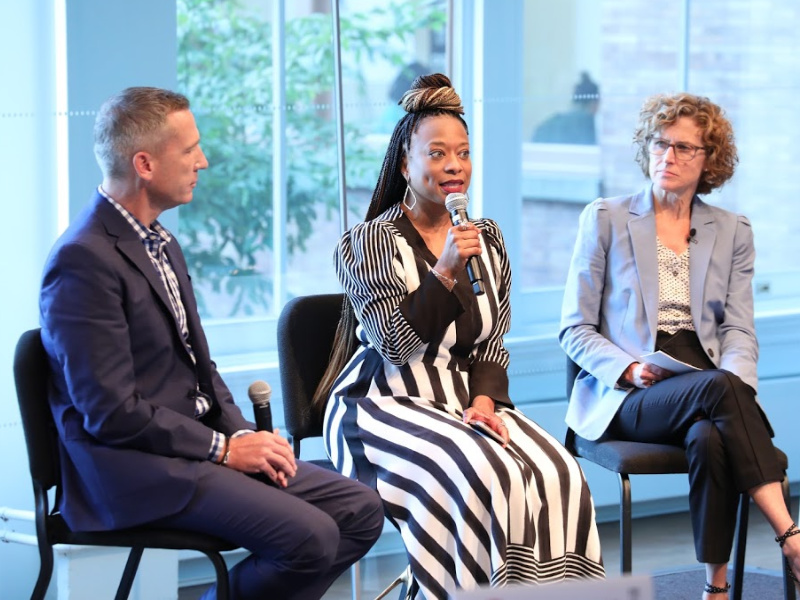 The organization's Critical Issues Forum explored the issue from all angles.

NEW YORK — No matter how earnest the efforts, diversifying the PR industry still faces a range of challenges —  from biases (whether conscious or not) to employee resistance and the hurdles that different groups face just trying to get to work each day.

“We are not making accommodations for folks,” said Hetrick-Martin executive director Lillian Rivera, relaying the story of an African-American trans woman whose morning ritual included dressing a certain way, and avoiding walking on particular streets, just to feel safe. “The private sector has such possibilities to create systems of change for people not only to be safe to come to work but bring all of themselves to work.

“Let all people come to the workplace with all they are, all they can be, because the bottom line is it is going to be better for everyone,” Rivera said.

Rivera was one of the featured speakers at the PR Council’s Critical Issues Forum held Friday in New York, where individuals representing a diverse range of populations — members of the LGBTQ and disabled communities, an ex-con and drag queen among them — shared personal experiences and insights.

Their goal: to boost industry leaders’ awareness of the obstacles they face in the working world, as well as the positives they bring to business.

Sena Pottackal, who is blind, for example, urged attendees to benchmark how accessible their operations are to employees dealing with disabilities, whether their own or a family member’s, through a thorough audit, as often companies rely on programs and technology that not everyone can use.

“This involves having conversations with people with disabilities asking them what they need to be successful,” said Pottackal, an NBC University D&I intern who has also worked at Weber Shandwick. She also encouraged investing in mentorships, inclusive leadership and development programs to create a truly inclusive environment.  “I frequently am in this place where I need to prove my worth,” she said.

Claude Silver, VaynerMedia’s chief heart officer (the job is part HR, part counselor), said creating a culture where employees who “feel different” are psychologically as well as physically safe is an imperative.

And Vincent Bragg, an ex-convict who created an agency called ConCreates that taps former prisoners’ skills, said inclusion also sometimes boils down to giving people a chance. “These people not only need a second chance, they are dying for a second chance,” he said.

For P&G, addressing the issues associated with D&I also includes doing so through its communications, including such campaigns as "The Look,” which addresses bias faced by African-American men (the company’s previous video, “The Talk” highlighted African-American moms and kids).

As P&G CCO Craig Buchholz explained, however, doing so does not necessarily come without friction, which P&G experienced in the form of resistance from some employees around the videos.

“With any of our companies, we are a microcosm of the world,” he said. “We have very specific choices we're making under this platform of corporate citizenship. And that does not always align with individuals’ points of view. But it does align with values we have established as a company and have for 180 years.”

Buchholz, along with Egami Group founder Teneshia Jackson-Warner, who co-created the campaign, said that involving, and listening to, employees in such efforts is key, as it is with the range of stakeholders.

In order to be successful in such endeavors, however, companies must be true to their own values, so that they are not swayed by critics. “The bedrock here is recognizing how what you are doing relates to the value system of the company. Then the choice is with the employee,” he said. “When you can constantly relate back to that in a way that serves consumers and stakeholders around the world, it makes it easier.”