Please refer to our Privacy Policy for important information on the use of cookies. By continuing to use this website, you agree to this.
Home Latest PR Firms Cannot Avoid Latest Retreat From Globalisation 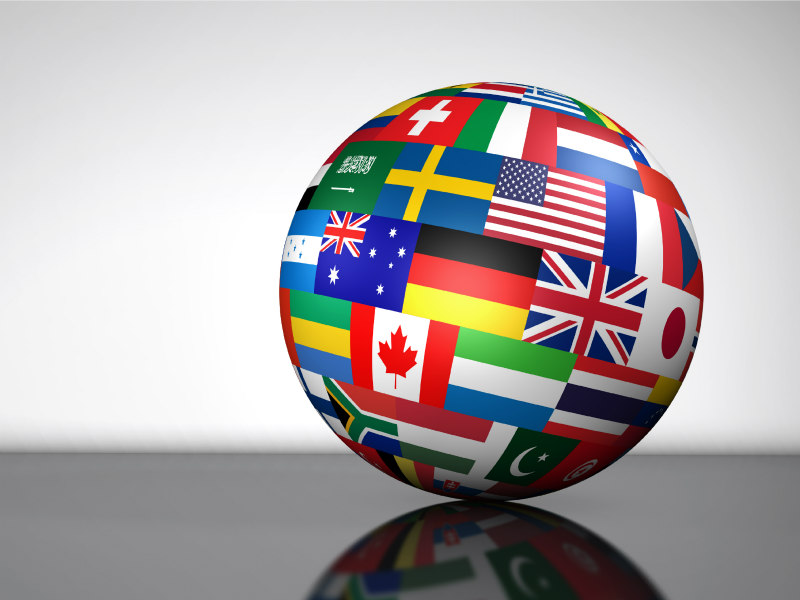 The era of imperial agency expansion may have come to a necessary conclusion, but the prospect of a less global world is one that the PR industry should probably take more seriously.

The upcoming Winter Olympics stands in stark contrast to the last time that Beijing hosted the Games, during the summer of 2008. Back then, the Olympics represented a tangible symbol of China's efforts to open up, in an era when international companies and foreign talent were arriving in their droves.

The 2022 Winter Olympics, though, suggests a very different climate — one that features a diplomatic boycott by the US and many of its allies, including Britain, Australia, Canada, Japan and Denmark. China no longer flaunts the freewheeling appeal of 2008; its Covid policies leave it largely isolated from the rest of the world, and Beijing's attitudes have visibly hardened on the global stage.

It seems apt that the event will take place in freezing temperatures, because geopolitical relations are unlikely to thaw anytime soon. That is just one reason why globalisation finds itself in retreat, with protectionism and sabre-rattling undermining the critical relationship between the US and China.

Other factors are in play too. The Covid-19 pandemic has crippled supply chains, while climate change impacts production and willingness to travel. Political polarisation and disinformation have spurred illiberalism in many nations — hobbling the very notion that globalisation, underpinned by liberal economic ideals, is a positive force.

And while a never ending stream of Zoom meetings might suggest that we are more connected than ever, it would be naive to think that the PR industry can escape the implications of a less globalised world.

Multinational PR networks, specifically, have built their geographic models on the premise that unfettered economic liberalisation will lift demand for their services across all markets. 10 years ago, MNC agency heads were eager to tell you about their their expansion plans, in such regions as Asia-Pacific, Central and Eastern Europe, the Middle East and Africa, and Latin America.

Today, those conversations have largely come to a halt. Multinational PR firms, it appears, are more likely to exit countries rather than enter them. Holding groups have consolidated their offerings, often combining agencies and aiming to build scale in regional hubs, rather than spreading themselves across multiple brands in smaller markets. An expansive geographic footprint often seems like more of a burden than a benefit, exposing firms to increasing geopolitical and economic risk and accounting for a significant share of time and resource.

Covid is, no doubt, an important recent culprit. It is hard, after all, to consider geographic expansion when international travel has been so curtailed. But many of these trends were underway even before the pandemic hit. As far back as 2017, for example, we were examining the slowdown in China's PR market for international firms, a process that has only accelerated amid geopolitical headwinds. And holding group consolidation can hardly be attributed to the Covid-19 era alone.

For many clients, moreover, roots in the local market have risen in importance versus the convenience of global service. That can explain why expansion in some regions, like Africa, Asia-Pacific and LatAm, has dried up — and why global firms still struggle to compete on a sustained basis with domestic heavyweights across Continental Europe.

Perhaps agencies can be forgiven for being less global these days, but it is an approach that carries significant risks too.

To start with, it can encourage the trend towards decision making being concentrated in New York, or perhaps London. This is never a good idea for global agencies. The US and UK may be the best places to find high-end PR practitioners, but global work carries a different set of requirements. It calls for cultural intelligence and local insight, qualities that are not always associated with a Western worldview, but are particularly important in an era when ideas travel fast and far.

Meanwhile, regional and local communications budgets are far less likely to be directed from the US and UK these days, particularly in bigger economies like China, India, Germany, Indonesia and Brazil. Not only does that weaken the case for global leadership roles based in the West, but it has also helped fuel the rise of local talent in emerging PR markets that have — traditionally — been dominated by expatriate leadership.

While multinational PR campaigns may be less popular, meanwhile, rising geopolitical tensions suggest that clients need more cross-border counsel than ever. That is probably true, but it remains a lucrative niche for agencies, rather than the entire package. Neither should it be forgotten that in-house communications departments are eagerly recruiting public affairs practitioners, suggesting that some of this work may yet fall prey to the in-housing trend.

The slowdown in travel, and the reduction in real estate costs, has brought bottomline benefits that few agency accountants will have missed. Technology has certainly made it easier to operate in fewer countries. A decade ago, furthermore, shareholder sentiment was heavily influenced by geographic expansion, but areas like ESG and marketing innovation appear to be of more importance now. Where there is international expansion, it is often opportunistic, spurred by heavyweight domestic firms or sector-specific agencies rather than traditional multinational networks.

So it seems fair to ask whether multinational agencies will ever be quite so global again, too. Not that this is all bad news, necessarily. Because this trend has been accompanied, perhaps even hastened, by the flowering of local agencies — many of which have emerged alongside sector specialists and smaller networks as credible contenders in markets that were once dominated by MNC PR giants.

A cursory review of PRovoke Media's Agency of the Year shortlists outside North America reflects as much. In Europe, you could argue that it was ever thus, but there is little question that local players are increasingly coming to the fore in Asia, Africa and Latin America, whether in terms of growth, creative excellence or even acquisition activity.

So does it matter if multinational PR firms become less globalist in their outlook and operations? I would suggest it does, not least for the people charged with leading regions and local markets on behalf of the American and British agency giants. But clients may care less. And entrepreneurial agency talent are seeing opportunities to capitalise, particularly if pay and promotion gaps persist. The era of imperial agency expansion may have come to a necessary conclusion, but the prospect of a less global world is one that the PR industry should probably take more seriously.