Please refer to our Privacy Policy for important information on the use of cookies. By continuing to use this website, you agree to this.
Home Latest PR Firms Distance Themselves From Military As Brands Navigate Myanmar Coup 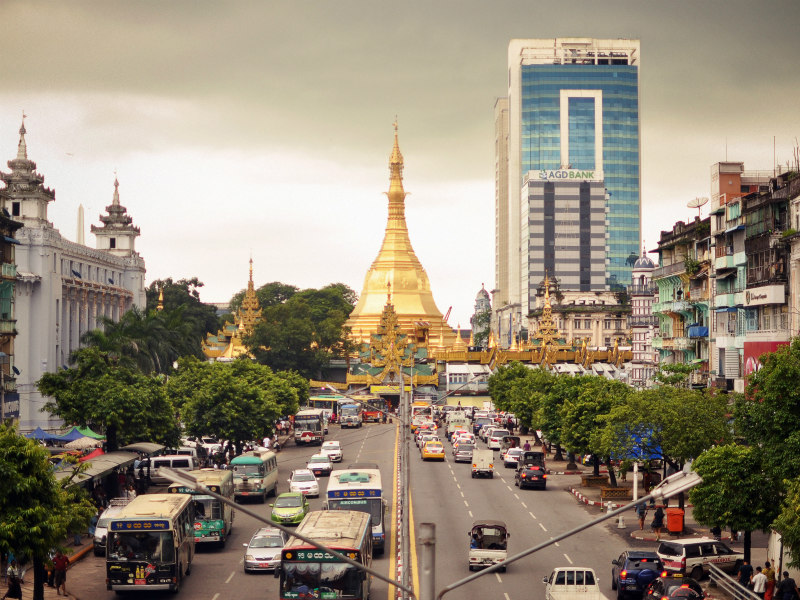 Two PR firms have chosen to no longer work for military-linked clients in Myanmar, while corporates are coming under increasing pressure to take a stance as the coup unfolds.

YANGON — Two PR firms operating in Myanmar have chosen to no longer work for military-linked clients in the country, as corporates come under increasing pressure to take a stance on the unrest triggered by the country's unfolding coup.

ERA Myanmar, arguably Myanmar's biggest PR player, confirmed on its social media channels that  it had "made the decision in the interest of its shareholders and employees, that it will no longer be representing any military-owned companies."

"Our employees and our reputation are our two most valuable assets, and now is a time where we need to be sensitive to both," added ERA, which employs 89 people. "As Myanmar's marketing communications industry leader, we feel it is important to hold ourselves to the same values and standards as our other clients, who themselves are responsible industry leaders."

Meanwhile, Southeast Asian specialist Vero — which has been operating in Myanmar since 2013 — confirmed it would no longer work for any companies linked to or owned by the
military.

"For us, it was clearly the right thing to do," said Vero chief operating officer Raphael Lachkar. "However, we also recognize that a lot of livelihoods are involved, including those of hardworking PR people and brand managers at companies now under the spotlight. Everyone in business is in a uniquely challenging situation, and we are not passing judgment on anyone for the decisions they make."

In guidelines released by Vero, the firm advises that "brands should also review and monitor all current and past links to state-owned enterprises and assess how these links might affect their reputations."

Military involvement in the corporate world spans numerous sectors, but has become less influential as Myanmar has opened up over the past decade. However, that also means that the economy is more reliant on MNC and private investment that it once was, with corresponding communications implications for those companies.

"We believe silence would be a mistake for most, but because this is a complex situation, analysis of corporate communications approaches should be done on a case-by-case basis," said Vero CEO Brian Griffin, adding that "there are expectations from audiences for brands to voice their views on this situation."

Campaign activity is expected to freeze in the near term, while MNCs will also be wary of the threat of disinformation. "As it is very early still to have a full picture, companies are not responding yet and many here are still digesting the implications," said ERA MD Anthony Larmon, noting that MNCs will be guided by international community decisions, including sanctions.

All companies, but particularly local players, will be feeling pressure from employees too. "A lot remains to be seen from local companies, as there may be unprecedented pressure from internal stakeholders to outline a position," said Larmon.

Vero client servicing director Skylar Thwe explained that there is likely to be clear alignment between corporate leadership and employees right now. "Because the election observers found that the National League for Democracy won the November elections by a landslide, any private organization that is not clearly standing against the coup is probably facing internal pressure to do so and needs to navigate a clear position as quickly as they can."

Adding to this is rising civil disobedience from government employees, while online influencers are speaking out with political messaging. "So we can see that internal stakeholders are not hesitating to make their views and allegiances very clear," added Thwe. "Organizational leaders need to manage this crisis carefully and over-communicate with their stakeholders about the company’s position."

Overall, both ERA and Vero note that compassion is called for above all else when it comes to corporate engagement. "It is a somber time in what is normally a vibrant country, with the possibility of escalation a constant source of dread," reads Vero's guidelines, with business on hold, the Internet facing further shutdowns and media restricted.

"People are nervous, dejected and upset," said Larmon, while also afraid that a withdrawal of MNC investment will mean job cuts and economic pain. "We do encourage multinationals and governments not to disengage with the country, as there is great momentum in the economy and unprecedented economic opportunity for so many communities in Myanmar."