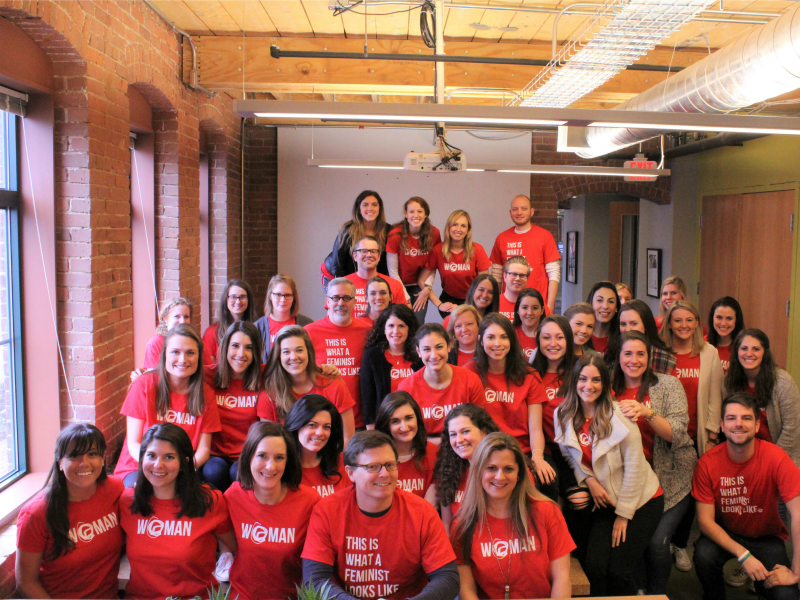 International Women's Day on March 8 was coupled with a call for women to strike against paid and unpaid labor, a follow-up to January's powerful Women's March.

While the “Day Without a Woman" strike held on March 8 (International Women’s Day) didn’t have the same impact as the Women’s March in January, several PR firms worked the strike into their schedules. Of course, the PR workforce is 70% women yet the top management posts continue to be dominated by men giving International Women's Day a particular significance. I asked for firms (via Profnet) to contact me if they were participating, only a handful responded. But among those that did, their responses and perspectives were worth noting.

Several firms offered their employees the option to participate in the strike without incurring any penalty. MWWPR — among the PR firms to sign Obama Administration’s Pay Equity Pledge — was “wholeheartedly supportive of any of our employees that choose to take time off to participate in the March 8th observance” said CEO Michael Kempner. Meanwhile, Beth Monaghan CEO of the Boston-based InkHouse said while employees had the option to strike no one ultimately decided to.

Rather on March 8, InkHouse made a point to "celebrate its female employees" (roughly 80% of the staff). While clients didn’t inquire whether the firm would be involved in the strike, several did ask for the red "Woman" or “This is What a Feminist Looks Like” t-shirts (featured image).

Similarly David Zapata, CEO of the Chicago-based Zapwater, encouraged employees to participate in the strike. “I was very clear that this was their decision and that they didn’t have to let me know or ask permission,” he said.  “If they were compelled to do so, I supported it 100%.” About 90% of the firm’s staff participated in the January march and he estimated a comparable number for Wednesday.

“Since the January march was on a weekend, we didn’t want employees to have to sacrifice a day off,” he added. “So we gave employees who marched an extra day of PTO.”

In San Francisco, Highwire PR told employees to participate in A Day Without Women “in any way they see fit. Whether that be to wear red in support, working remotely from home to not spend money on transit and daily needs, or taking time off to participate in events and solidarity meetings,” said its principal Emily Borders.

One firm — the San Francisco-based Oxygen PR — actually closed its doors so the entire team could protest. “We didn't book too many events that day and planned our work weeks accordingly,” said Maiwenn Regnault, the firm’s associate director. “But if the day went by without a hitch, it's not much of a protest. So we left a good chunk of work for our male colleagues to handle.”

The New York-based Taylor PR closed its offices on Wednesday at 3pm to support its employees in participating in activities related to International Women’s Day. Among those, was a screening of  “He Named Me Malala” about Malala Yousafzai, the young, Pakistani woman who earned a Nobel Prize  for advocating girls’ education.

"But honoring women doesn’t end on March 8," said COO & managing partner Bryan Harris. He noted, Taylor Digital is creating a video of employees sharing personal stories about International Women’s Day, in addition to making donations and observing Women’s History Month every Wednesday in March by featuring “Women Who Crush at Taylor” via its social channels.