Please refer to our Privacy Policy for important information on the use of cookies. By continuing to use this website, you agree to this.
Home Latest PR Summit: ‘Comedy Is The Art of Masterful Empathy’ 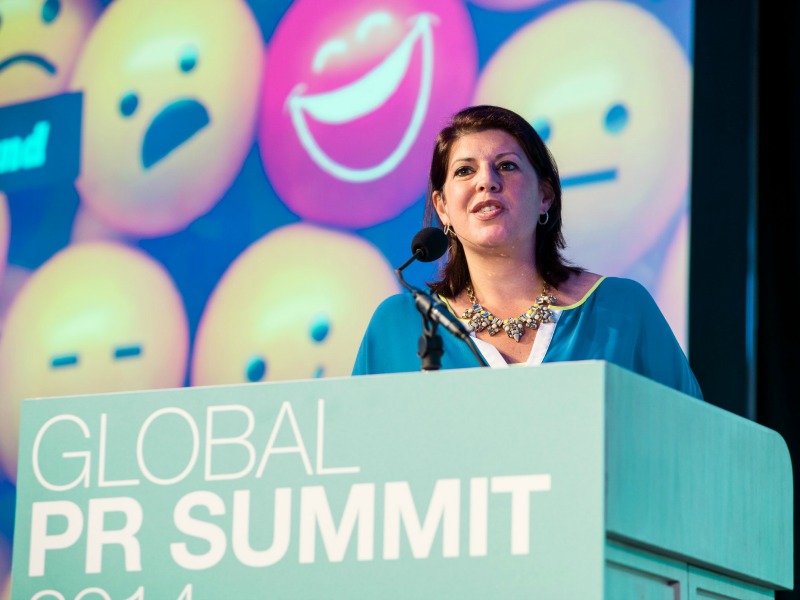 PR Summit: ‘Comedy Is The Art of Masterful Empathy’

Tapping into the creative process and empathy are key.

MIAMI — As brands look to comedy to connect with consumers, tapping into the creative process and empathy are key — these were among the observations from a panel focused on ‘Winning with Wit’ led by MSLGroup’s Stephanie Agresta.

Brand humor that resonates often comes from brands collaborating with the entertainment industry.  As an example of this, the panel pointed to GE’s “Enhance Your Lighting” commercial featuring actor Jeff Goldblum.

“Comedy at its best is the art of masterful empathy, you need to understand deeply what your audience is going through,” said creative director at Cultivated Wit Brian Janosch. He also called comedy “a fickle mistress” that usually loses its edge if it becomes contrived or forced.

Jonah Minton SVP of sales at Fullscreen pointed out that mobile is “the new water cooler” that allows people to share and create content. And having a solid repertoire of content is usually more effective than a one-off video that goes viral.

“Try things, be playful — if you look at the most popular examples — they didn’t start with one video that was a hit — it was an evolution,” Minton said. For instance, Fullscreen works with GE on its YouTube channel that is angling “to be the Red Bull media of the technology and science community.”

The panel also praised the authenticity of the video of the Franks RedHot fan pouring the hot sauce on lettuce and the timing of Nestle’s Kit-Kat tweet “We don’t bend, we break” in response to an uproar about the malleability of Apple’s iPhone 6.

Salvador Mata, research director at Comedy Central, emphasized that consumers expect that brands have personality and are willing to share content — even ads — that demonstrate this.