Please refer to our Privacy Policy for important information on the use of cookies. By continuing to use this website, you agree to this.
Home Latest PRovokeGlobal: "We Are Looking For Effort, Enthusiasm & How They Respond To Feedback" 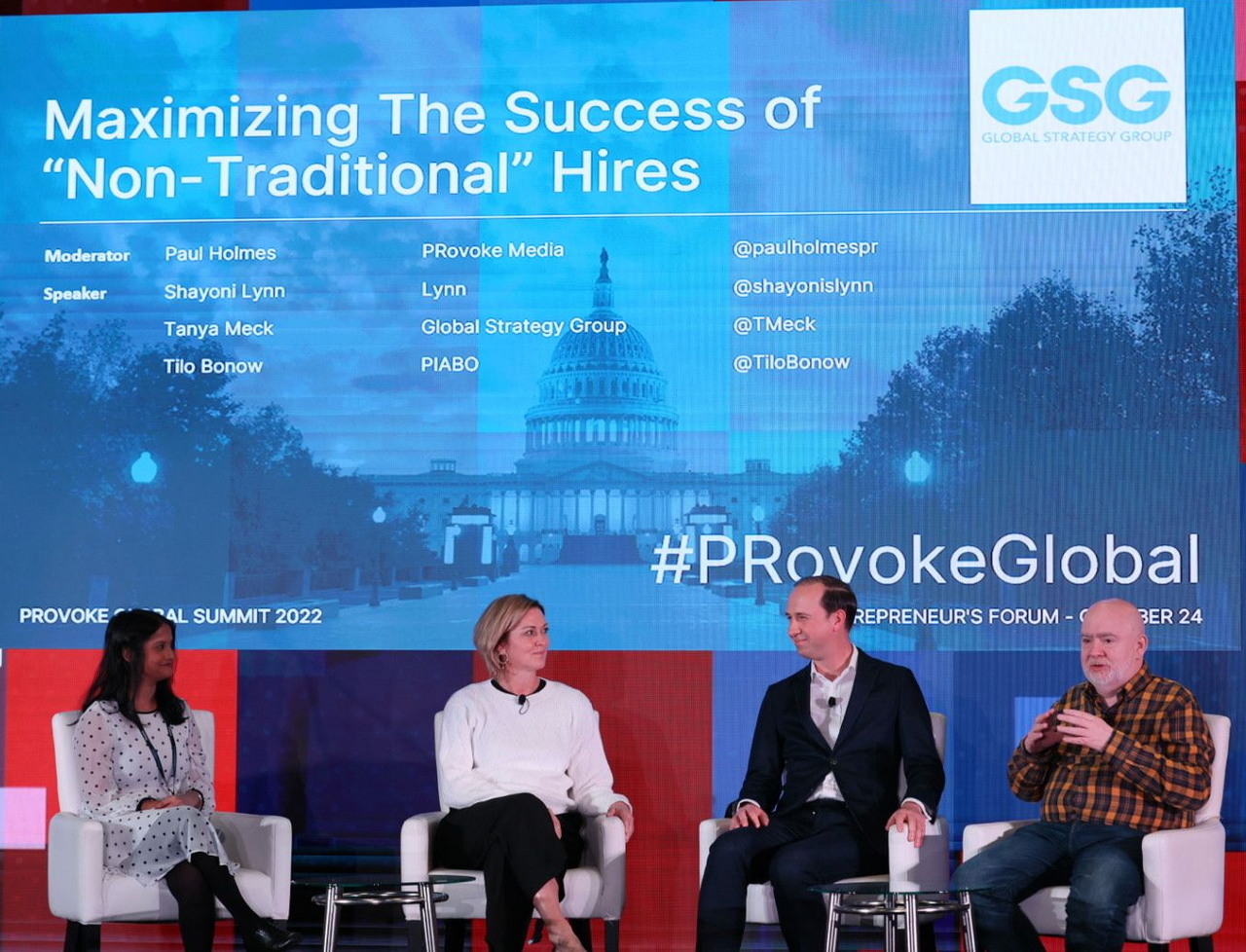 PRovokeGlobal: "We Are Looking For Effort, Enthusiasm & How They Respond To Feedback"

Speakers at PRovoke Media's Global Summit Monday discussed the ways criteria for new hires differs when it comes to candidates from outside the PR industry.

WASHINGTON — With talent from outside PR on the uptick, PR agency leaders are weighing expanded criteria — from agility to academic expertise — in making new hires who are well positioned for success, according to industry experts speaking Monday at PRovoke Media’s Global Summit in Washington.

“It really is remarkably different than how we used to recruit,” said GSG partner and managing director Tanya Meck, whose non-traditional hiring has focused on creatives with experiences like launching Justin Bieber’s perfume versus traditional public affairs campaigns.

“What we look for when bringing in creative talent is aptitude and enthusiasm. We are not looking for subject matter expertise. We are looking for effort, enthusiasm, and how they respond to feedback,” she said.

Meck was joined in the GSG-sponsored conversation by two other agency leaders — Lynn founder and CEO Shayoni Lynn and Piabo founder and CEO Tilo Bonow — each of whom has tailored the process of hiring and maximizing the success of non-traditional talent to their needs.

Lynn, for instance, takes a notably different tact than Meck does, given that her firm is built around having the kind of academic and scientific capabilities that warrants hiring experts in subjects from data and economics to sociology and climate change.

Regardless, there are a range of challenges that come with hiring talent from outside PR — onboarding, training, and cultural integration among them. And while, to some degree, the onus is on agencies to manage such obstacles, doing so also requires desire on the part of employees to make the situation work, panelists said.

Speakers, however, said the benefit of hiring from outside PR has benefits that far outweigh the challenges of doing so. On a practical level, the practice brings in the kinds of people agencies need today to staff a modern PR firm, where services have gone beyond traditional public relations to include next-level consulting and services.

At the same time, speakers said, the new perspectives non-traditional hires bring with them expand not only PR’s offerings but its outlook as well.

“Bringing in that viewpoint and making us think differently has been a huge benefit for clients,” Meck said, “and also for us."