Please refer to our Privacy Policy for important information on the use of cookies. By continuing to use this website, you agree to this.
Home Latest PRovoke16: 'Traditional Perceptions Of Chinese Innovation Are Being Utterly Upended' 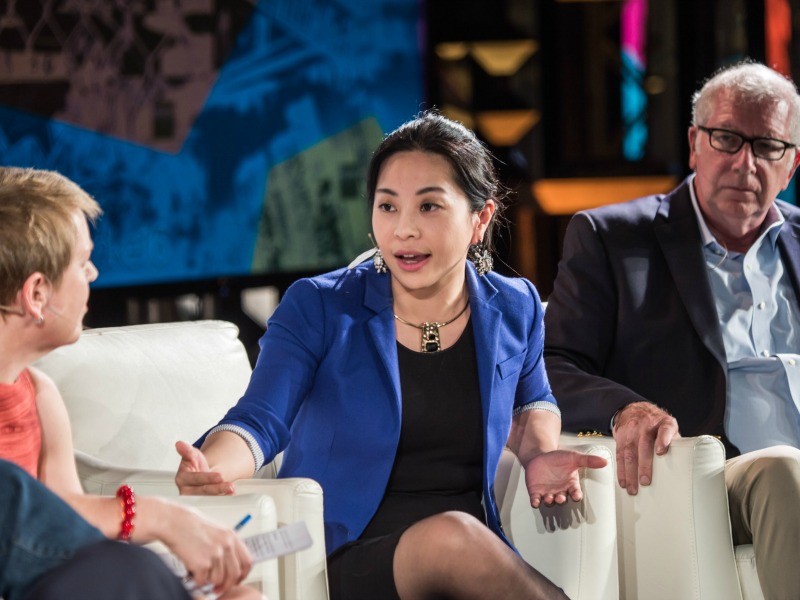 PRovoke16: 'Traditional Perceptions Of Chinese Innovation Are Being Utterly Upended'

Chinese companies might be disrupting the global marketplace, but they still need to pay more attention to building trust in Western markets.

MIAMI — A perception gap continues to bedevil Chinese companies in Western markets, where their current pace of innovation is often a step ahead of audiences more attuned to the popular stereotype of copycat companies that follow rather than disrupt.

That was one of the key lessons from a lively discussion at the PRovoke16 Summit in Miami today, moderated by FleishmanHillard China head Rachel Catanach. One of the panellists — Huawei external affairs VP Bill Plummer — set the scene by noting "traditional perceptions of Chinese companies when it comes to innovation are being utterly upended."

Huawei is a good example of that change, leading patents across all sectors in recent years. But Huawei, as Catanach noted, also remains mistrusted by the American public. Bill Black, president of the Greater Washington China Investment Center, noted that this trust gap goes both ways, but also admitted that Chinese companies would do well to simply focus on how their benefit Americans.

"I do think, on the Chinese side, their mechanism for building trust is to just tell their stories in terms of what they’ve done in the US to help Americans," said Black, pointing to Shuanghui's acquisition of Smithfield Foods as an example of a company that got it right, by organising local political support well in advance of the deal. "It was challenged. They held hearings. But it took the opposition days to organise — by the time they got the opposition organised, the message was out there."

Also of critical importance, said North America Chinese Chamber of Commerce president Jane Wu, is that Chinese companies ensure they have the right people in place to guide their US expansion.

"In most of the cases they will find someone who understands the Chinese business, but they might not understand the US side," said Wu. "One of the most important things is if they want to grasp a successful business in the US, you need to hire the right management who understand it."

Even so, Wu admitted the big-picture perspective — of Chinese companies as "copycats" — often requires strong PR counsel. Former Alibaba chief communications officer Jim Wilkinson, who heads the Trailrunner International consultancy, explained that part of this challenge involves explaining the fundamentally different context to business in China compared to the US.

"In the US people shop on brand sites. In China, they shop at marketplaces," said Wilkinson. "So acquisitions look unrelated at times. Why would Alibaba invest a ton of money in Snapchat? It makes a lot of sense if you know the Chinese consumer. Their social life and shopping life is in one place."

Huawei, said Plummer, addressed its trust gap firstly by setting up a communications infrastructure, something the company did not have in the US prior to his arrival. "We had to unravel a lot of myth and misinformation," he said.

Significantly, Huawei then focused on how it could better communicate its industry context, in this case the company's status as a technology leader. "Old-world physical geographies no longer apply," said Plummer. "One way of doing this is to be able to demonstrate the distributed economic benefit of the China-based MNC."

Ultimately, as Black put it, it may that Chinese companies have "learned capitalism so well" that they focus on profit to the exclusion on all else. "Chinese companies are aggressive capitalists but they sometimes undervalue the things that are not quantifiable," he said. "Some of the softer stuff that we do, like trust and reputation building."