Please refer to our Privacy Policy for important information on the use of cookies. By continuing to use this website, you agree to this.
Home Latest PRovoke16: Are We Heading To The Era Of 'Block This Influencer'? 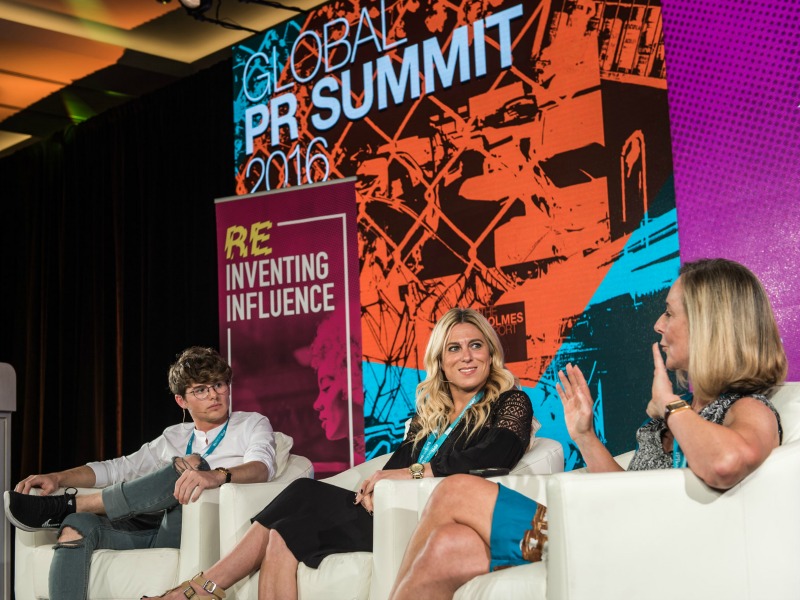 PRovoke16: Are We Heading To The Era Of 'Block This Influencer'?

"Taking the authenticity out of influencers kills the goose that lays the golden egg."

MIAMI — Are we heading to the era of 'block this influencer'? That, heard PRovoke16 delegates, is a real risk considering the ways that brands are buying influence, sometimes mimicking the broadcast advertising model that is proving increasingly ineffective.

In a discussion moderated by Marina Maher Communications chief engagement officer Susan Bean, two prominent influencers — Audrey McClelland and Mikey Murphy — shared their experiences of how brands can better utilise their talents, without resorting to overt marketing.

"When it becomes automated and false, they see right through it," said Murphy. "That's one of the reasons TV ads aren't as useful."

That goes for the "mom space" too, said McClelland, where there are bloggers who sell tweets by volume. "There are woman looking to make a fast buck," she warned. "But, whatever content we put out there, I want to know there is a relationship and correlation there, or did you automatically tweet this out? Many of us turn down a lot of opportunities like that."

"That will do nothing but ruin the integrity you have with your audience," added Murphy. "Taking the authenticity out of influencers kills the goose that lays the golden egg."

The key, agreed both Murphy and McClelland, is for brands to fit into the lives of the influencers in which they are investing, which often requires them to be comfortable giving up control, allowing influencers to use their own creative judgment.

According to recent MMC research, 95% of consumers see no problem with branded content from influencers, but 37% of influencers say that branded campaigns are not relevant to their influencers.

"The creativity piece is key," said McClelland. "You give them a little bit of creativity to play with, so you can come to a mutual agreement. To be able to do that with brands, would be the ultimate dream."

That cannot happen though, if a brand pays 50 influencers to run the same ad warned Murphy. "Those are epic fails," he said. "It's another example of oversaturation."