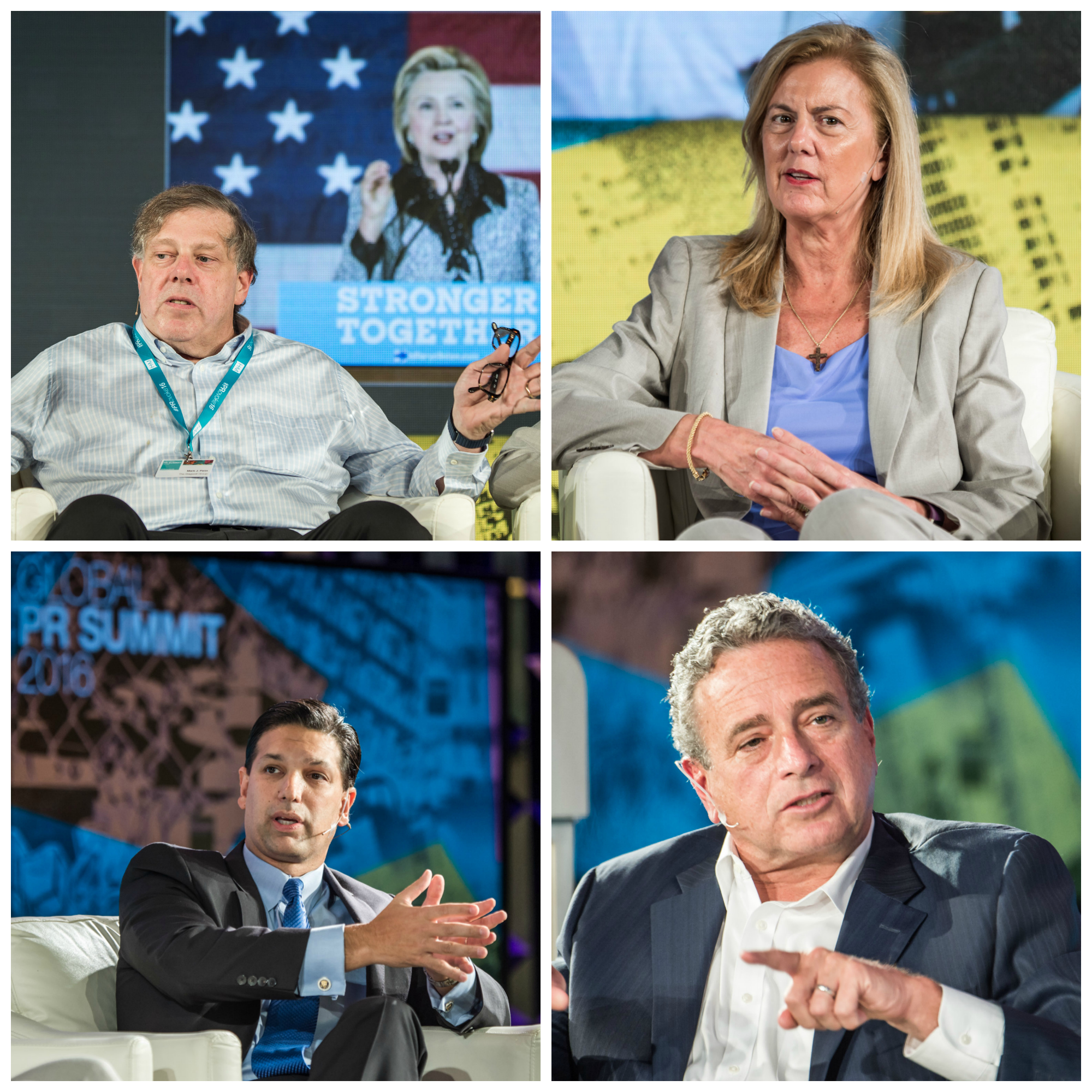 Even in a particularly contentious election cycle, political experts argue that brands can glean lessons from the political playbook.

MIAMI — The parallels between political campaigns and marketing strategy came to the forefront during a panel featuring political and brand veterans at PRovoke16 today. The panel was moderated by John Seigenthaler, who is senior counsel at Finn Partners, the session's sponsor.

Seasoned political strategist Mark Penn — now president of the Stagwell Group — mapped a five-step strategy that brings campaign-style narratives to the brand marketing sphere. Step 1 was developing a theme that everyone knows, in the 2016 US presidential we’ve seen this with Donald Trump’s “Make America Great Again” and Hillary Clinton’s “Stronger Together.”

“It divides people into the camps they want,” Penn said. “In ‘Make America Great Again’ the key is ‘again’ — we’re not the people who ruined it.”

Step 2 is targeting, which not only alters demographics but also shifts the core issues. Drawing on his stint as EVP at Microsoft, Penn compared marketing of Xbox to riling up the base and winning over swing voters to marketing the Surface tablet. Step 3 is establishing a brand’s bio (where did it come from, what’s its story?), Step 4 encouraged people to think of features as campaign issues and Step 5 involved competitive de-positioning.

“Too many market their products as though it’s their own market and they’re not in a competitive fight for consumers,” Penn said.

“Commercials don’t exist in a vacuum — people are seeing hundreds of pieces of content,” Ragone said. “If you go negative, you risk alienating consumers because unlike presidential campaigns, it’s usually not a binary choice.”

Penn noted that challengers usually go after incumbents because challengers “have nothing to lose. But once they hockey stick up, they can be impossible to stop.”

Josephine Martin, EVP of public affairs for the PhRMA trade association, pointed out that “healthcare is personal” and consumers don’t want to see healthcare institutions engaged in aggressive competitive positioning. And while the sector lends itself to easy rhetoric and soundbites, real change is hard to accomplish.

“We’re one-fifth of the economy and massive institutions are heavily invested,” she added.

Another observation the panel noted — in this US presidential election, mass television events have become a central focus for voters — and the media has amplified soundbites from these events. Meanwhile, paid media’s distribution has contracted as audiences have fragmented.