Please refer to our Privacy Policy for important information on the use of cookies. By continuing to use this website, you agree to this.
Home Latest PRovoke16: "Numbers Matter" For PR Firms Looking To Sell 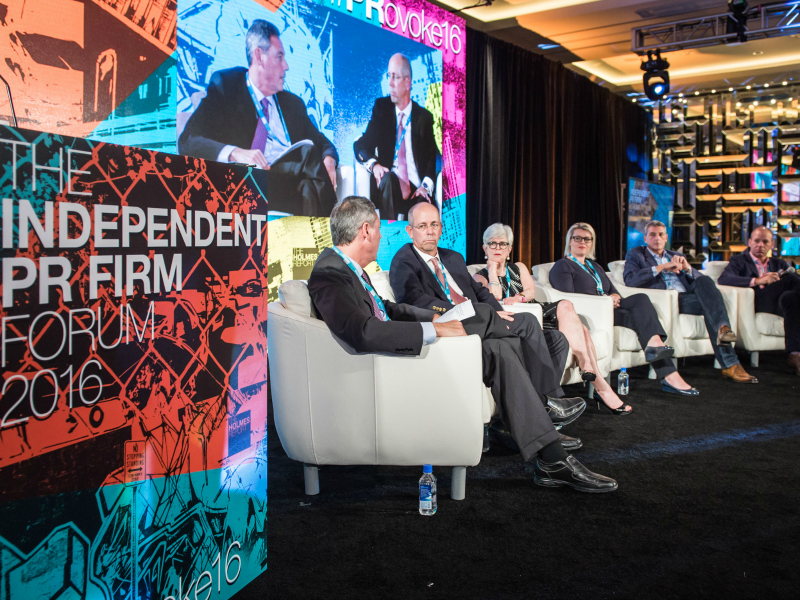 The growing diversity of PR firm buyers means that agency owners should be ready for a potential acquirer to approach — even if they expect the transaction is still many years off.

MIAMI — Independent PR firms looking towards an eventual sale must do more than produce good work — they must properly structure the company to maximize the firm’s value. A session with panelists who have been on both sides of an agency transaction provided guidance on preparing for sale at the fifth annual Independent Public Relations Firm Forum, part of PRovoke16.

Davis & Gilbert partner Michael Lasky set the stage with the findings from the 2016 Independent PR Firms M&A survey, conducted in partnership with the Holmes Report. The PR industry saw 89 transactions close since June 2015 and 57% of those transactions were made by independent buyers, 39% by public company buyers and 4% by private equity firms. The deals occurred across all continents and the selling firms included a broad range of specialties.

During the panel discussion, John Doolittle, president and CFO for Omnicom’s DAS Group, said when competing with private equity firms “we always win because we understand the service offering.”

He also outlined the holding group’s three criteria for purchasing a firm: culture and talent; a strategic plan; and a point of market differentiation — noting this is less about geography and more about skills and clients.

“The numbers matter. It’s very difficult to give an independent PR firm their valuation without financial statements,” he said. “Present your profitability because that’s what ultimately matters in addition to the softer things.”

Brett Marchand, president/CEO of Vision7International and Cossette, recalled deals that didn’t close because of deficient balance sheets. “It was constructive for those firms to go through that process,” he said. “Get a great CFO if you’re going to sell.”

Margi Booth, who is now EVP at Next 15 (the holding group that bought her eponymous firm in 2009), says bigger, substantial clients are more impressive than an assortment of smaller clients. She added, several years before M Booth’s sale, she worked with advisors on implementing tighter discipline for better profitability.

“It clearly worked — I’m still at Next 15 so something worked right,” she said.

Heather Kernahan, president of Eastwick that was recently bought by Hotwire (and rebranded as part of the parent company) spoke to her role as a non-founder.

“What set us up for sale was 3.5 years ago was we put together a three-year strategy to refine our vision and our strengths as a business very clearly,” she said. Eastwick founder Barbara Bates offered Kernahan phantom stock and mapped her financial participation on a deal.

PAN Communications founder/CEO Phil Nardone says as a buyer (the firm recently bought the San Francisco-based Vantage PR) “we had to learn to say no, which is hard for a firm my size because of the amount of time these deals take.” Most of the deals he considered included a multiplier for the seller that increased each year of the earnout.

“Earnouts are challenging but it’s the best model,” Schwartzberg added.

Marchand also advised firms to have “the next generation” running the day-to-day operations for the firm so the founder can focus on the sale process.

“And make sure the seller is ready to let go because it’s emotional,” Doolittle added.