Please refer to our Privacy Policy for important information on the use of cookies. By continuing to use this website, you agree to this.
Home Latest PRovoke17: To Change Minds, Focus On Framing The Message, Not Facts 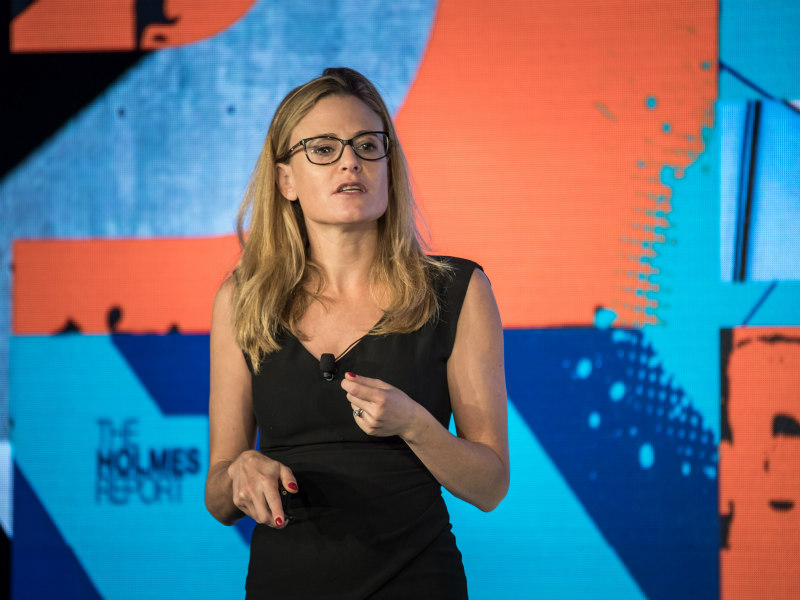 PRovoke17: To Change Minds, Focus On Framing The Message, Not Facts

MIAMI—To change minds, communicators need to focus on finding common ground, emphasizing positive outcomes, and offering immediate rewards, said Tali Sharot, associate professor of cognitive neuroscience at University College London and author of the recently released book The Influential Mind, during a session on “Why Facts Don’t Unify Us” at PRovoke17 in Miami this morning.

To answer that question, she cited experiments in which people’s brains were monitored while they worked with others to make financial decisions. Brain scans showed part of the brain shutting down when the other person disagreed with their own conclusion, and found that when confronted with disagreement, many people actually became more confident in their original beliefs.

There are four things that predict whether people will believe new evidence, Sharot said:
1. The old belief
2. Degree of confidence in that belief
3. The new piece of evidence
4. Confidence in the source of that evidence

Research has also found that people will go out of their way to avoid or ignore negative information—research has shown that investors, for example, check their stock portfolio less frequently when the market is declining, because they don’t want to know they’re losing money.

But using neuroscientific evidence, Sharot suggested that there were ways to circumvent the inherent biases of the mind.

“Instead of going head to head, the first thing we need to do is start from common ground,” she said. She cited evidence from the health arena, where experts have been trying to counteract the rise of the anti-vaccination movement.

“Health professionals confront the supposed link between autism and vaccines with science and data,” she said. “This has very little effect, because parents have already made up their minds. But some scientists suggested focusing on areas of agreement—protection against diseases like measles and mumps. This approach much more effective. They also focused on shared motive, since both the parents and the medical professionals wanted to protect kids and keep them healthy.”

Optimistic messages are also more powerful, she said. “The brain does a good job of taking in information that suggests things can get better.”

For example, when people hear that smoking kills, they assume it will kill the other guy; but when people hear that housing prices are going up, they think that the value of their house will definitely increase. “That means we need to reframe the message. Instead of telling my daughter she will get a cold if she doesn’t put on a coat, I can explain that she will stay healthy for the party she’s looking forward to next weekend.”

“Things we can get immediately are more effective than things we can get in the future,” Sharot said. “There’s thing called the attribution problem—if you kiss your spouse while he or she is washing the dishes, your spouse will connect the reward to the action, but that might not be the case if you wait until later. And rewards are more important than the threat of punishment. To get the good things in life we need to act. Our brain has evolved to understand the relationship between action and reward. Not acting is a way to avoid bad stuff. Negative information, on the other hand, can be an effective way of achieving inaction.

“So threats about the future are not as effective as promising an immediate reward.”