Please refer to our Privacy Policy for important information on the use of cookies. By continuing to use this website, you agree to this.
Home Latest PRovoke18: 'You Can Make A Difference And Still Make A Profit' 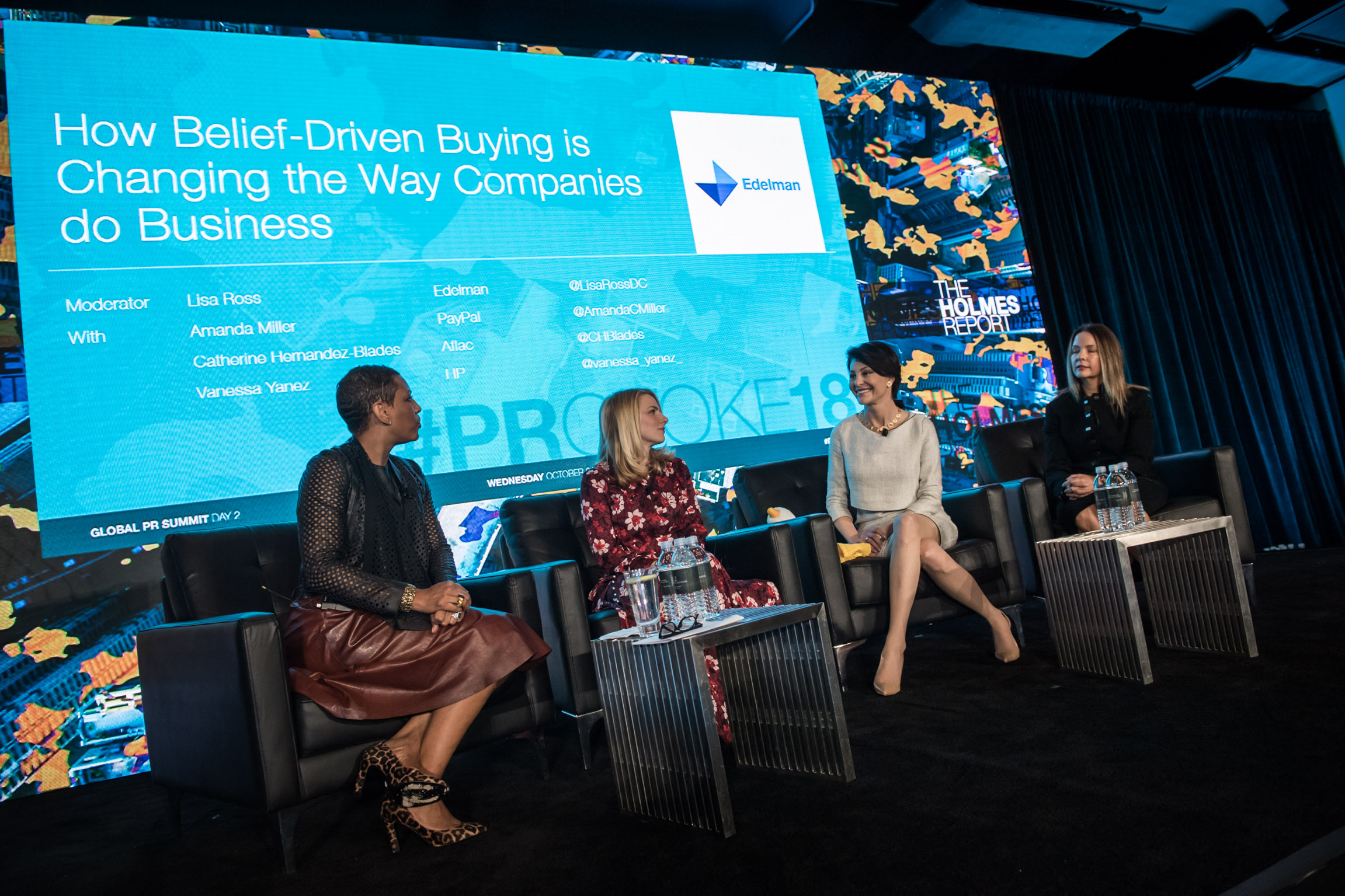 PRovoke18: 'You Can Make A Difference And Still Make A Profit'

Speakers at PRovoke18 Wednesday said companies can take stands and still be profitable.

WASHINGTON — While companies risk alienating consumers when taking stands, they don’t necessarily do so at the expense of business, a panel of experts said Wednesday.

“I think profit and purpose can live side-by-side,” said Amanda Miller, PayPal’s director of corporate communications. Which doesn’t mean that’s always readily apparent. “I frequently ask, ‘How does this drive shareholder value?’ And sometimes it doesn’t."

Miller’s comments were part of a panel discussion at PRovoke18 in Washington about how companies, which are increasingly assuming leadership roles, are able to reconcile having larger purpose, and societal impact, with being money-making organizations. Aflac CCO Catherine Hernandez-Blades and HP’s worldwide head of print communications Vanessa Yanez also participated in the conversation, which was moderated by Edelman Washington, DC president Lisa Ross.

Miller said that, for PayPal, making decisions that reflect its values (CEO Dan Schulman received death threats after pulling out of North Carolina in protest against the state’s ‘bathroom bill’ seen as discriminating against transgender people) trumps the ripple effect they may have given today’s divisiveness.

“We have a mission and a vision and values, and they are not just things on the wall. They are things we live every day,” she said, adding that those values are right up there in PayPal’s user agreements so should not be to anyone’s surprise. “I think for us it’s a way of building and growing the company globally.”

Miller’s fellow panelists echoed that sentiment, saying that while championing causes — inclusion and equality among them — has been tough at times, the ultimate payoff shows in resulting stakeholder trust.

“You can make a difference and still make a profit,” Hernandez-Blades said.

She credited Dan Amos, Aflac’s CEO of 28 years, with going out on a limb early-on in creating a truly diverse leadership team, an effort that over the years caused him to “be lonely” among C-suite execs.

Today, however, the insurance company truly reflects its customers as well as its employees, and serves as the foundation of a company whose reputation is hard to pierce, she said.

Making decisions based on core values is also core to HP’s operation, which Yanez said drives practices from tapping employees’ opinions to its campaign challenging the traditional picture of what an ‘all American family’ looks like.

“When you hear us make decisions about products and services, you really hear us make our values prominent,” she said, adding that is reflected in word from “the CEO on down.

“Values and actions go together,” she said.