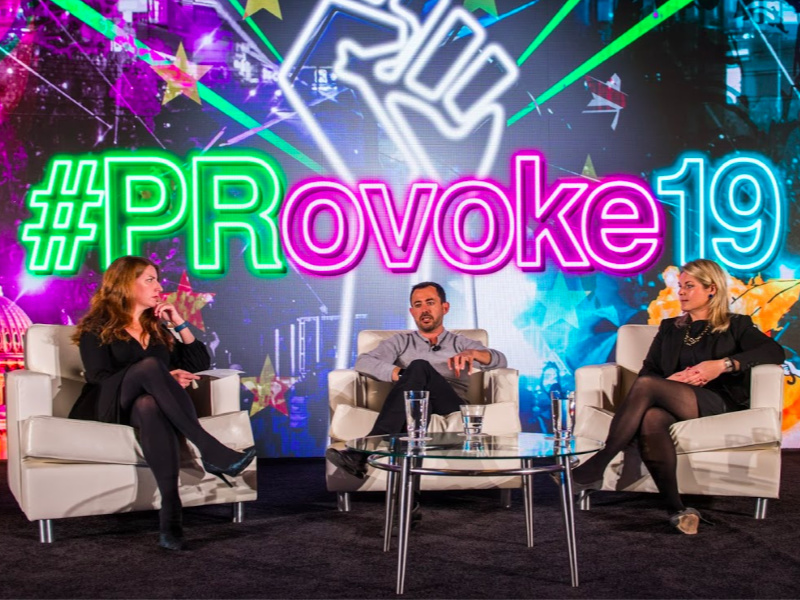 How do companies handle reputational risks in an age of disinformation?

WASHINGTON — While communicators have long been tasked with protecting organizational reputation, the proliferation of inaccurate information has fundamentally changed the nature of this task, heard delegates at PRovoke19 last week.

“We can all agree that social (media) has changed our lives,” said Corey Baldwin Hennigar, global VP of intelligence at social media monitoring company Storyful — explaining that bad actors hijacking the narratives makes companies particularly vulnerable. “A lot of things are being done to distort the truth.”

Speaking Wednesday at PRovoke19 in Washington, Hennigar said businesses face reputational risks due to both rampant disinformation (which includes intentionally deceptive falsehoods, like propaganda) and misinformation (which is untrue information spread without malice, like false rumors) — and need to protect themselves.  “It’s a false sense of security that brands are experiencing right now,” Hennigar said.

Hennigar and fellow panelist Arik Ben-Zvi, CEO & founder of Breakwater Strategy said there are steps organizations can take to avert reputational crises — as well as recover should one hit. And while both agreed that these efforts transcend communications, the function needs to be ready.

"Ultimately it's going to land in comms' lap when a crisis happens," Hennigar said.

Understanding particular vulnerabilities and potential detractors are crucial components of this kind of risk management. So is having the tools in place to monitor social content, along with a robut response plan, they said.

Ben-Zvi, however, said those kinds of moves, while valuable, have their limitations (“I don’t define preparedness in terms of anticipating every possible situation,” he said).  In turn, protecting and defending corporate reputation, falls to company leaders, particularly CEOs.

“Being adept at managing this new environment we are in is about the culture of the organization at the highest level. Do you have leadership that has a strong core, that has a North Star? Do you know what you actually stand for and believe in? Are you prepared to defend it?” he said, adding that those beliefs and tenets have to permeate organizations to matter.  “All need to be on the same page.”

Ben-Zvi said it is also critical that corporations in the US heed the position they have in a society, and take it seriously. “How you value your place in American culture is everything,” he said.

“It’s about taking ownership of your own narrative and accepting that responsibility. It’s easy to want to be everything to all people and that’s wonderful. But our world doesn’t allow for that anymore,” he said.  “Otherwise you will be defined by others who don’t have your company’s interest at heart.”

“Increasingly companies distinguish themselves by understanding their core values and being prepared to own the consequences of that. The bad news is it will be harder and harder to have a mass market plan that pleases everybody,” she said.

And while doing that requires widespread organizational buy-in, from the C-suite on down, communicators have the distinctive role in making that story known and sustainable, even in times of crisis.

“There is an opportunity for the comms professional to be a change-maker, to make this more than taking this to the board,’ she said. “It’s a great time for (communicators) to make their mark.”