Please refer to our Privacy Policy for important information on the use of cookies. By continuing to use this website, you agree to this.
Home Latest PRovokeEMEA: The Challenges Holding Back PR Industry's DE&I Progress 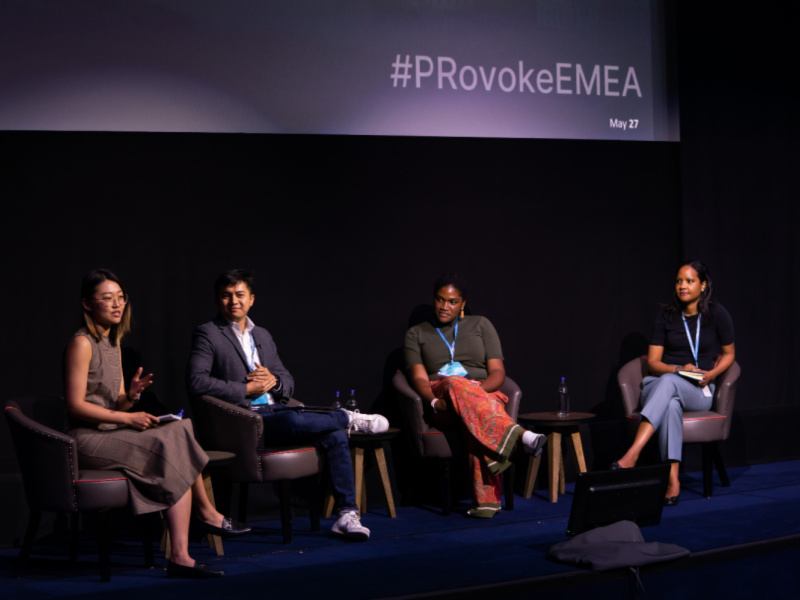 Members of The Xec. discussed how DE&I reports and company cultures are hampering the PR industry's efforts to foster diversity & inclusion at last week’s PRovokeEMEA Summit in London.

LONDON — Two years after the George Floyd murder supercharged the Black Lives Matter movement, the PR industry is still coming up short on DE&I — and actionable ways to make gains in the area, according to panelists at last week’s PRovokeEMEA Summit in London.

Man’s comments were part of a look at why DE&I reports could be holding diversification back, one of two Summit sessions featuring members of The Xec. leadership scheme, the first for UK-based Black, Asian, mixed race and ethnic minority PR and comms professionals. The group’s second session focused on the barriers to creating truly inclusive agencies.

Man along with fellow panelists Whitney Simon, a Missive account director, and Maxine Myers, Imperial College London’s communications manager, explored a range of flaws in the DE&I reporting process that they say hamper progress when it comes to fostering a diverse & inclusive industry.

The issues include reports reiterating well-established problems. “Often times the reports are highlighting the same thing: diversity is either stagnating or getting worse,” Simon said, lumping diverse employees into one category, and not painting the full picture of organizational problems like the lack of diversity of senior leaders.

“These reports show how we look at people from diverse backgrounds as just some number, just a statistic to make your companies feel better about what you’re doing and we need to step past that,” Simon said, adding that such efforts show “a lack of understanding diversity and inclusion.”

Myers agreed, saying reports can be misleading. For instance, a recent National Health Service report said the organization is the most diverse it’s ever been. What it doesn’t consider, is that NHS hospital leaders are predominantly white and that 76% of Black, Asian, or mixed-race physicians have experienced at least one racist incident in the last two years, according to the British Medical Association.

“Beyond the stats or the narrative, there are people, and I am sure there are people screaming out to be heard,” Man said. “Find a way to listen to them, understand them and that will give you that richer insight on what to do next.”

Much of The Xec.’s second panel focused on company cultures and how they either foster or impede inclusivity, and that the former only happens when there is buy-in from employees across the board.

“It’s the behaviors that are exhibited on a day-to-day basis that guide the company culture,” said Harvard director Ben Roberts.

Yet progress in inclusivity is being hampered by agency leaders still not owning up to the reality of DE&I-related issues in their own organizations because doing so is uncomfortable or difficult, speakers said.

“Why do you feel that you can support movements externally, but your people are really suffering and being ignored and overlooked and we’re not having that honest conversation,” said Maria Adediran, a Wimbart account director.

Anäis Merlin, CCgroup’s head of mobile & telecoms, said agencies achieving inclusivity also involves companies starting to consider what candidates bring to their cultures versus whether they fit in.

What does an inclusive agency look like? For Roberts, an inclusive organization “is any company that is continuously committed to string to improve.

“Experiences change, socioeconomic issues change. No one would have ever predicted anything that has happened in the last three years. Just being agile and able to address those issues head on,” he said.

“I do think a lot of the work being done now around race and ethnicity after George Floyd and after Black Lives Matter is really going to put companies in a good place on some of the other issues. Because they’ve realized how to start having difficult conversations and being more comfortable with it so when they get to try to address some of the other issues like neurodiversity and like disability they won’t be as terrified,” he said.