Please refer to our Privacy Policy for important information on the use of cookies. By continuing to use this website, you agree to this.
Home Latest PRovokeGlobal: Using Data To ‘Ride The Wave’ Can Boost Credibility Of Comms. 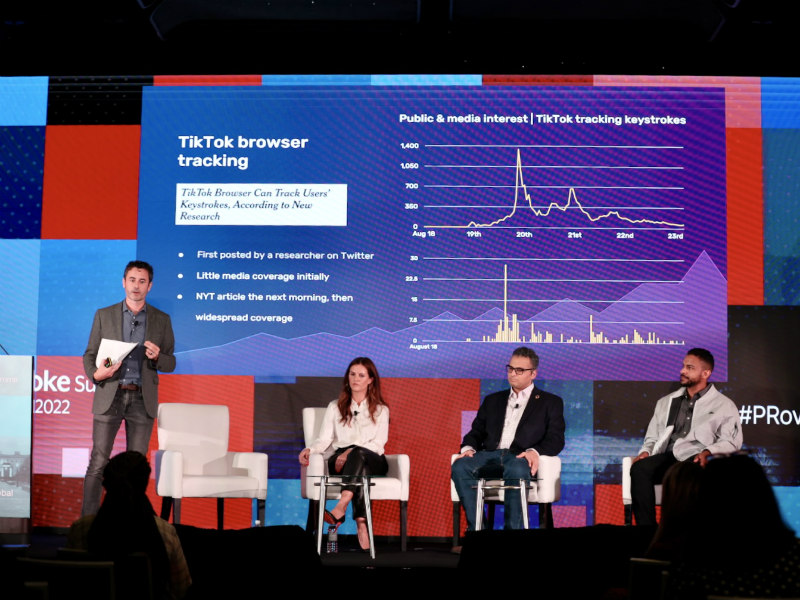 PRovokeGlobal: Using Data To ‘Ride The Wave’ Can Boost Credibility Of Comms.

Senior leadership more likely to be influenced by data and metrics, even if this comes at the expense of ‘old school’ media relations pros.

WASHINGTON, DC — Predictive data can bring communicators a "level of credibility we haven"t had before" with senior leadership, PRovoke"s Global Summit heard.

During a panel discussion led by NewsWhip CEO and cofounder Paul Quigley, data scientists and communications execs noted that data and metrics are more likely to influence those at the top level, although this creates a "moment of fragility" for more traditional media relations experts.

David Sanchez Carmona, director of predictive crisis analytics at APCO Worldwide, said data has the power to "pop the media bubble and bring numerical analysis to the top."
He said this could prove hurtful to "old-school media experts" if data shows their press releases are generating no engagement, but it can also provide security to crisis management teams if they can track whether or not the media are reporting on their issue.

"You can sleep well overnight because the news isn"t activating the public interest and the media isn"t writing about it, and that brings peace of mind."

Using predictive data enables PR professionals to visibly see when public interest has been captured, and act quickly to translate that into coverage.

Aubrey Quinn, senior comms exec and formerly partner and MD of Clyde Group, added: "Communications agencies can reposition themselves as less a media relations and social media partner, to really tap into what the organisation"s objectives and goals are and issues they"re facing, and provide a level of data and insight that"s relevant way outside the comms team."

The impact of data and analytics also means communications teams need people who can understand data, not just from a media perspective but also at a research level. "It"s such an art, and it"s often overlooked," Quinn said.