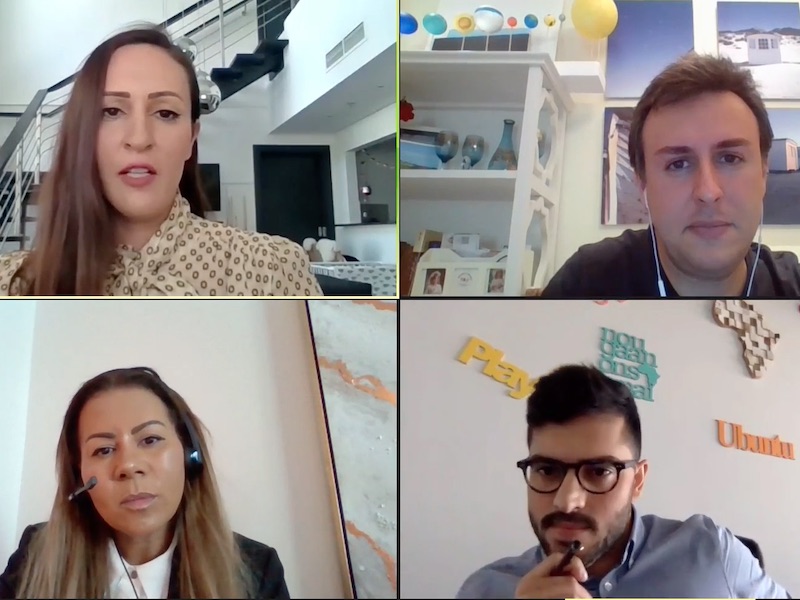 In a frank discussion, speakers at the summit outlined the challenges of moving forward on sustainability commitments in the Middle East.

DUBAI — Moving forward on sustainability commitments remains a challenge in the Middle East, but communicators can play a significant role in helping businesses and governments, according to speakers at the PRovokeMENA Summit this week.

In a frank discussion on how much of a priority environmental, social and governance commitments are in the region now, led by H+K Strategies regional director of financial and professional services Jennifer Engmann-Kedissa, Schneider Electric’s corporate communications director Alex Malouf said: “I don’t think we are prioritising a ‘green recovery’ in the Middle East and North Africa.

“If you look at the EU, everyone is talking about retrofitting, building better, reducing carbon emissions. It’s the same in the US, and in South Korea. Here, we have not seen those conversations. We’ve seen government discussion around renewables but we’re missing getting the private sector and the wider public involved.”

Malouf said collaboration between the private and public sector was key to moving forward on ESG commitments, particularly in terms of the environment, but this was proving difficult in the region: “We’ve got to push hard on getting government to realise we are part of the solution and can help them to meet targets, make the region greener and help them in shaping the green economy.

He added: “It’s got better but there are still too many barriers to understanding what each part of the ecosystem is doing – if we better understood what governments were doing, we could step up and support them with their ESG goals. We’d like to do more, but no one part of the equation can do this by themselves.”

In terms of open public debate on sustainability issues, too, there are wide differences in the region, said Malouf: “If you look at Levant, for instance, there is a strong civil society, a lot of independent NGOs and a lot of public discussion. In the Gulf, you don’t see so much independence – even forming an NGO is a complex process. You need to be a good listener to really understand sentiment within populations and across the region.”

At Mubadala, corporate communications specialist Libby Hennigar told Summit attendees that no comms professional in the region could now ignore ESG: “There is an element of government and regulatory in the Middle East that has realised oil and gas has a shelf life, both from an economic and environmental perspective. Especially in this region, which is set to be most impacted by climate change, we are seeing governments actively diversify economies away from fossil fuels. There is a requirement for companies to be active participants and to work in partnership with governments to progress these initiatives.”

Also on the panel was Davide Del Deo, an advisor at consultancy Sustainable Square, which helps business set and move towards sustainability targets and reporting. He said there was a particularly urgent need to move forward on environmental factors in the region: “There is a lack of understanding of the topic of the environment, in contrast with somewhere like Sweden, where everything is about environmental issues.

“There is a need to push more on social issues, for sure, but also to push open doors on climate change and water management, and we need corporates to put pressure on to find solutions.”

He said the in-house comms teams within companies he advises in the region were often leading on sustainability within the organisation.

“The contribution of the communications team is the most important one when it comes to reporting on sustainability. This is a journey, and comms departments in corporates have always been interested in helping to create the narrative and creating content that gets into the devices of the younger generation to show the brands that have long-lasting value.”

However, he acknowledged there was sometimes “a gap between communication and the actual work”. Hennigar responded by saying: “We do help businesses with a narrative around ESG, and it’s great to have an element of storytelling to help audiences and stakeholders understand your organisation’s position, but that absolutely has to be backed up by data and action.

“You can acknowledge it’s a journey, but you have to be able to back up your story and the actions you’re taking to make continual improvement, so can’t be doubted that you are genuine and coming from the right place.

“Comms professionals play an important role of weaving ESG into business operations: instead of being viewed as a PR exercise, it’s really important to have a strong impact to reduce long term risks associated with ESG issues and avoid accusations of greenwashing.”

On persuading internal stakeholders on the value of ESG commitments, Malouf said: “My argument is simple: being a sustainable company is good for business. It gives you more potential to be a longer-term business, and this is being recognised by forward-thinking organisations in the region, who have seen the opportunities for doing business in a sustainable fashion, and we need to bring the rest of industry with us. We have to help boards of companies realise what sustainability can do for them, that it’s not a cost but can be a driver of revenue and growth.”

Hennigar concluded: “The one thing we need to be mindful of is just how quickly the ESG landscape evolving, and as communicators we have a duty to make sure we are keeping up with that evolution to best advise our organisations. It’s not going away, it’s here for good, and in a young region, if you want to attract top talent, you have to make ESG considerations a critical factor in how you do business.”