Please refer to our Privacy Policy for important information on the use of cookies. By continuing to use this website, you agree to this.
Home Latest PRovokeNA: 'I Don't See AI Coming Close To Knowing What's A Good Story And What's Not' 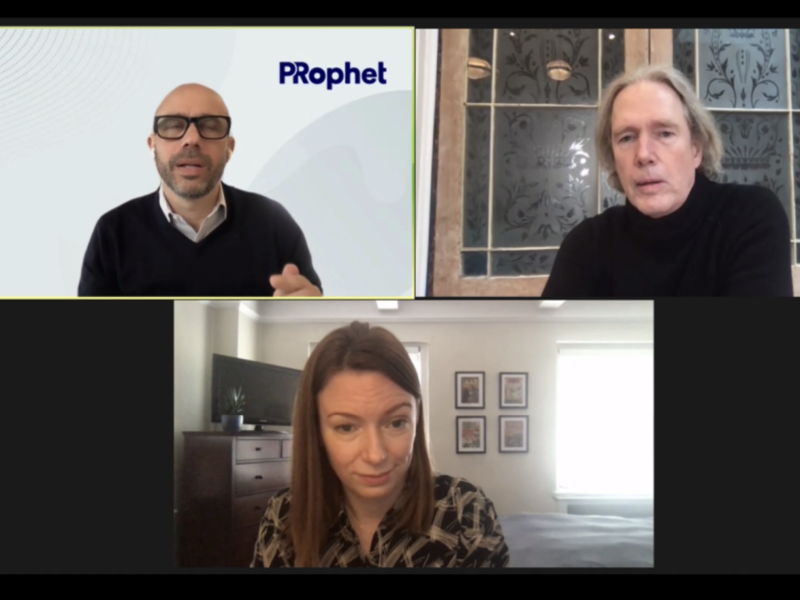 PRovokeNA: 'I Don't See AI Coming Close To Knowing What's A Good Story And What's Not'

AI isn't going to take over your job, but it could help make your work better, panelists at PRovoke Media's North America Summit said.

John Seabrook doesn’t believe communicators are in danger of losing their jobs to machines that can write anytime soon. To the contrary, the author and The New Yorker writer says artificial intelligence could actually help communicators by improving the quality of their work.

“AI isn't going to take your job as a PR person, but it could enhance your job so you're not doing meaningless stuff — but instead the things humans are good at,” Seabrook said.

Seabrook speaks from experience, having explored the question of whether computers can write for The New Yorker. Among his takeaways: While computers can’t replicate the skill and artistry real people bring to communications, they could, by contrast, make the industry’s output look really good.


“AI writing is going to make the human writing more valued, sort of like how mass-produced clothes make couture more valuable,” he said.

Meron said there is a role for AI in producing the kinds of communications that don’t need that human touch such as, say, earnings and events announcements. “The dirty little secret is there is a fair amount of work that is not a human intelligence task and not a high intelligence task.”

Meron said she’d welcome computers taking over that part of the job so she could spend time on “higher value tasks.”

“If my computer could get me 80% of the way there, I welcome that,” she said.

Seabrook warned, however, that there could be ramifications to the PR industry farming out some of its tasks to machines, particularly when it comes to penning and distributing press releases. The “nightmare would be some machine spitting out these things,” raising the number of pitches he receives daily from 200 to, say, 2,000.

And, he said, machines simply aren’t capable of pitching what grabs his attention: a really good story.

“The thing I’m looking for is not a person or a trend. What I want is a story and if you can give me a story you have given me an immensely valuable thing,” he said, adding that the notion of narrative “is a very human thing that is very complex.

“And I don’t see any sign of AI coming close to knowing what's a good story and what’s not,” he said.