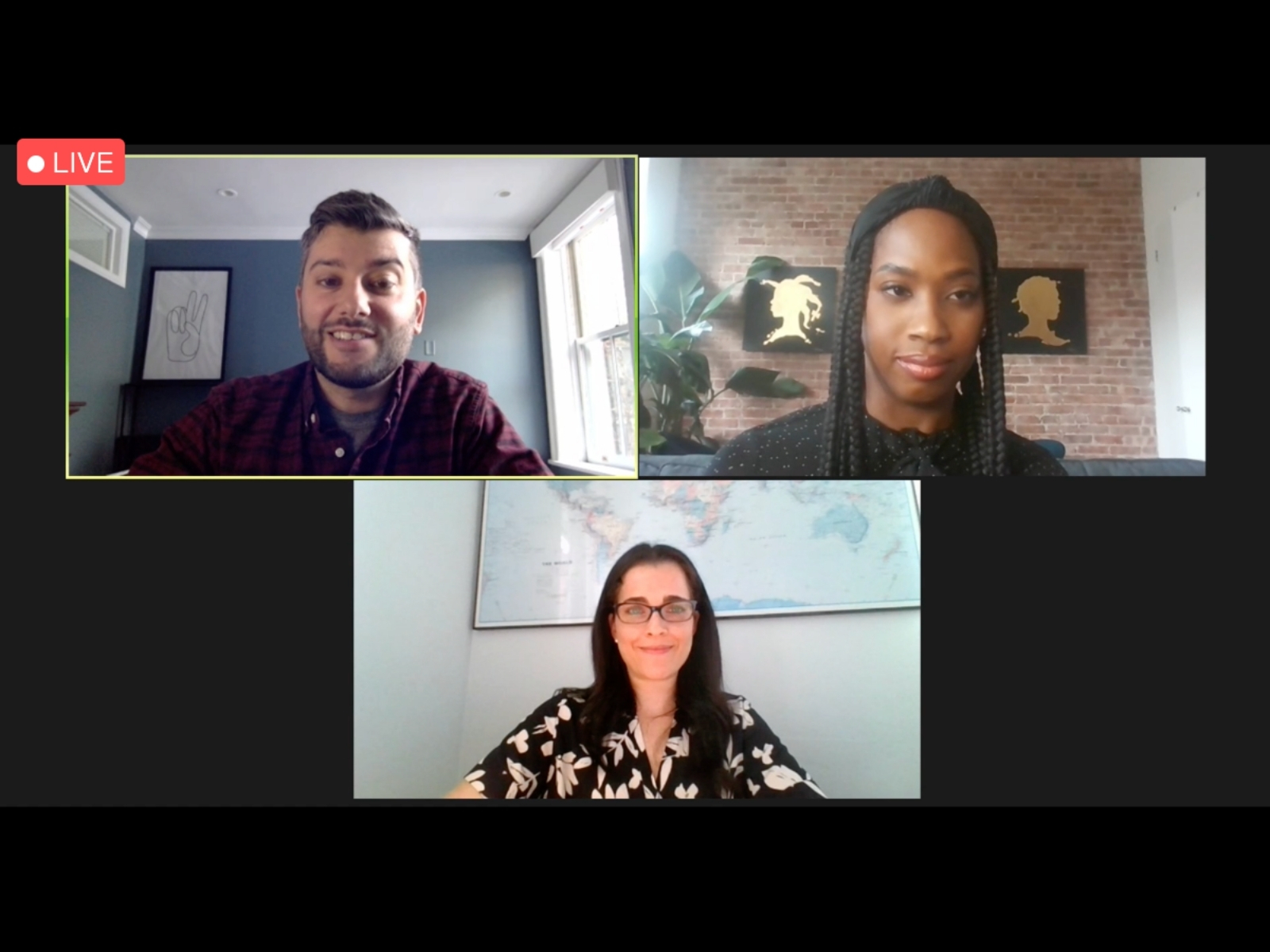 Brands and marketers have become more willing to take risks as a result of the Covid pandemic, a panel of communicators told PRovoke North America.

Brands and marketers have become more willing to take risks as a result of the Covid pandemic, a panel of communicators told PRovoke North America yesterday during a session titled “Fresh Perspectives on Influence and Innovation” and sponsored by MSL.

“We had the rug swept from under us,” said Sophia Costabal, senior manager for brand experience and advocacy at KitchenAid Small Appliances, speaking of the crisis that struck a year ago, and the changes it brought to marketing and communications. “It was a complete shift in the comms and campaigns we thought we would have to do. We had to ask what we could do to authentically connect with all those people at home.

“We had to understand our consumers and find ways to connect. Innovation is about being quick and agile and having the spirit to take calculated risks.”


Iman Jefferson, east region communications lead for Buick, GMC and Cadillac at General Motors, agreed: “We had to really pivot and look at how we talk to consumers, who are spending time in their cars in ways they never had before. We have been finding ways to tell that lifestyle story. And we also had to look at societal issues and how to talk about those issues from an automotive standpoint.”

Moderator Tom Pompei, SVP of digital and innovation at MSL, suggested that the pandemic had made many clients less risk averse, despite the challenge of persuading senior management to move away from the tried-and-tested, “particularly when the established platforms have data and metrics they have come to trust.”

Jefferson said that the GM brands she works with have become “a bit more open to trying things out. We were trying to do things more virtually even before Covid, and finding that for a lot of our media, there were positives, they were able to have more one-on-one conversation with our people than at live events.

“We will probably continue to do things differently when this is over—it will be more of a hybrid model.”

Said Costabal, “Pre-Covid we were discussing whether TikTok was right for our brands. Leadership understood there was a lot going on around food, but we had been hesitant to test the waters. Covid completely changed the way in which we were willing to take risk. We tested the waters, it was a small risk, and if it went wrong we could pivot and learn, but it was a success and it became a part of our strategy.

“So TikTok is not going anywhere. Now we’re looking at Clubhouse. We are waiting and watching and trying to figure out an authentic way to show up on that platform.”

Jefferson said GM’s Chevrolet brand has experimented on TikTok, working with influencers. “The thing that’s interesting is that it started off as this Gen Z-focused platform, but now everyone is using it. It’s not just for tweens anymore and that’s why it’s still growing.”

Added Costabal, “I thought about it as space where nieces and nephews were doing silly dances, but it’s so much more than that. It’s a platform that is more about consumption than social media. And it’s a place you can spend hours with this feel-good content. That was a perfect recipe during a pandemic, when people were feeling trapped.”

Pompei agreed, pointing out that technology adoption had soared during the pandemic, with older people—often isolated—using platforms they would never have discovered except for the various lockdowns around the country. But he wondered whether people would continue to enjoy those new platforms when the crisis is over.

“Engagement has been extraordinarily high,” Jefferson said. “People are not ready to go to dealerships as they were before, but there are  other ways to engage.”

Costabal saw the same trend: “The way people purchase and buy has forever shifted. I don’t think that’s going to go anywhere. We will find a new hybrid approach, more direct-to-consumers, more focused on the shopper journey. We are trying to form authentic communities on existing platforms, new platforms, and we are recruiting an army of advocates—connecting with our most loyal fan base and harnessing that sense of community.”