Please refer to our Privacy Policy for important information on the use of cookies. By continuing to use this website, you agree to this.
Home Latest PRSummit: 'Design Is A Form Of Communication That Everyone Can Understand' 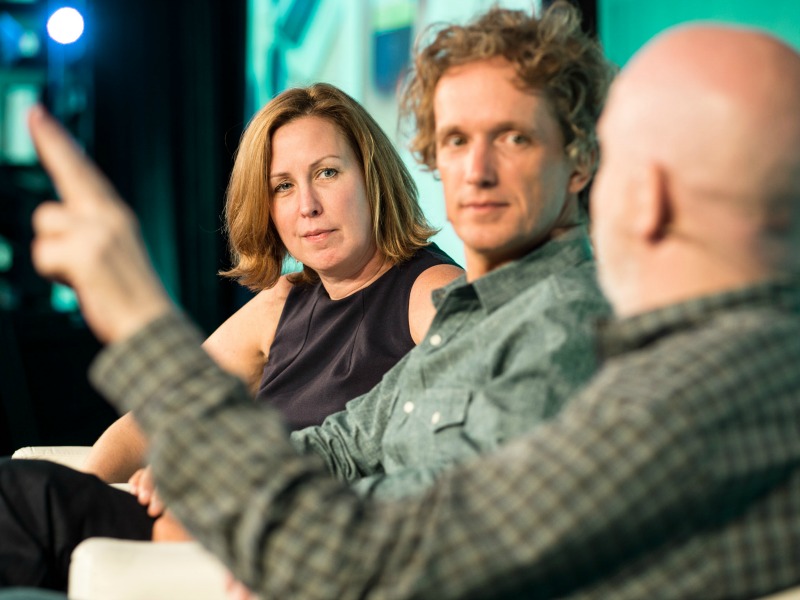 PRSummit: 'Design Is A Form Of Communication That Everyone Can Understand'

Design is a way for companies to communicate their ideas, particularly at a time of rapid change.

MIAMI—Design is a way for companies to communicate their ideas, particularly at a time of rapid change, delegates heard at the Global PR Summit today.

In a session led by Fuseproject CEO/founder Yves Behar, the importance of design within the public relations process was discussed at length, focusing in particular on the rebranding of PayPal earlier this year.

Behar, who led the project along with PayPal chief brand and communications officer Christina Smedley, pointed out that design can be used to communicate a variety of significant changes.

In PayPal's case, this meant retaining the company's challenger status while conveying its newer story "about how PayPal is about connections, bringing people together on their platform."

Smedley added that the rebranding gave PayPal an opportunity to demonstrate that it stood for something.

In our case its about the millions of people every day that engage with us and find opportunities to provide for their family," she said. "People’s money is really important to them. Generally, it’s driven by the heart of the narrative — we stand for people and we want to protect them."

Behar believes that "design puts communication at the centre of every interaction."

"When it’s well done it’s a universal language, a form of communication that everyone can understand," he added.

This can take many forms. For example, in the case of Jawbone's Jambox and UP products, Behar was effectively tasked with communicating not only a new product, but a new way of thinking.

"Usually companies will talk about a whole set of notions about fear," he said. "What happens if people don’t like it. There is fear on the one hand, but on the other there is opportunity."

The focus on storytelling, added Behar, should bring natural alignment with the PR profession.

"When I work from people who are in communications and PR, I actually have to educate them a lot less about the impact of a good story than people in the boardroom," he explained. "They understand firsthand that it’s very hard to put a message out there for something that isn’t compelling or authentic."