Please refer to our Privacy Policy for important information on the use of cookies. By continuing to use this website, you agree to this.
Home Latest PRSummit: Games Create Levels Of Engagement Most Marketers Can Only Dream Of 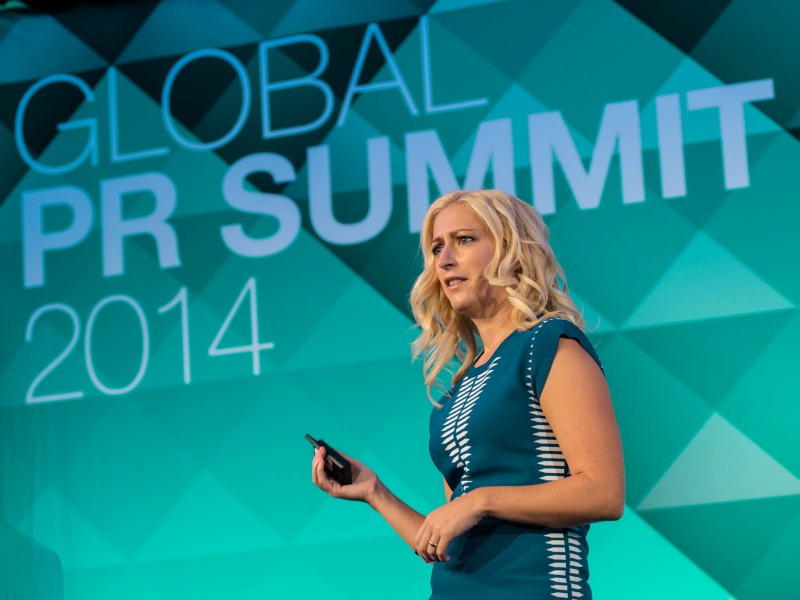 PRSummit: Games Create Levels Of Engagement Most Marketers Can Only Dream Of

MIAMI—Games provide a level of engagement that many people around the world are unable to find at school, at work, or in their real-world communities, game designer and futurist Jane McGonigal told the Global Public Relations Summit this morning, during a session on “What Marketers Can Learn From Game Designers,” sponsored by global public relations agency Ketchum.

McGonigal began by citing research showing that one billion people around the world spend at least one hour a day playing online games, and that those people spend seven billion hours a week gaming. More troubling, other studies have found that one in four Call of Duty players call in sick the day a new game is launched.

That’s because 81 percent of global workers are disengaged, according to Gallup, costing billions of dollars in productivity. And that lack of engagement starts early: the longer Americans stay in school, the less engaged they become. It also extends beyond the work world: Pew Research has found that 52 percent of Americans feel they have no direct way to help solve problems in the community or impact the world around them.

While there has been a lot of focus on the negative aspects of gaming—violence in games, and lost productivity—McGonigal’s research shows that more gamers are engaged in social activity, working closely together with others online to achieve common goals, and that the emotions most strongly associated with gaming are positive.

Some games can do this in very specific ways, like a game that put the player inside the human body, using weapons to destroy cancer cells. It was designed for young cancer patients, and had a significant positive affect on compliance with long-term drug regimens. “It tried to get people to think of their medicine as a powerful weapon that they were in control of.” Researchers found that young people who played the game were less likely to miss doses of their antibiotics over the next six months—as well as higher rates of self-advocacy.

“These kids felt so much more capable,” McGonigal said.

Neuro-scientific research has shown that gaming stimulates the hippocampus, the part of the brain associated with learning and motivation. This explains how playing a game for even a few hours gives a powerful feeling that gamers can recall even months later. It helps people feel “realistically optimistic that they can overcome challenges.”

Another game that McGonigal worked on—seeking to harness the power of online games like World of Warcraft—helped the New York Public Library bring young people into its physical space.

“They had some really terrible ideas that were maybe a little more classic, but were about manipulating young people into doing what the library wanted them to do. But a good game gives people the opportunity to do things they want to do.”

McGonigal’s research found that 75 percent of young people wanted to write a book someday, and designed a game that would allow the winner to become a published author. The resulting game focused on the “underground city of books” below the Library, with eight levels corresponding to their eight physical levels of books. After an online ad, 10,000 young people applied—each of them writing an essay—to play the game and 500 winners were locked in the library overnight to play the treasure hunt-style game.

By the end of the night, the participants had created 1,184 stories about the kind of world they would like to make, which were turned into a book, “100 Ways To Make History.” And the biggest metric of the project’s success is that the book was added to the rare books collection at the Library, making it “one of the most important books” in its collection.