Please refer to our Privacy Policy for important information on the use of cookies. By continuing to use this website, you agree to this.
Home Latest PRSummit: In Business As In Politics, Words Matter 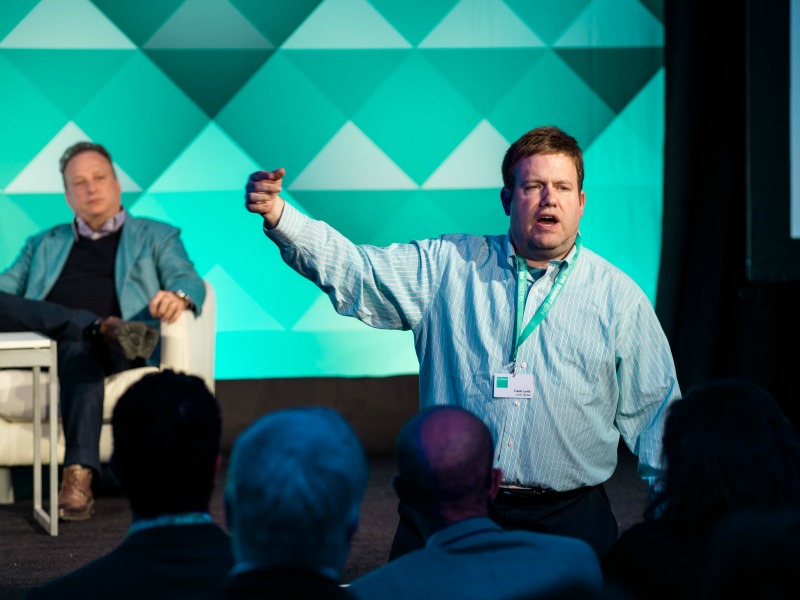 PRSummit: In Business As In Politics, Words Matter

Pollster Frank Luntz tells communicators why they must focus on 'ordinary people'.

MIAMI—Communicators need to use words that focus on the lives and problems of ordinary people, not on the strengths and capabilities of their own organizations, veteran pollster and communicator Frank Luntz, president of Luntz Global told the Global Public Relations Summit this morning, at a session looking at language, entitled “It’s Not What You Say, It’s What You Hear.”

Luntz contrasted two financial services ads, the first promising “When it’s time to make a better tomorrow you can count on us”; the second telling consumers, “You worked hard for your money. It’s time for your money to work hard for you.” The second was preferred by 83 percent of consumers.

Said Luntz, “It’s all about the consumer, not the company.” In politics, he said, “it’s about how things impact ordinary people, not about ideology.”

The questions that communicators need to ask, over and over: “What does peace of mind look and feel like to you?” And in a perfect future scenario: “Where are you, who are you with, and what are you doing?”

In conversation with Miles Nadal, CEO of panel sponsor MDC Partners, Luntz explained the importance of the order in which companies address issues. In crisis, for example, it is important to speak about the people who have been impacted by the issue first, showing empathy, before talking about the company’s responsibility—even before apologizing.

It’s also a good idea to avoid words like “promise” and “pledge” and to use words like “commitment,” preferably with the suggestion that people hold politicians or companies accountable: “If we don’t meet that commitment, throw us out.”

And finally, “we don’t trust CEOs, but we do trust business leaders. You should be the leader of the company, not the chief executive officer. It changes the way employees regard who they work and how consumer and others think about the company. Change the title and you change how people perceive that individual.”