Please refer to our Privacy Policy for important information on the use of cookies. By continuing to use this website, you agree to this.
Home Latest Qatar: One Year On, Boycott Hurts PR Industry 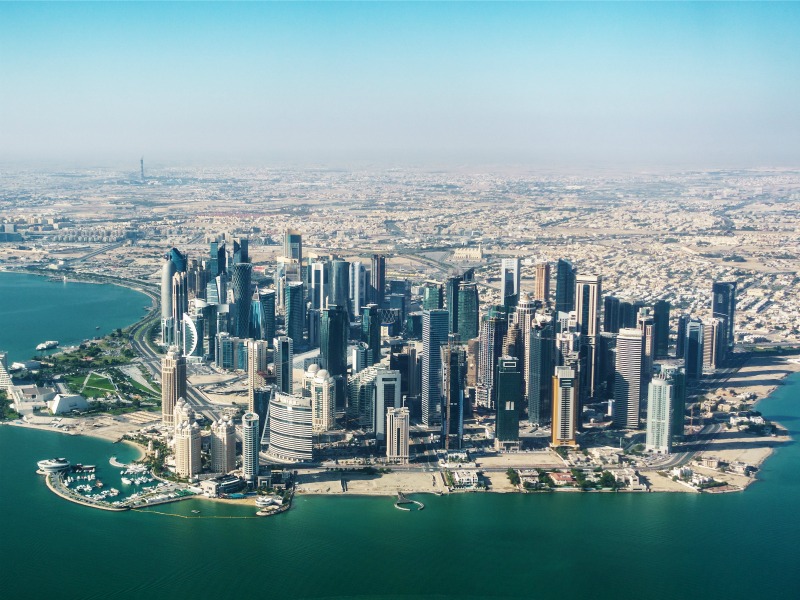 A year ago this month, three of Qatar’s neighbors — Bahrain, Saudi Arabia and the United Arab Emirates — plus Egypt severed ties with the Gulf state, cutting off exports, expelling their citizens and banning Qatari flights from using their airports and airspace.

The four states launched the blockade on June 5 last year, ostensibly to pressure Qatar to change its policies of supporting opposition Islamist groups and promoting relations with Iran. Qatar, with a population of only two and a half million and a number of high profile PR accounts such as the Qatar Foundation, Qatar Airways, Al Jazeera and Ooredoo, has weathered the storm by drawing from its substantial cash reserves and leveraging its extensive political relationships abroad.

The boycott has had profound effects on the PR industry, not just in the region (much of the work done for Qatar-based organizations was handled out of the region’s PR hub in Dubai), but also for lobbyists and firms in London and Washington. The Holmes Report spoke to a number of senior practitioners in the region, all of whom agreed to speak only off -the-record, to understand how the Qatar boycott has affected the industry.

The current boycott didn’t initially concern many senior practitioners in the region; There was a similar dispute in 2014 between the two sides, which lasted for eight months and which was marked by the withdrawal of ambassadors from Qatar. However, the decision to stop flights from Bahrain, Egypt, Saudi and the UAE, as well as the escalating media war, both in print and online, made agency heads and those client-side realize that this time was different.

“We experienced something similar in 2014, with the last flare-up in relations, but we never thought it’d be as comprehensive as this,” one Dubai-based agency head with a client base in Doha told the Holmes Report. “The travel ban in particular has complicated our work with our Qatari clients.”

For many agencies in the Gulf, which have Dubai as their hub and service clients by traveling in and out of neighboring markets, the boycott has complicated client servicing. A flight from Dubai to Doha would take less than an hour when flying direct; Now, agency staff need to fly to Doha via Kuwait or Muscat, a trip of at least 10 hours.

“We’ve been asked in for pitches in Doha, and it’s become a challenge to get people out there. If they’re flying there and back from Dubai, we’re effectively losing them for two days. The day trip made sense, but with current workloads and the added costs, does it make sense to send people?”

While Dubai-based agencies may be counting the costs of the difficulties associated with servicing Qatari clients, others have gained an advantage. One large advisory firm now services clients in Doha and those wanting work done in Qatar through its London offices. “It’s quicker to fly between London and Doha than it is from Dubai indirectly, and we’ve won business by switching client servicing from our Middle East offices over to our London HQ. Our office in Dubai has effectively lost Doha accounts to offices outside of the region. We’ve also had to move some talent to these offices, so that we have a sufficient level of regional knowledge for our Qatari clients.”

The conflict may have impacted the bottom line of Dubai firms, but others have benefited from the upsurge in spending. Writing in this month’s Foreign Policy magazine, senior fellow at the Tahrir Institute for Middle East Policy Hassan Hassan wrote that the amounts being spent on public relations by Qatar, Saudi Arabia and the United Arab Emirates have funded a boom in both advertising and lobbying, particularly in Washington, as they seek to win support.

“One source with knowledge of the Gulf’s lobbying efforts estimated that Qatar has spent about $1.5 billion on PR efforts since the crisis. Similar amounts were expected to be spent by Saudi Arabia. Unlike other countries that were continuing lobbying efforts that existed before the crisis, such as the UAE, Riyadh and Doha are widely recognized to have upped their PR efforts before or in the lead-up to the crisis. Ad campaigns on channels like CNN were canceled out by counter-ads on the same channels.”

The boycott has also transformed the Gulf’s online space, with both sides being accused of using bots, fake news and hacking to promote their narrative. Research by Ben Nimmo, a senior fellow at the Atlantic Council, found bot nets being used to promote pro and anti-Qatar statements on Twitter. Bots have also been used to promote fake news.

"It's not only a political battle, it's also a media battle [between the two sides]. We have a huge problem in the Arab world just as you do in the West. Fake news is everywhere,” Dina Matar, a senior lecturer in Arab media and political communication at SOAS, told the BBC. “Arab politicians and leaders are completely aware that the media is important and that the media is an important weapon. It is a weapon for propaganda, a weapon for private and public interests."

With little hope for a resolution to the year-long stalemate, agency heads are hunkering down. Whereas over a year ago, Qatar was an expansion market for many agencies based in Dubai, they’re now turning their eyes towards Saudi, and the potential of winning contracts to support the Kingdom’s Vision 2030 strategy.

“We’ve lost business worth several hundred thousand pounds in Doha due to the boycott. But it’s a hit we’ve had to take, as we have no choice owing to the stance of the UAE where we have our regional base. Instead, we’re looking to expand into Saudi Arabia, and hope that the revenue gains there will offset our losses. I think what we all hope is that there’s an end to the boycott and the dispute, but me or everyone I know doesn’t think this will happen. We’re in this for the long-haul.”