Please refer to our Privacy Policy for important information on the use of cookies. By continuing to use this website, you agree to this.
Home Latest Romanian Immunization Campaign Wins Best In Show At EMEA SABREs 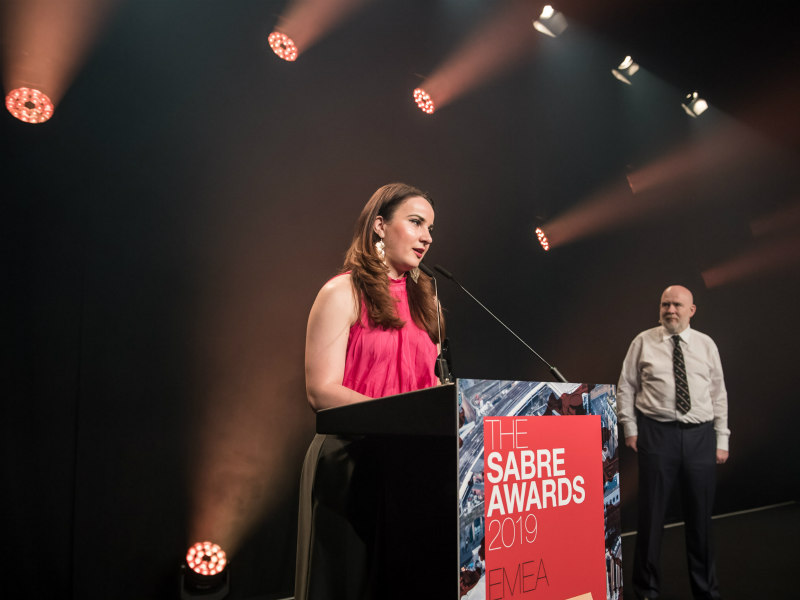 “Protect Her Wings,” a Romanian campaign to persuade women to get tested for cervical cancer and raise awareness of the HPV vaccine, was awarded the Platinum SABRE Award .

LONDON—“Protect Her Wings,” a Romanian campaign to persuade women to get tested for cervical cancer and raise awareness of the HPV vaccine, was awarded the Platinum SABRE Award for the best public relations program in the region at the 15th EMEA SABRE Awards ceremony in London last night.

The campaign, conducted by Rogalski Damaschin Public Relations for MSD Romania, addressed a vaccination crisis: only 2.5% of the eligible population received vaccinates and three out of four women had never heard about the HPV vaccine. By the end of the campaign, more than half of women had been tested in the past three years, and 61% were aware of the vaccination.

“Protect Her Wings” beat out four other finalists for the Platinum award:

Other big winners on the night were Edelman, which saw five of its client campaigns take home SABRE trophies, and Weber Shandwick, just behind with four.