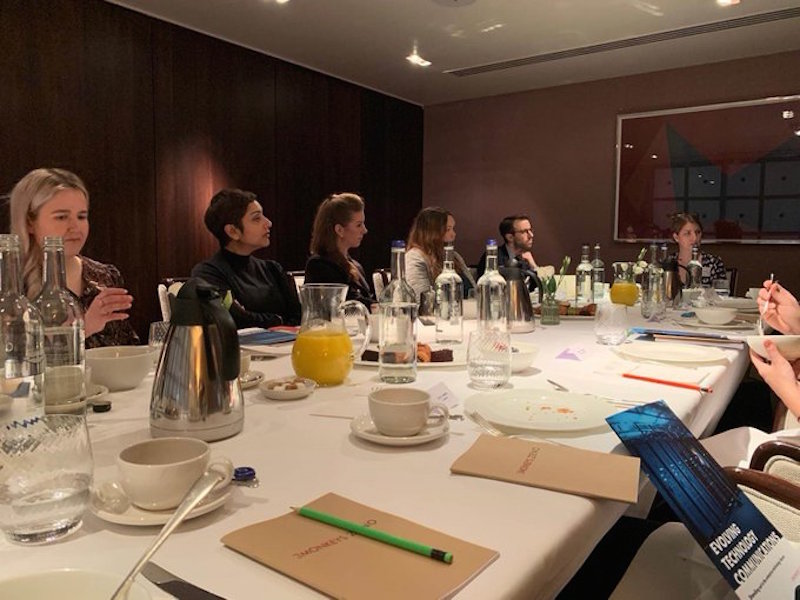 In-house technology communications leaders, researchers and journalists joined 3 Monkeys Zeno to talk about the evolving relationship between tech PR and the media.

LONDON — We were already saying that “every company is a technology company” well before Covid-19 hit: now, it’s more true than ever that technology is at the heart of every business, societal and social function.

Even before the pandemic we’re now working through, the days of hardware and software businesses targeting IT departments via specialist tech media were over; apps are plug and play, removing barriers to entry for businesses of all sizes and budgets. And reaching these broader audiences through the business or vertical media is now arguably as important as being in the tech trades.

PRovoke Media and 3 Monkeys Zeno recently convened a roundtable discussion in London, during which agency and in-house communications practitioners and journalists debated whether technology PR expertise can still be a standalone discipline, or if the days of being a technology comms specialist are over.

The closed-door conversation took place in the early days of the Covid-19 outbreak in Europe, just before the UK went into lockdown, and featured panellists and in-house guests including:

"But often when we try and pitch those enterprise tech start-ups to the media, we’re told that the stories are too niche and audiences won’t care about them. So we wanted to find out what tech brands are doing right and doing wrong, the role of technology communications now, and how we can really make sure we’re giving the best advice to the brands we work with.”

Lucas said the dynamic between technology PR agencies, in-house professionals within enterprise technology companies, and the mainstream and specialist media had evolved along with the industry over the past decade.

“Previously, the tech comms landscape was products focused, with a wealth of titles that were really focused on those stories and had space and time to work on them, and that has really changed. The need for enterprise technology is more business critical than it ever was, with products now becoming strategically important and making a transformative difference to businesses, but the communications landscape hasn’t quite caught up,” he said.

Lucas said powerful storytelling was still a challenge for enterprise technology companies: “We often still find silos between in-house marketing teams, which affects how you can build strong stories: if we can’t show where the transformation is, or struggle to find that area of tension that shows the transformative nature of the technology we’re trying to talk about, those stories tend to fall flat.”

And he underlined the need for technology brands to understand the continued power of the trade media, even if they considered their news to now be mainstream: “Some brands don’t have any desire to be in the tech trade media, but there’s still an important role for those titles. Everyone gets very excited about their products, and where there is a need to reach business audiences and they see themselves as talking to the C-level, but often they forget it’s the IT leader who is making the procurement decision and has to make it work for those businesses.”

Lucas also said that as messaging was shifting from product specifics and benefits to business transformation, it was important to “always try to show the human edge of technology innovation.”

This new focus on storytelling was echoed by another panelist, technology journalist Ben Woods. The former technology and media correspondent for the Sunday Times, who has also written for PA and the Telegraph newspaper, laid out how the media landscape has changed, and the challenge for tech comms professionals trying to engage journalists and editors.

“There’s no use just trying to get into mainstream media – it’s a big gamble and you can only really do it if you’ve got a certain type of story to tell, and that’s only going to come round once in a while,” he said.

“For instance: if you’ve got a big investor coming on board; if you’re growing and taking on a certain number of staff; if your product is disruptive enough that it’s going to upend some of your competitors. A cyclical product launch is just not going to capture attention and you’ll be disappointed very quickly if you haven’t got that key change in the business.”

Reinforcing Lucas’ point that tech stories need to have a human angle, Woods said that personality was another key element if the mainstream media were a target: “If I’m talking to a company, I really want to know who the chief executive is, what are they like as a character, what’s the board like, who are the key investors? The people who are reading this stuff are investors, and everyone connects with people.”

And Woods also underlined a point that technology companies don’t always appreciate: the continued importance of technology trade titles as a source for mainstream news outlets: “They are absolutely crucial to journalists working on national newspapers, who are combing through them the whole time looking for national angles – it’s not an either/or situation. Just focusing on the mainstream media is a mistake: you’ll be missing opportunities.”

Woods added that another aspect of the changing dynamic between clients, communicators and journalists was an increasingly tech-savvy mainstream readership: “What’s changed for me is the end reader. The everyday Joe is so aware of technology now. There was a sense before that it was perhaps a bit alien – the guts of machines, the chips, the data – but now there’s a level of interest and understanding that is a lot deeper, so you can’t patronise.”

As a journalist, Woods’ view was that as a result, the need for technology communications specialists who know their subject inside out has never been stronger: “Stories and issues, for instance around data, can come to the fore very quickly and can be interrogated by the media very quickly. A good example is the ongoing situation with Huawei: who would have thought that PR professionals would have to be explaining the intricacies of mobile phone networks and outer frequencies to the general reader? That’s expert technical knowledge that overlaps with public affairs and politics.”

Underlining the continuing relationship between technology companies and the trade media, via their comms teams, the panel also outlined some new research results.

Earlier this year, global technology market research specialist Vanson Bourne published its State of Enterprise IT paper, which found that tools that were once the realm of the IT department are now just as likely to be used across the whole company. This shift means the percentage of IT spend that sits in other areas of the organisation is on the rise, up between six and seven % annually for the past four years. Over half (57%) of IT strategy decisions are now shared between IT and other business areas.

In advance of the roundtable, 3 Monkeys Zeno commissioned Vanson Bourne to ask some supplementary questions of 100 IT decision makers in UK businesses in organisations of more than 1,000 people.

The first question was at what point would respondents look at media sources for information on technology products during the buying cycle? Vanson Bourne research manager Katie Noyce said the team found that, despite the growth of social media, influencers and other channels, the media still plays a vital role in the technology purchase cycle.

Noyce said: “IT decision makers clearly hold their industry media in high regard. The majority (82%) refer to technology industry publications for information on new and emerging technology trends, while national and business media are only used by 52% of those surveyed. Despite this, mainstream titles do still have an important role to play: 72% say that coverage of technology issues in these publications helps them to make a business case for purchases of new products and services.”

The second question was how the media is now reporting on enterprise technology, in terms of the most popular topics. Cybersecurity remained a hot topic, with both the volume of and engagement with coverage higher than others. Open source also ranked highly, thanks to its involvement in stories around tracking Covid-19 outbreaks.

The research also looked at what else is influencing enterprise technology purchasing. Interestingly, at the time the research was conducted, in February this year, events and conferences were the second most-referred to source of information on tech trends behind the media, with 70% saying these traditional tactics were still highly effective. Noyce said: “Trade shows were seen as key to experience products, as part of the customer journey.”

Lucas said that the ongoing cancellation of big tech events from MWC onwards due to Covid-19 posed interesting questions: “Going to events was always a key way of finding out about tech innovation. If we’re in a period of time where there aren’t going to be those kinds of events, it means that using media channels and finding more ways to connect via social will become even more important. If the events channel is not there, it makes everything else more important. We’re in unchartered territory, to say the least.”

Noyce pointed out that business podcasts were still an untapped communications channel for the IT community: while only 31% of respondents to the survey overall said they referred to podcasts for information on emerging trends, organisations of 1,000-3,000 employees were using podcasts more than events. “Maybe with events being cancelled, podcasts and webinars are the best way of bringing everyone together,” she said.

Events had always been an important source of news and content for tech journalists, said Woods, because of the access to senior leaders within technology companies. With the pivot to virtual events and video meetings, he said: “These days, everyone is pressed for time and the media is under a lot of pressure, but you’d still go to MWC because it was an opportunity to get face time with chief executives, which is very appealing. But if there’s still that opportunity for one-to-one face time and exclusive stories by dialling it, it’s very easy to switch.”