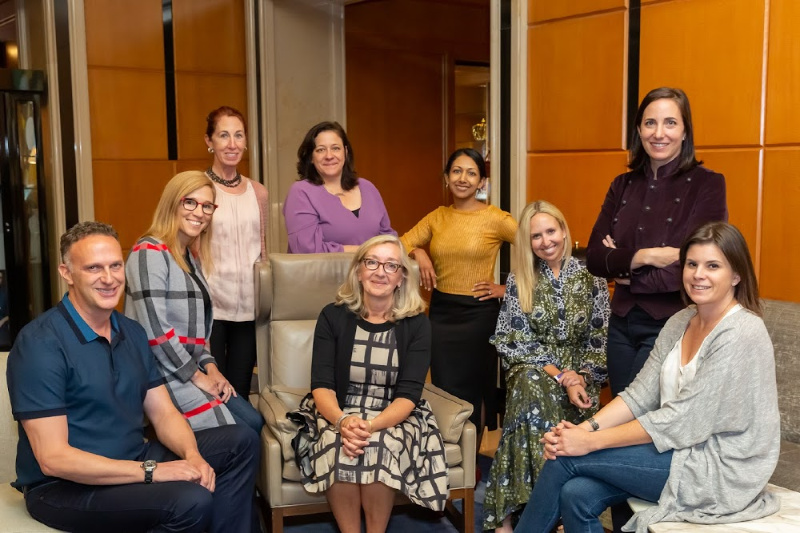 Communications leaders from the venture capital and startup world convened in San Francisco to talk about the role PR should play for emerging and high-growth companies.

There’s a bit towards the end of Paul Holmes’ epic analysis of modern capitalism in which he calls out the separation of investor relations from the rest of public relations: “Treating investor interests as separate from—and more important than—those of other stakeholders is a part of the problem...in a more stakeholder focused business, investors will be part of the broader stakeholder ecosystem, rather than above it.”

His piece came after the Business Roundtable updated its statement on the purpose of a corporation from simply to maximize value to shareholders to a more nuanced view that makes a “fundamental commitment to all of our stakeholders.”

We’ve explored the divide between PR and IR in a three-part series and, more recently, in a salon at the Four Seasons Hotel in San Francisco where we asked the question: what role should PR play during a company’s financial inflection points, especially when it comes to startups strapped onto a ride of funding rounds, acquisitions and IPOs. The conversation, sponsored by Method Communications, featured the speakers listed below. (The photo gallery from the event can be found here.) 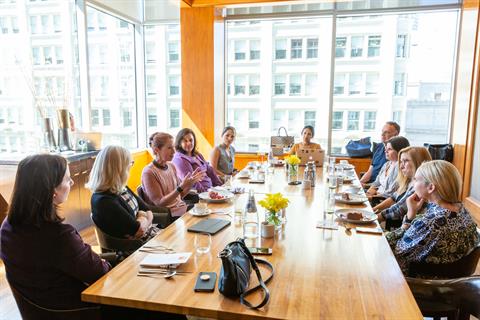 The conversation took place just as WeWork was spectacularly plummeting into catastrophe and other ex-unicorns — Lyft, Slack and Uber, among them — were trading well below their offer prices. The proverbial words on the street were “overvalued,” “excessive valuations,” “overhyped” — with apprehension that a more severe reckoning was coming.

Domo CCO Julie Kehoe (pictured below) echoed this sentiment:  “You need to have your business fundamentals story down — not just how you’re going to save the world. A strong business model, strong operating principles — it’s important to communicate that. There’s not a tolerance right now for companies that can’t.” 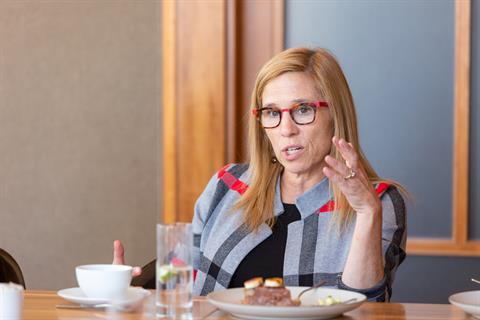 But Kleiner Perkins CMO Amanda Duckworth pointed out Amazon’s long path to, ultimately record-breaking, profitability — and that Slack probably will not be profitable for the foreseeable future.

“It’s important to remember that the companies most of us are working with are growth companies — and growth investors are looking for growth,” Duckworth said. “They really don’t care about profitability in the near term. They’re looking at: where is this company going, and they want the kind of returns you get from growth stocks versus value stocks. You have to be able to explain that.”

DJ Anderson, VP of communications at PluralSight described the current climate around startups as “a healthy skepticism.” Because PluralSight — an online learning company that went public in May 2018 —  isn’t a tech darling, “it was important for us to be really, really clear about our long-term prospects. This is the difference between IR and PR. When the S1 comes out, the press are going to look at couple of things and they’re going to report on that. They aren’t necessarily going to dig into the long-term profitability.” 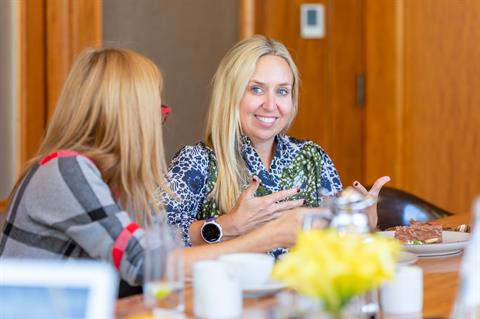 Rebecca Hahn (pictured above), chief communications officer at the scooter-sharing company Bird, said complicated business models must be translated in a way that people understand — “or they’re going to fear it and pick it apart in ways that you probably don’t want.”

“Comms should never be PR for the sake of PR -— it should always lead up to: what are the business goals you are trying to accomplish,” added Natalie Miyake at Sequoia.

‘PR is not just about marketing the bar of soap’

That there’s not enough business acumen among PR professionals is a long-standing complaint that usually surfaces in conversations about PR’s business contribution. While the issue has been persistent, no clear solution — other than continuing education — has emerged. Beth Haiken, EVP at Method Communications, says the problem stems not only from PR professionals coming from liberal arts backgrounds, but also the industry skews young.

“Their own finance knowledge is unsophisticated,” Haiken said. “They haven’t bought homes, they haven’t made investments.”

Bird’s Hahn says business education begins when job offers are made. Prospective employees want to “understand what is being offered” especially if it involves restricted stock units or other options.

“At Bird, there is a level of transparency from our executive team," she said. "We walk everyone through the path we’re on and the decisions that we’re making. We partner with our people team to help educate and provide resources on how to look at equity, how to look at a balance sheet. It’s a benefit that we can offer that people can take with them.” 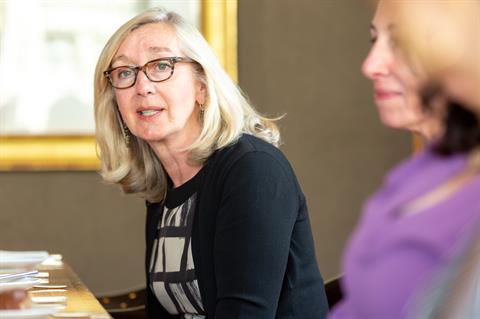 “At high growth companies a lot of financial education actually happens through people becoming equity owners and wanting to understand what that means,” Duckworth (pictured above) added, noting that some large agencies provide business boot camps for junior employees. “[PR] is not just about marketing the bar of soap. It’s about: where does the bar of soap fit into the production line? What is the distribution? How does its revenue contribute to the bottom line? The world of communications requires people understand this.”

‘Agencies perform best when there is a very clear agenda’

Every year, the Holmes Report surveys the 100 most powerful CCOs and CMOs from around the world. Interestingly, the survey findings from the Influence 100 — which is mostly blue chip behemoth brands — resonated with the communications leaders from startups. For instance, we found that 36% of the industry’s top CCOs and CMOs cite creative thinking and new ideas as the greatest benefit of working with an agency. Yet, tactical execution still leads the way for 43% of CMOs and CCOs. Meanwhile, strategic counsel and direction was only the top choice for 13%.

“You don’t need strategy everyday, but you do need to keep the ball moving forward everyday,” said Domo’s Kehoe, noting the value that agencies bring as company outsiders.  “I love having my agency partner as a sounding board when you just need a sound piece of advice from someone who is not in this world every day.”

Elisa Schreiber (pictured below), head of marketing at Greylock, said that clients bear some responsibility for the success of their partners. “Agencies are only as productive and effective as the internal management team that’s working with them enables them to be,” she says. “Are there structures in place to make sure that the agency is going to be successful?” 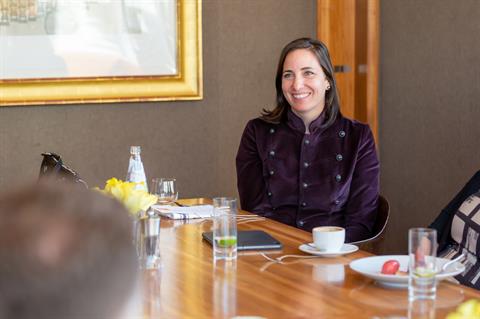 “I’ve always looked to bring in a partner agency to help me understand what I don’t know or what I might be missing because I’ve been stuck in executive meetings for the last six hours,” Bird’s Hahn added.

Kleiner Perkins’ Duckworth advocated for doing away with the retainer model. “I find that agencies perform best when there is a very clear agenda — a clear beginning, clear end, and a clear set of deliverables. I think it’s the ongoing retainers that become deadly. It’s very hard for the agency to sustain relevancy and ideas; the relationship gets stale and the client becomes frustrated.”

Method’s Haiken said smart agencies will understand their value is in versatility and flexibility. “There are times when you need arms and legs. There are other times when you don’t need that at all — you need someone really senior who’s been through this before.”

‘Your story is your best recruiting tool’

Given the numerous challenges around hiring talent, especially engineers, in the San Francisco area, the conversation explored the role communications can play in recruitment and beyond. Hiring talent is one piece, but keeping these employees engaged pays huge dividends. Not only are engaged employees more productive, their organizations experience less turnover and employees tend to be healthier.

“Internal communications should be thought about as a long game,” said Chantelle Derby (pictured below, center), VP of communications at Accel. “It should start long before you’re thinking about how to communicate a liquidity event. It’s just critical.” 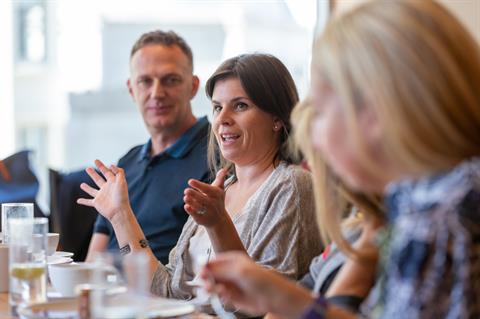 “In a high growth company, talent is critical and can be the difference between success or failure,” said Duckworth. “Getting the company story right is critical — it can be your most important recruitment tool.”

Bird’s Hahn said that while a company’s story is its recruiting tool, the spokespeople that a company puts forth also makes a big impact on how the story is received.

“We have a town hall that our CEO does every quarter after earnings,” PluralSight’s Anderson added. “The message to Wall Street isn’t always going to be the message to your employees. You have to be able to explain that and bridge that, especially if it’s not good news.” 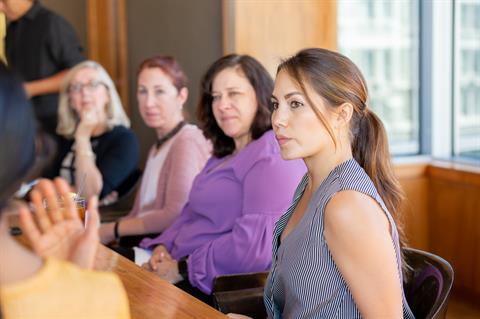 “I’ve seen companies bring people along before there’s news — tell them what’s going to happen and what it means,” Schreiber said. “When you treat them as trusted allies, they can be your most effective advocates.”

The inevitability of change in the volatile startup world was clear throughout the conversation — and perhaps now more than ever as the world at large is also experiencing unprecedented turbulence. More entrepreneurs, feeling like Silicon Valley is unsustainable, are leaving to build companies elsewhere; the tech giants are embattled players in the 2020 US presidential election; and the tech sector is amassing a dizzying, unfathomable amount of personal data.

Perhaps that’s why there is something comforting in the role that public relations can play for fast-moving companies emerging during especially unstable times. As Bird’s Hahn said: “Your message needs to be consistent and you need to own it and you need to repeat it to make sure it gets out there in all the right places.”