Please refer to our Privacy Policy for important information on the use of cookies. By continuing to use this website, you agree to this.
Home Latest S4 Capital Snaps Up H&H Group's Tomorrow China 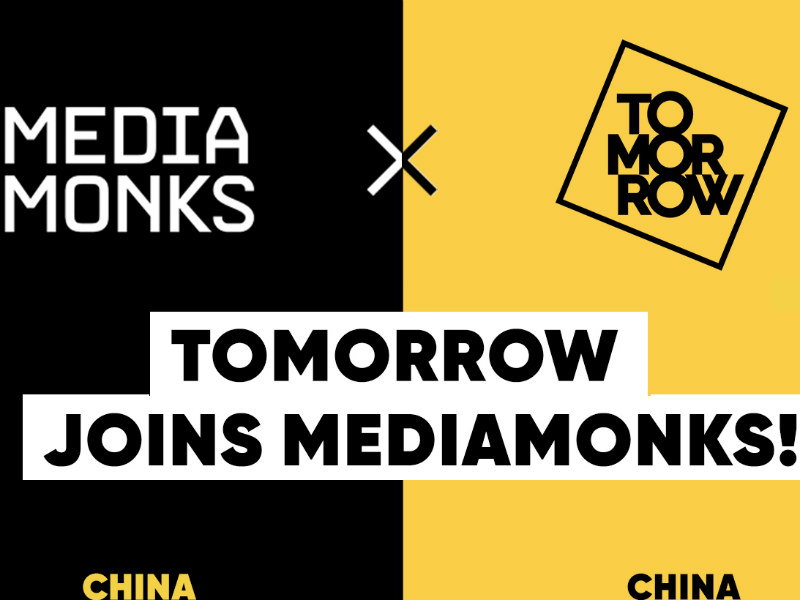 Tomorrow, which will merge with S4's MediaMonks, was previously part of Sweden's H&H Group.

H&H Group president and CEO Martin Petersson confirmed that the company had sold its majority stake in Tomorrow, which is now 100% owned by S4 Capital. "We are very happy with the terms and it has been a great journey," said Petersson. "I am convinced that Rogier and his team will have great opportunity joining MediaMonks and S4."

Bikker will lead MediaMonks China, which now numbers 75 people. "Being one of the very last foreign-run creative agencies in China that was still independent, I was approached by almost all the traditional advertising networks over the past year," said Bikker on LinkedIn. "But none of them felt right. Until I met the amazing guys at MediaMonks, S4Capital and Sir Martin Sorrell himself.

"Their ambition to disrupt the industry with a tech-led, new age/new era, digital advertising company with in-house production fits perfectly with how we at Tomorrow see the future of our industry."

Post-merger, S4Capital will now have around 500 people in Asia-Pacific across its content and data and digital media practices out of a total of approximately 4000, worldwide.

“I’ve always been a raging bull on China’s economy, its consumers and its brands," said Sorrell. "I’m delighted to welcome Rogier and his colleagues at Tomorrow to the S4Capital family, in what is a priority market for us and one of several more moves in what will become the largest economy in the world."